GHOST CAN DO NO WRONG IN GLASGOW 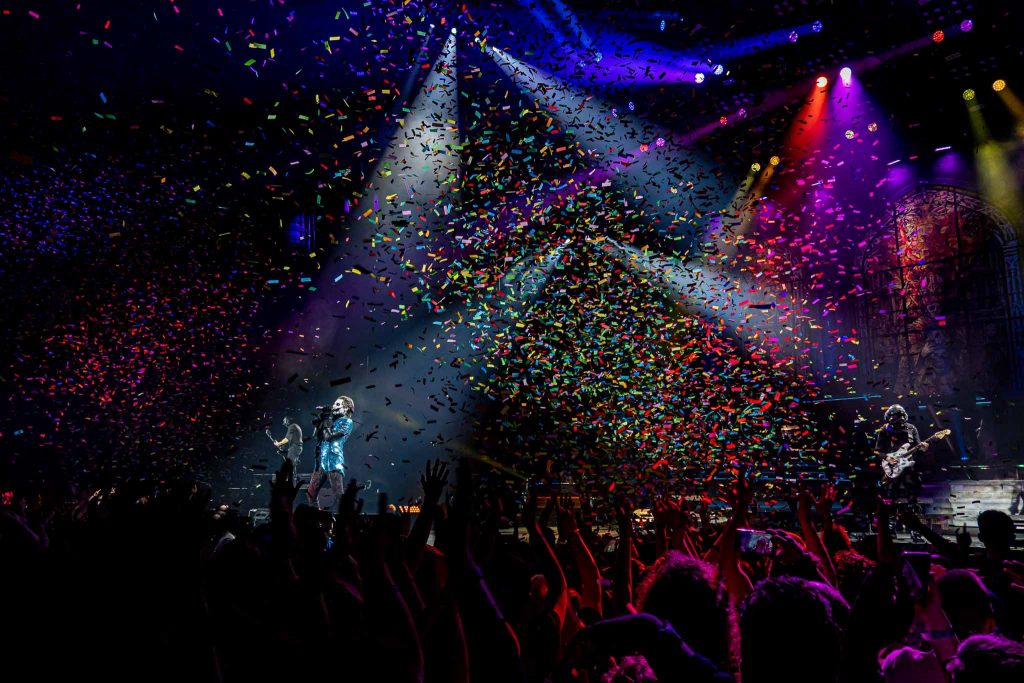 THERE’S NO ARCHETYPAL FAN WHEN IT COMES TO GHOST, THEY HAVE A UNIVERSAL APPEAL TO ALL AGE GROUPS. THERE’S NO DOUBT THEY ARE A PHENOMENON AND WITH EACH ALBUM, THEY’VE CONTINUED TO GROW EXPONENTIALLY.

It’s all the brainchild of Tobias Forge who is the only named person adorning any Ghost lineup. His army of Nameless Ghouls that back him up so perfectly do their best to steal the show with their playful antics but all eyes are on Tobias, he commands attention.

It had been three years since the band graced the OVO Hydro in Glasgow and the fans had turned out in their droves. Many in costume and face paint, the fan base love to replicate their on stage heroes.

The new album Imperia released prior to the tour, tells of the rise of Empires, how prophetic as GHOST continue to build their own musical one!

Doors opened at 18:30 and despite the long queues there was still a good crowd in the arena when the first band took to the stage. Twin Temple, a “doo-wop” duo and their band put a twist on the 50’s style music by adding in their own satanic spin on the genre. Songs of sex, death and Satan, an eerie stage presence and rock ‘n’ roll soundtrack set them apart. Partners in crime and real life, Alexandra and Zachary James are stunning to watch on stage. The devilish duo asked the crowd to join them under the sign of the “horns” as they seek to invoke the devil for their performance. Great way of engaging any potential allegiance. There may have been no satanic orgy, but they certainly left an impression on the audience. 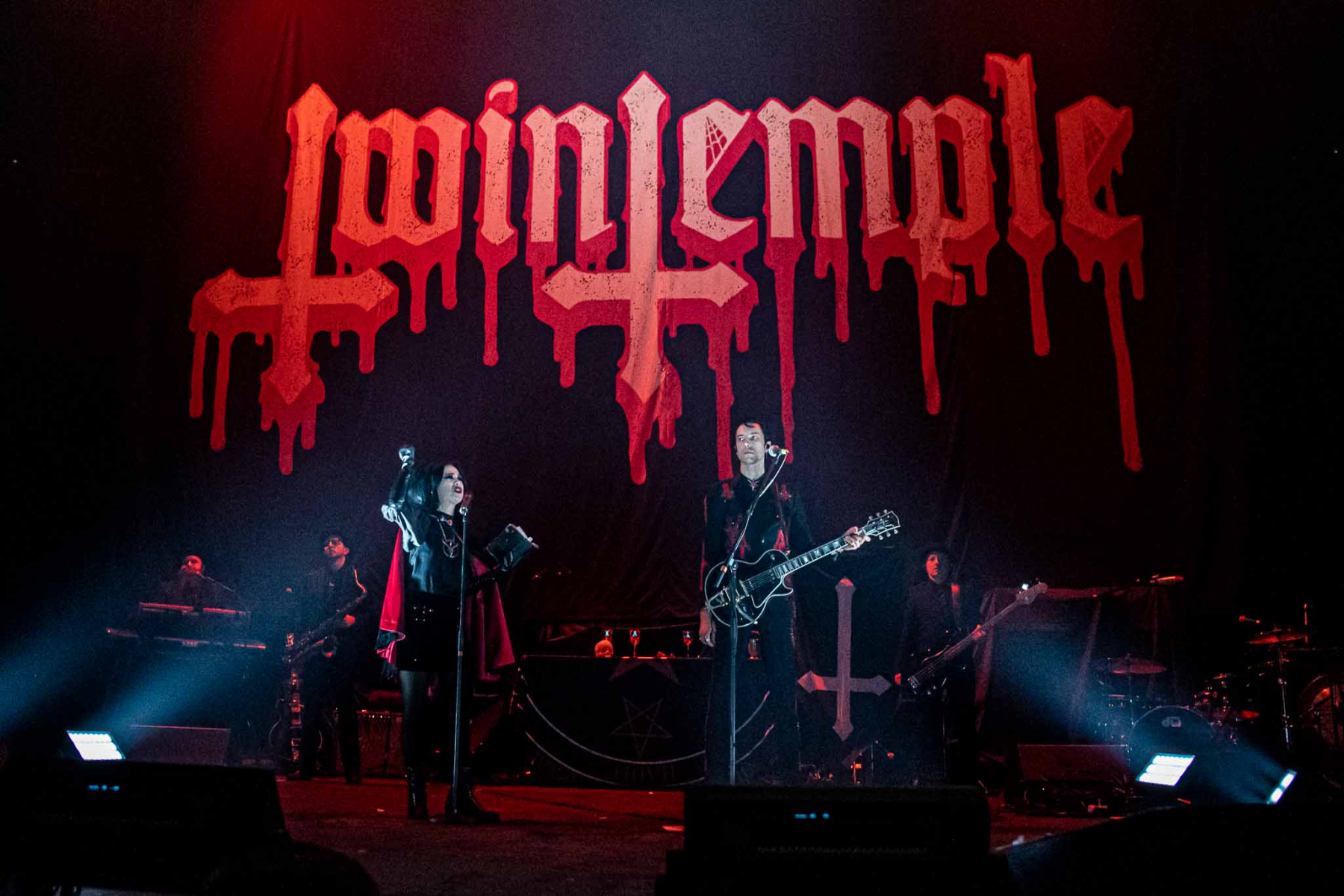 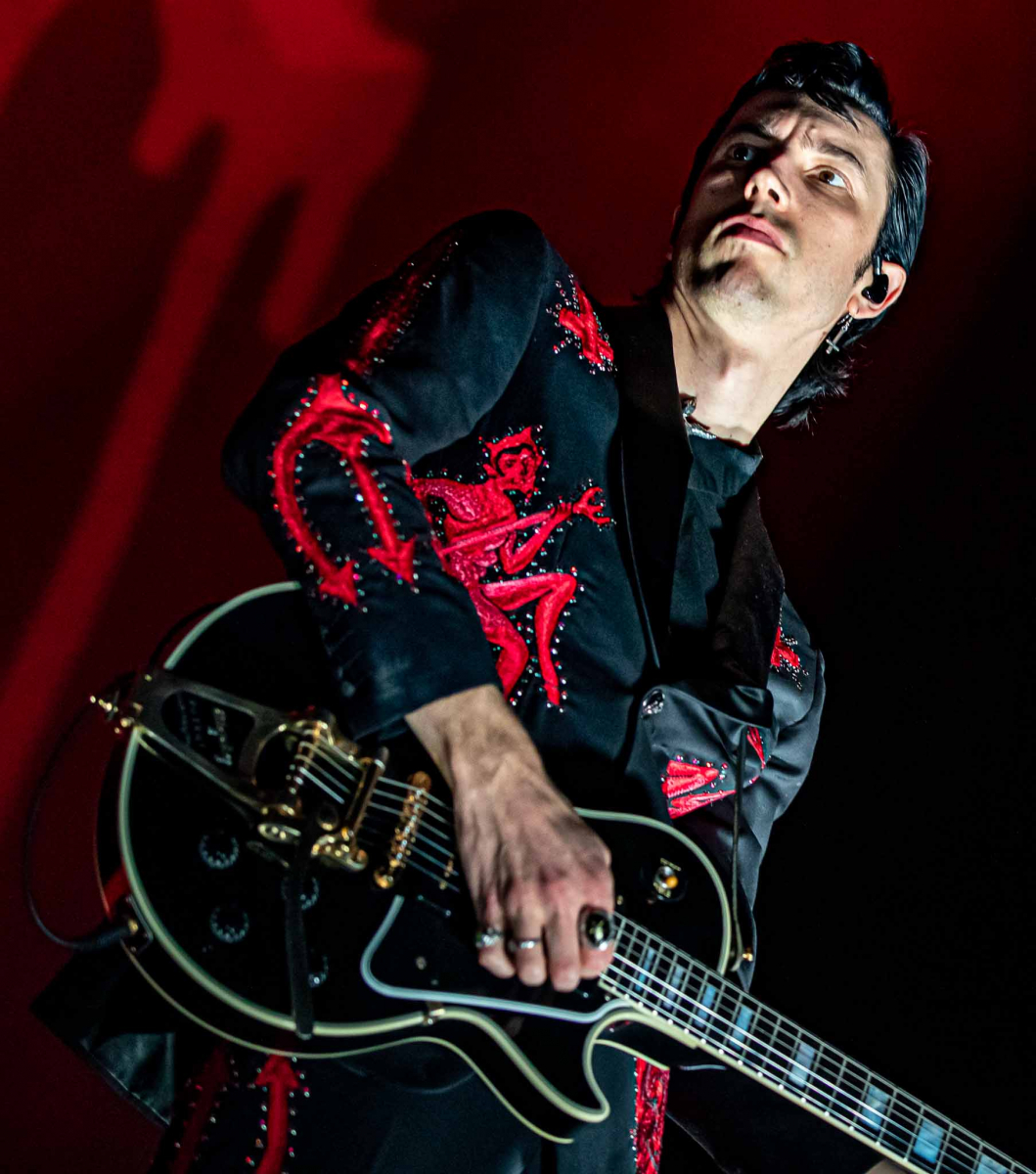 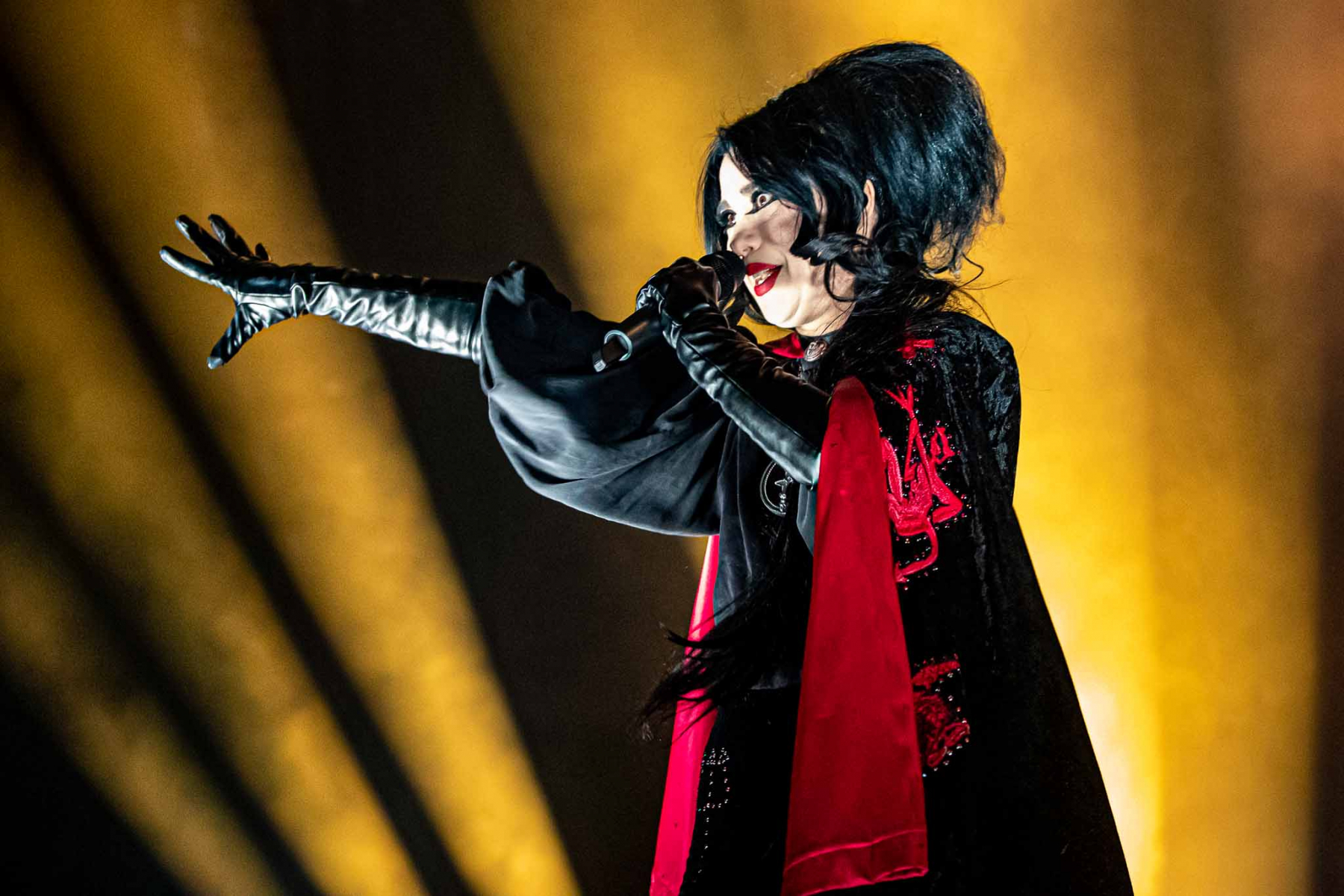 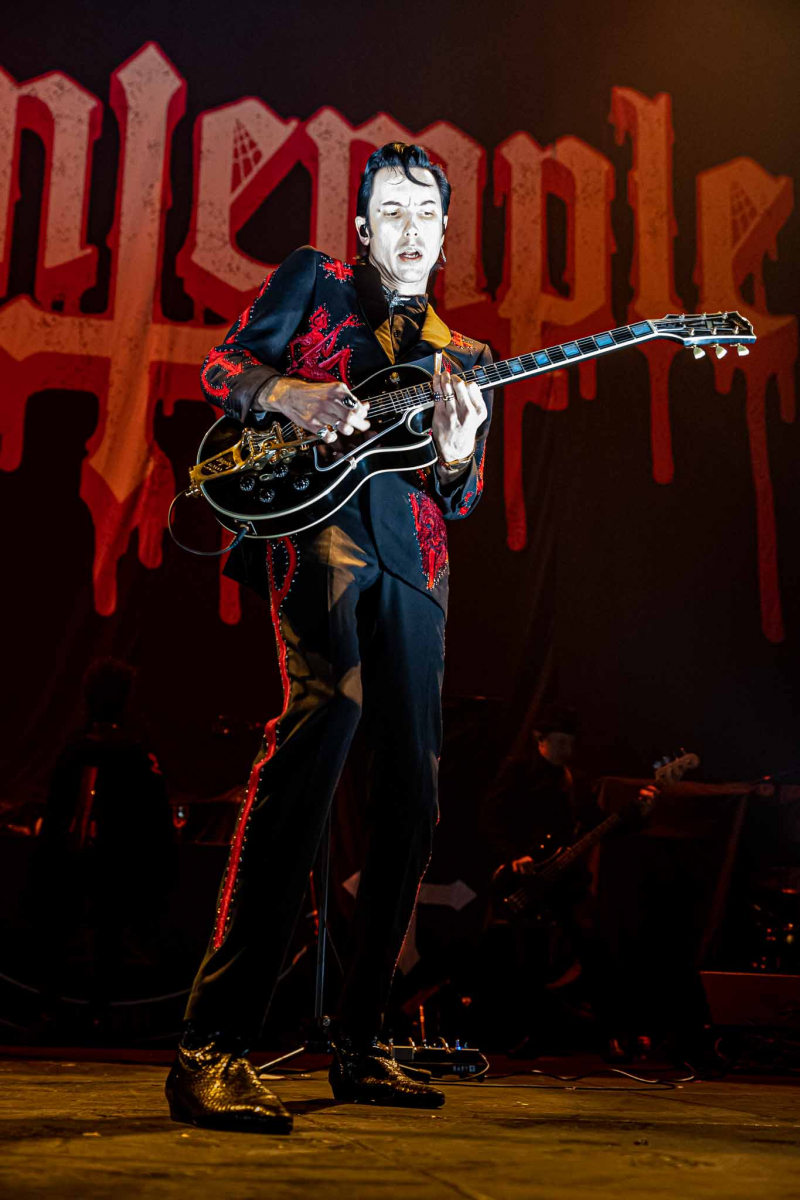 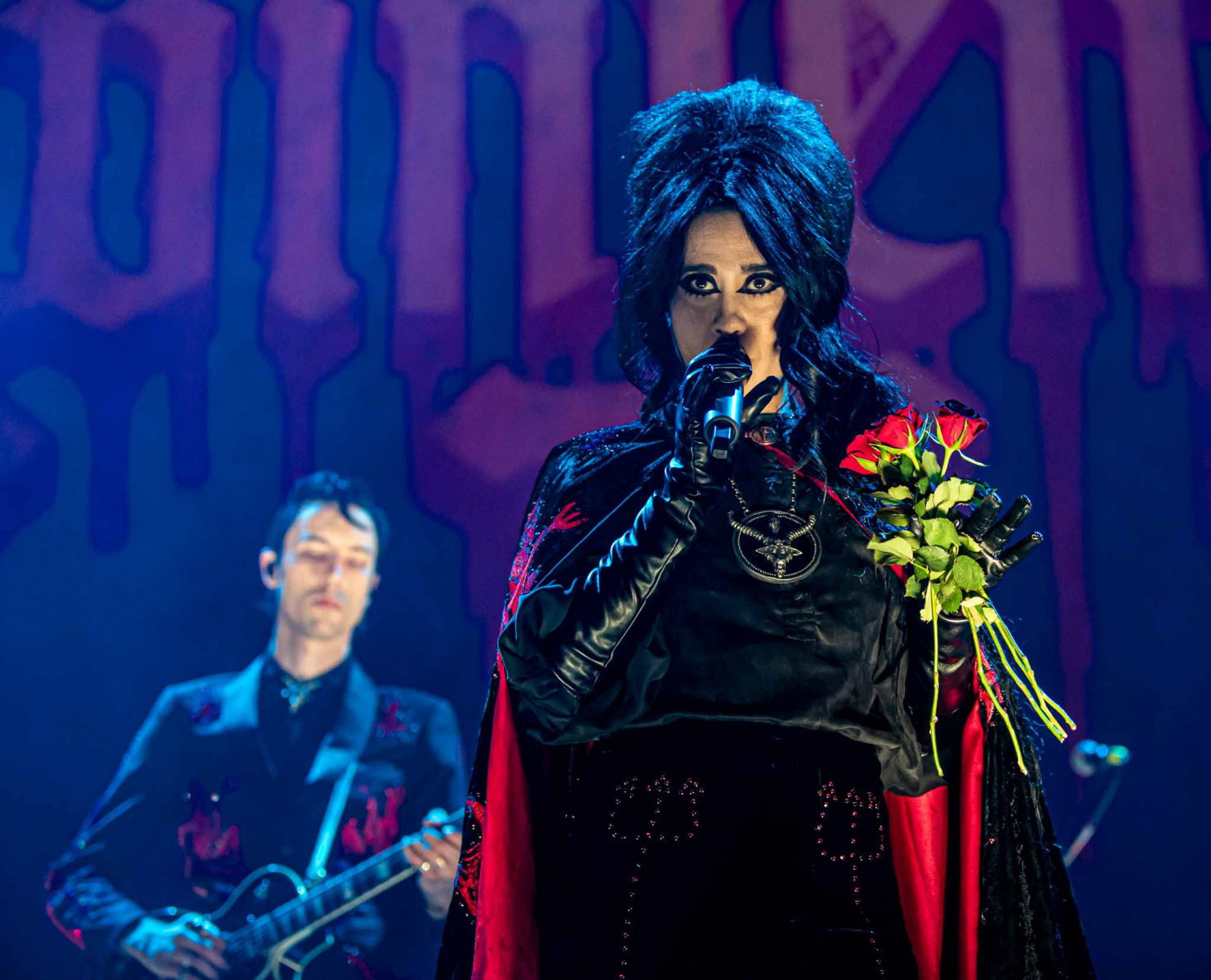 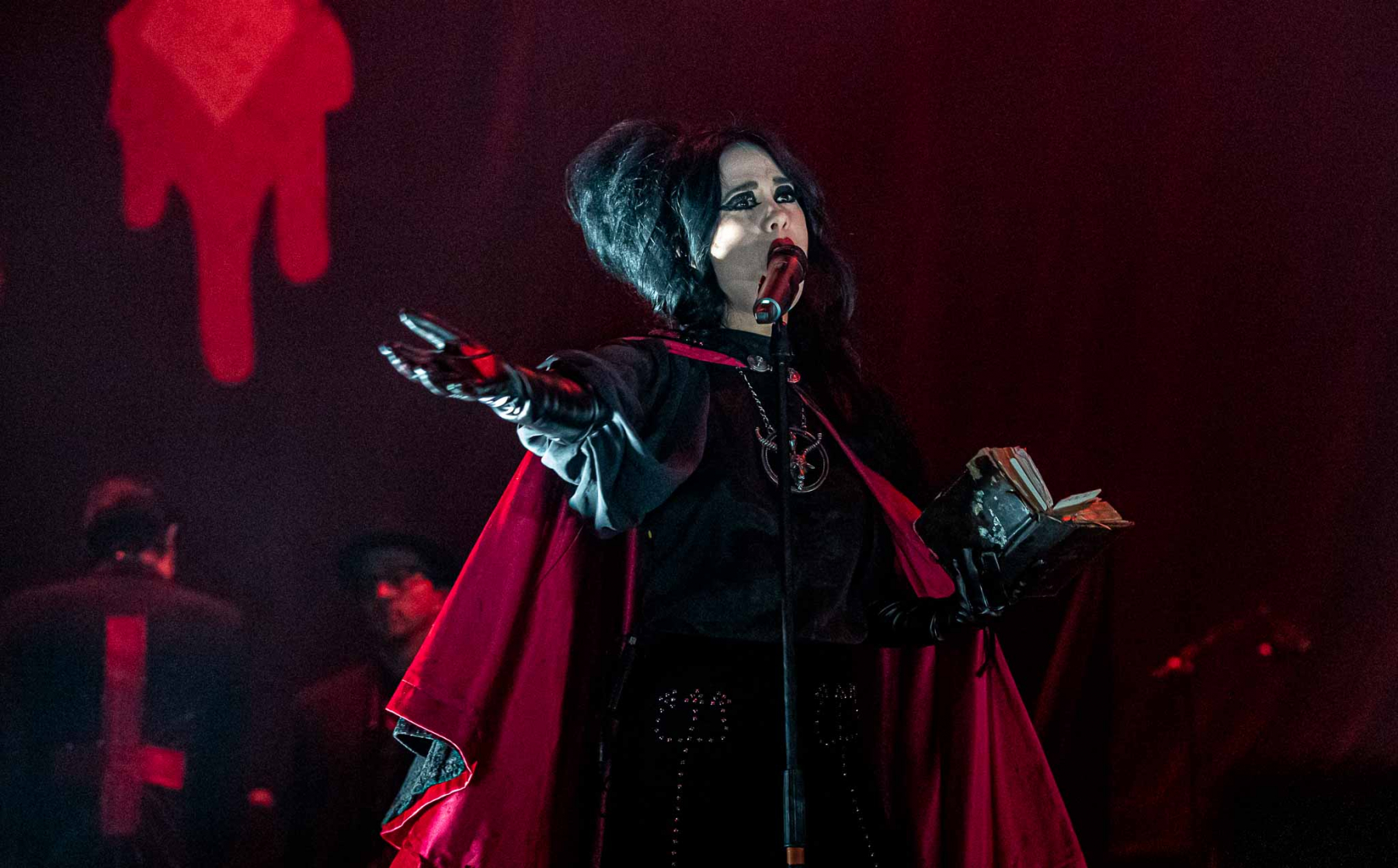 In stark contrast to the visual appeals of Twin Temple, Uncle Acid and the Deadbeats maintained the dark tone with their heavy grunge/stoner rock steeped in Sabbath style guitar licks. The huge venue dwarfed the four piece and set far back on the stage so not as accessible to the crowd. This didn’t daunt the doom laden rockers as their bassist, Justin Smith rocked out the entire show. His hundreds of hair flicks were impressive and rarely matched by his band mates. The huge venue was filled with crushing chugging chords as the band played I’ll cut you down from their 2011 Blood Lust Album. The track draws similarities to Queens of the Stone Age and wouldn’t be out of place on a Dessert Sessions album. There’s some great guitar solo work on 13 Candles from the same album. The twin guitars worked well as the continuous bass runs in the background were supplemented with great free form drumming. The crowd swelled during the set and so did the levels of appreciation. 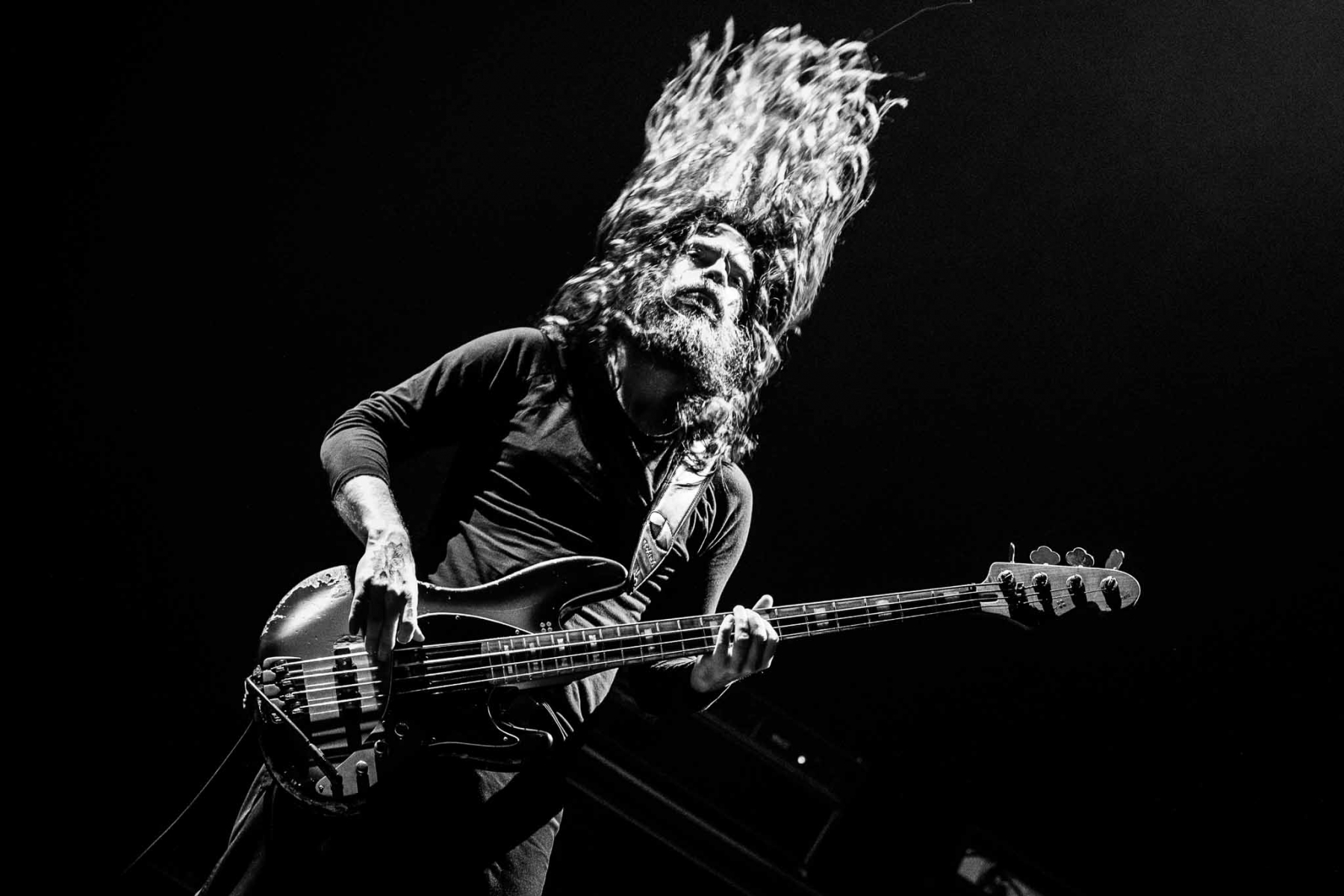 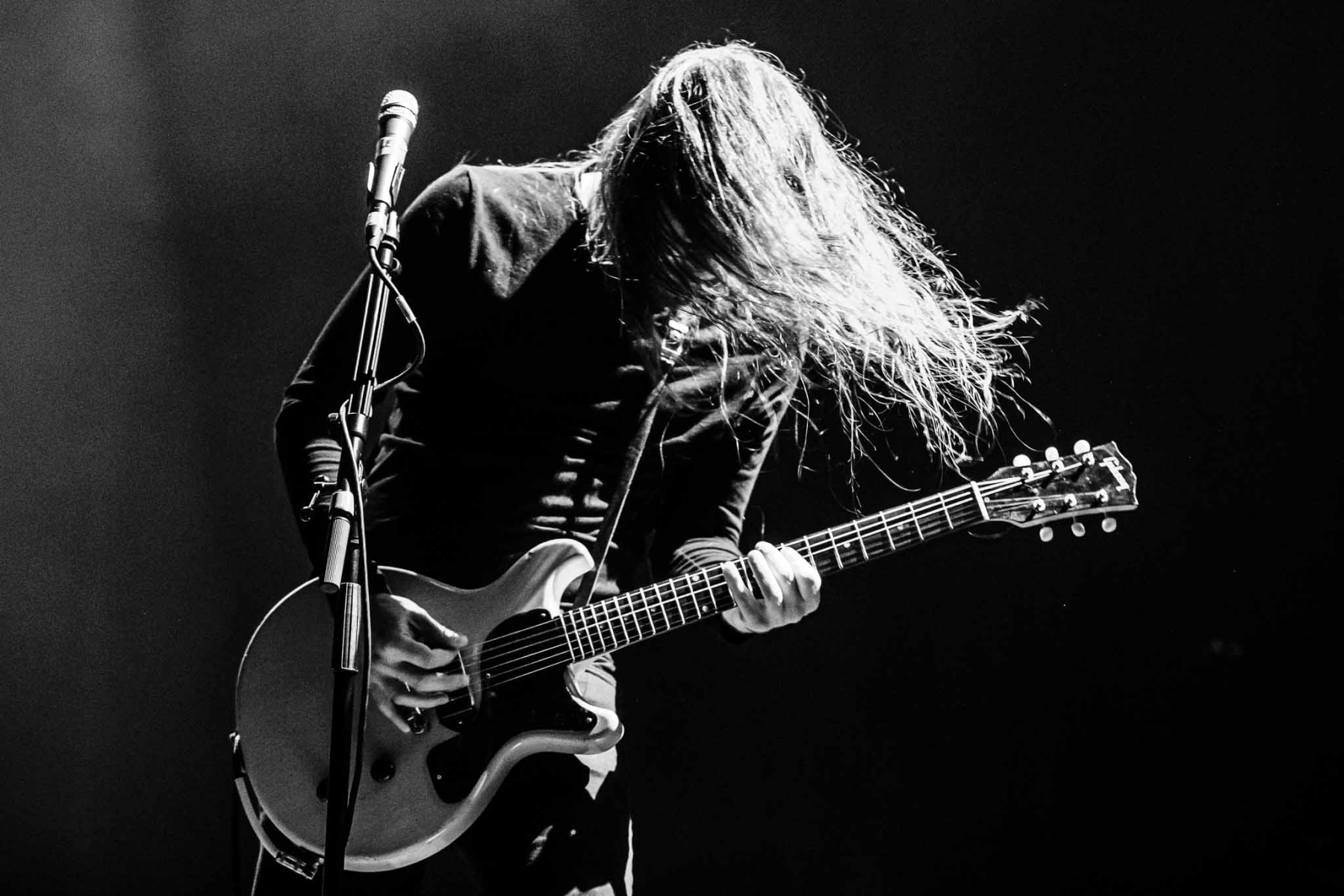 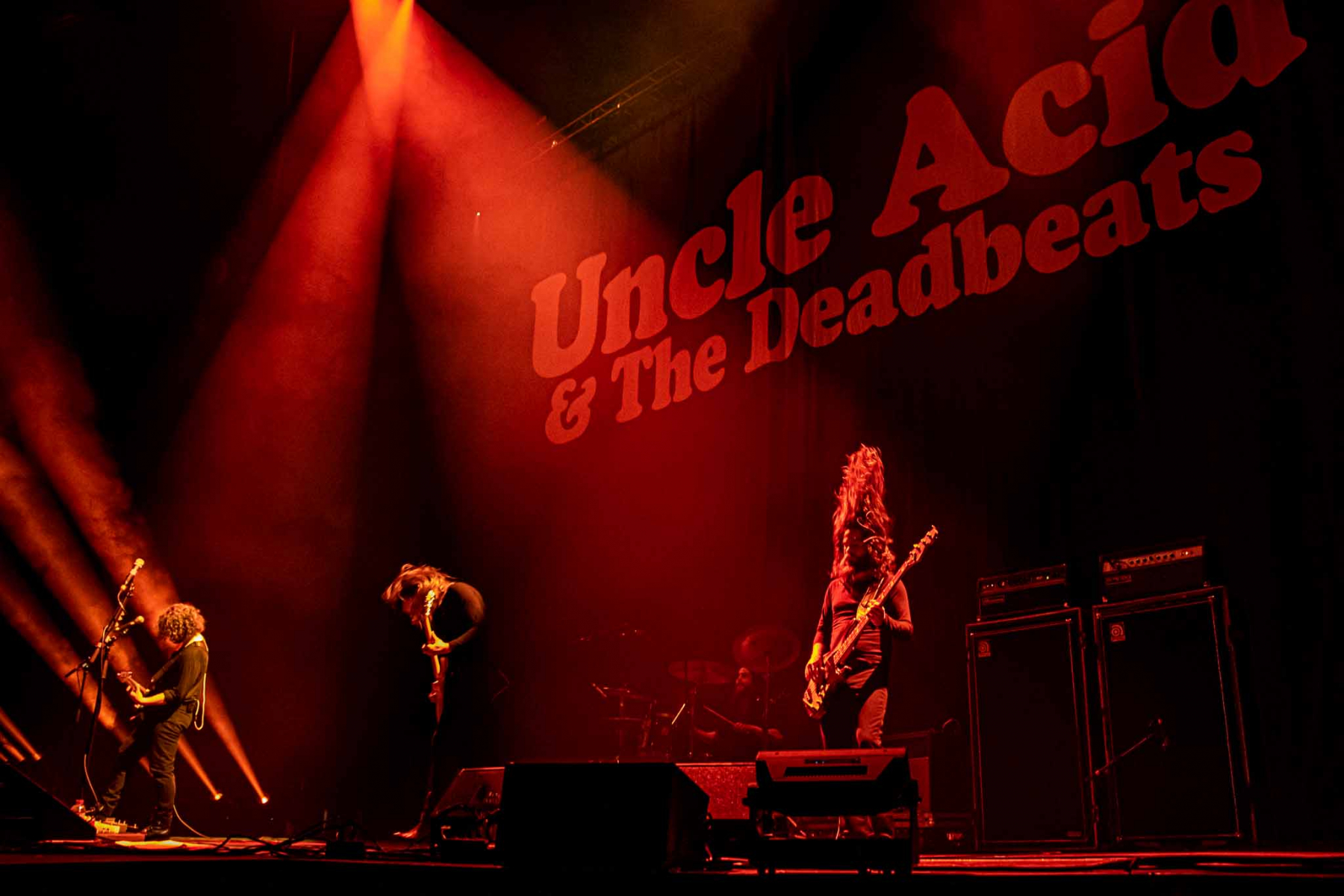 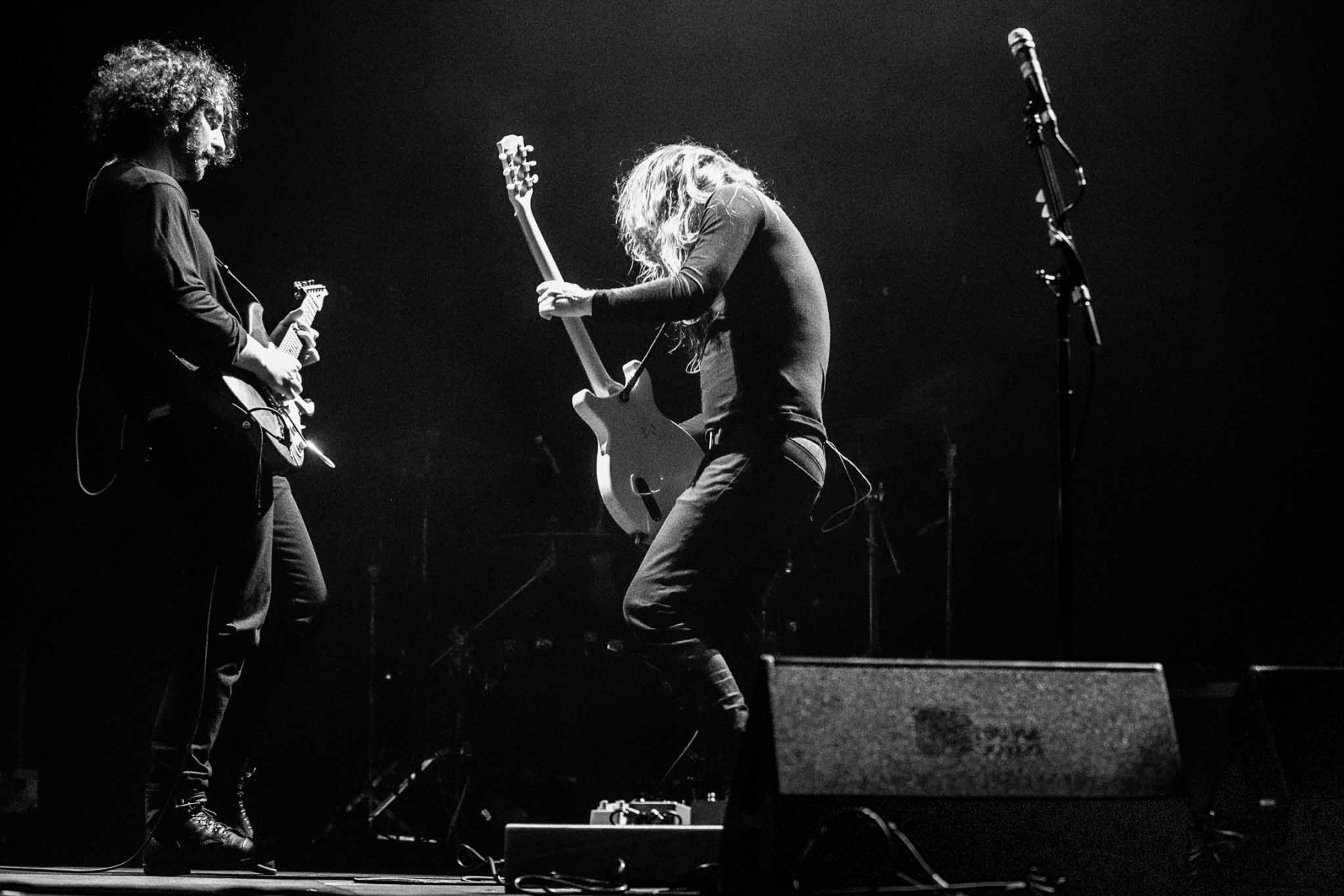 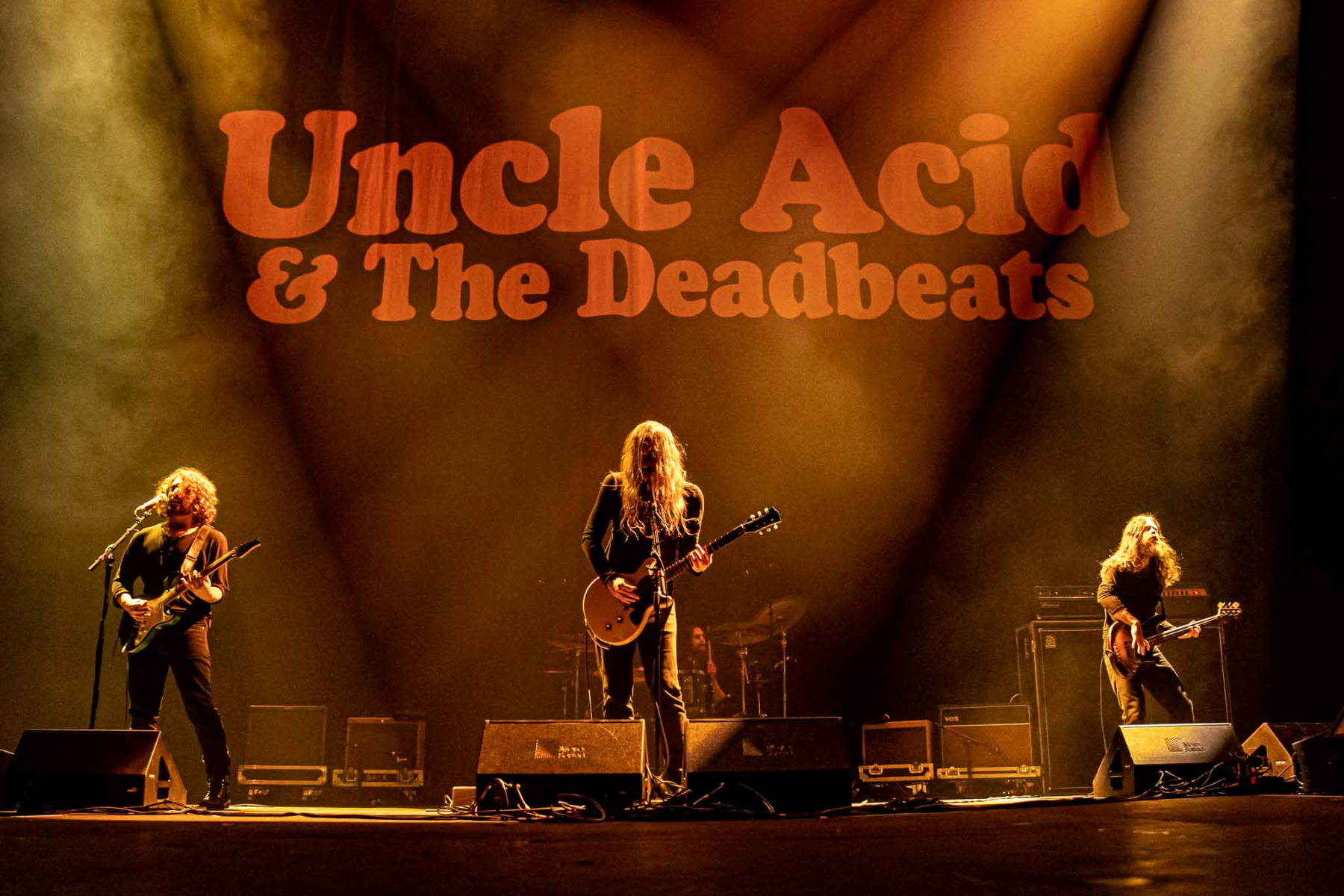 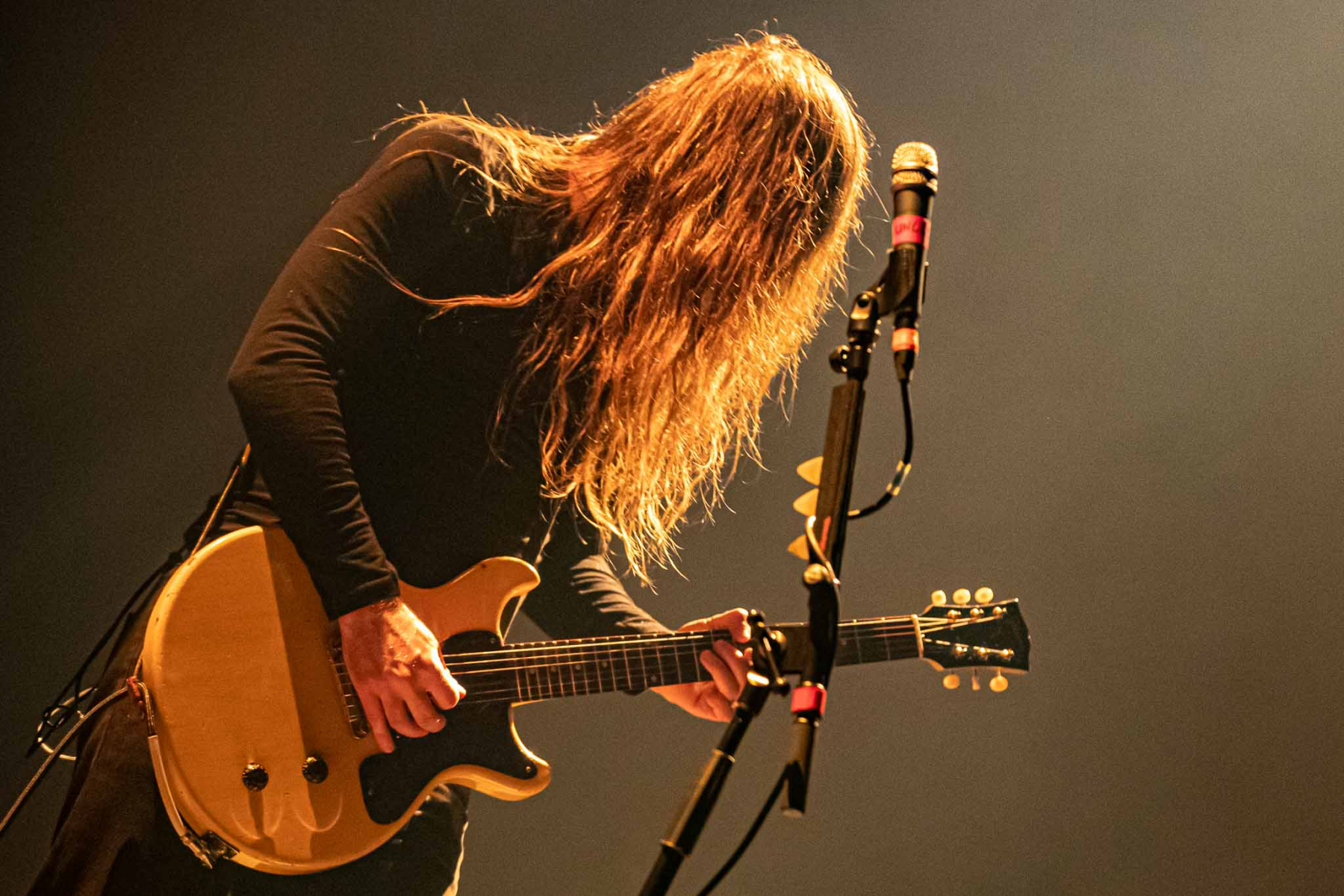 The crowd barriers were at bursting point by the time the lights went down and the intro music signalled the imminent arrival of Ghost. The silhouette of a lone backlit ghoul could be seen projected onto the white curtain erected to hide the stage set as the twin solos started. Kaisarion reminded me of the 80’s hair metal. Not quite NWOBHMmore like Def Leppard with a hint of Rush. The curtain dropped and three ghouls move to the front of the stage, the crowd response was magnanimous as they marvelled at the appearance of their favourite band.

Judging by the amount of official merchandise being worn by the fans, there’s very few folks have turned up out of curiosity. Tobias Forge can do no wrong in the eyes of his onlookers and they revelled as Ratsfollowed. The new album would feature four of its strongest tracks and already, after only a few weeks release, the lyrics were mouthed by the fans. Tobias knows how to keep fans on side and made sure there were some set favourites in the mix. Mary on a Cross and Devil Church which featured the dualling guitars of the two prominent ghouls as they even slip in some Scottish music. Tobias had slipped off stage during the guitar solos and re-appeared sporting some bat wings to his costume returning for crowd favourite Cirice.  The theatrics of the show is part and parcel of what Ghost do, nothing is left to chance and everything is choreographed down to the last detail. The massive stained glass backdrop, the huge drum riser/staircase and of course, the costumes all add up to an incredible sight but they back it up with mammoth songs. The use of the steam punk masks, and Tobias’ white painted face mask remove the feeling of human interaction, but that mis-conception is forgotten when Tobias shouts Scotland! He does love to interact with his audience. Part of it is holding court and part of it to show he is “real” and wants to share and endear himself to fans. The crowd of course lap this up and there’s a sea of raised arms throughout as the new set hits are rolled out. Hunters Moon, Spillways and the enigmatic Call Me Little Sunshine, where yet again, there’s another costume change which see’s full Papal regalia being worn.

There’s so much packed in to one show, not dissimilar to Alice Cooperbut minus horror, blood and gore. The scariest moments are restricted to the bangs of the confetti canons. Raising the dead is another trick used to amuse as Papa Nihil is rolled out in a vertical box and he springs to life sporting his saxophone during Miasma before he’s boxed back up and carted back off stage. It’s not all light weight musical masterpieces as Mummy Dust proves there’s a metal core running beneath the surface. What better way to get the fans rocking than with a timely cover of Metallica’s Enter Sandman as the band returned to play a three song encore. The show stopping Square Hammer leaves the crowd screaming for more but thoroughly exhilarated by what just transpired. Tobias is not shy at thanking everyone one involved that makes their shows possible including the venues, security etc but without the fans, there’s nothing. Based on the loyalty of the fans, Tobias will be around for some time and there’s a growing army of Ghouls and Ghulehs to feed his creativity. 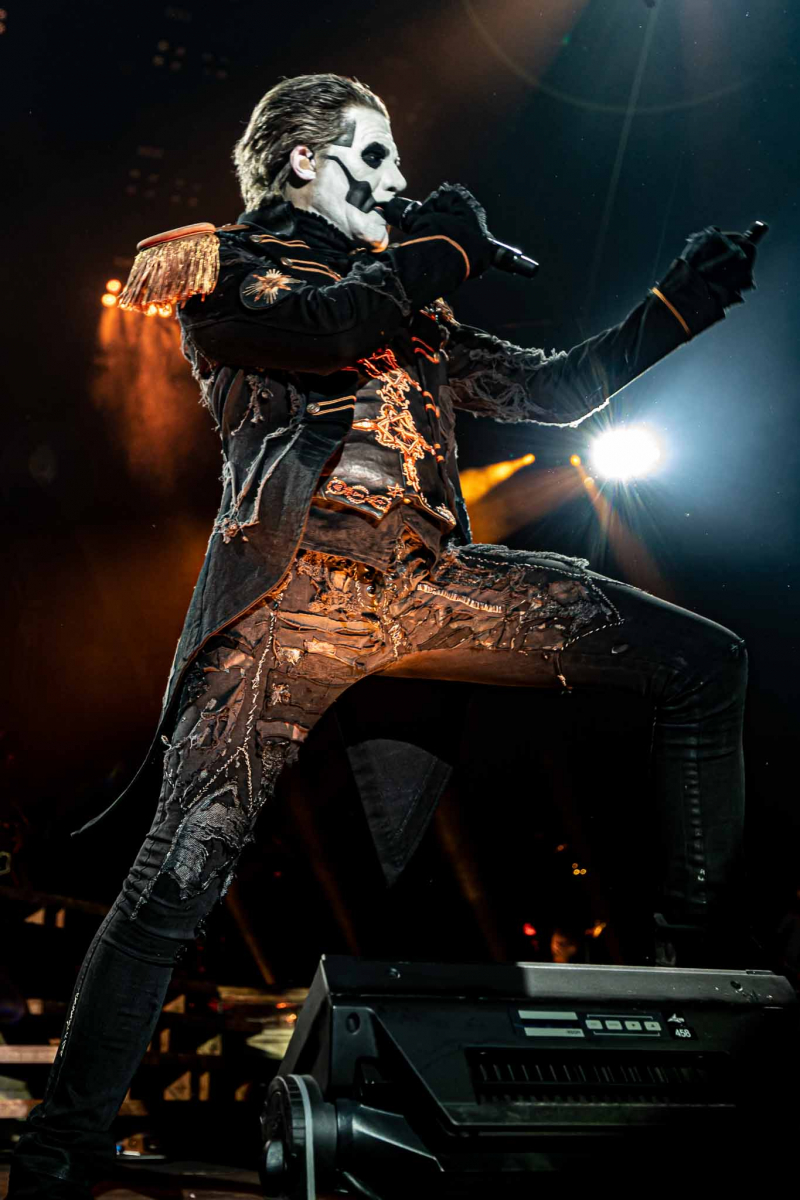 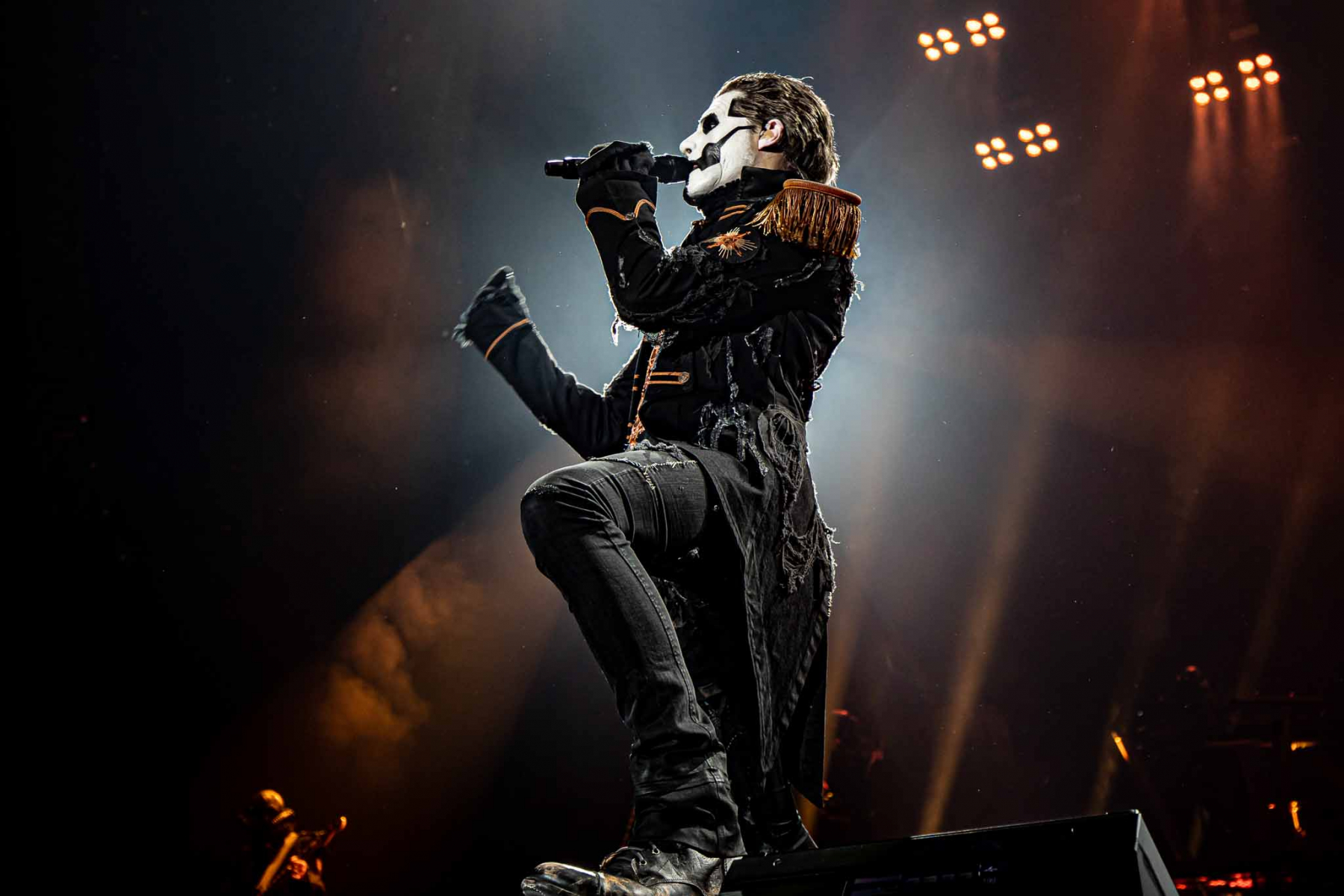 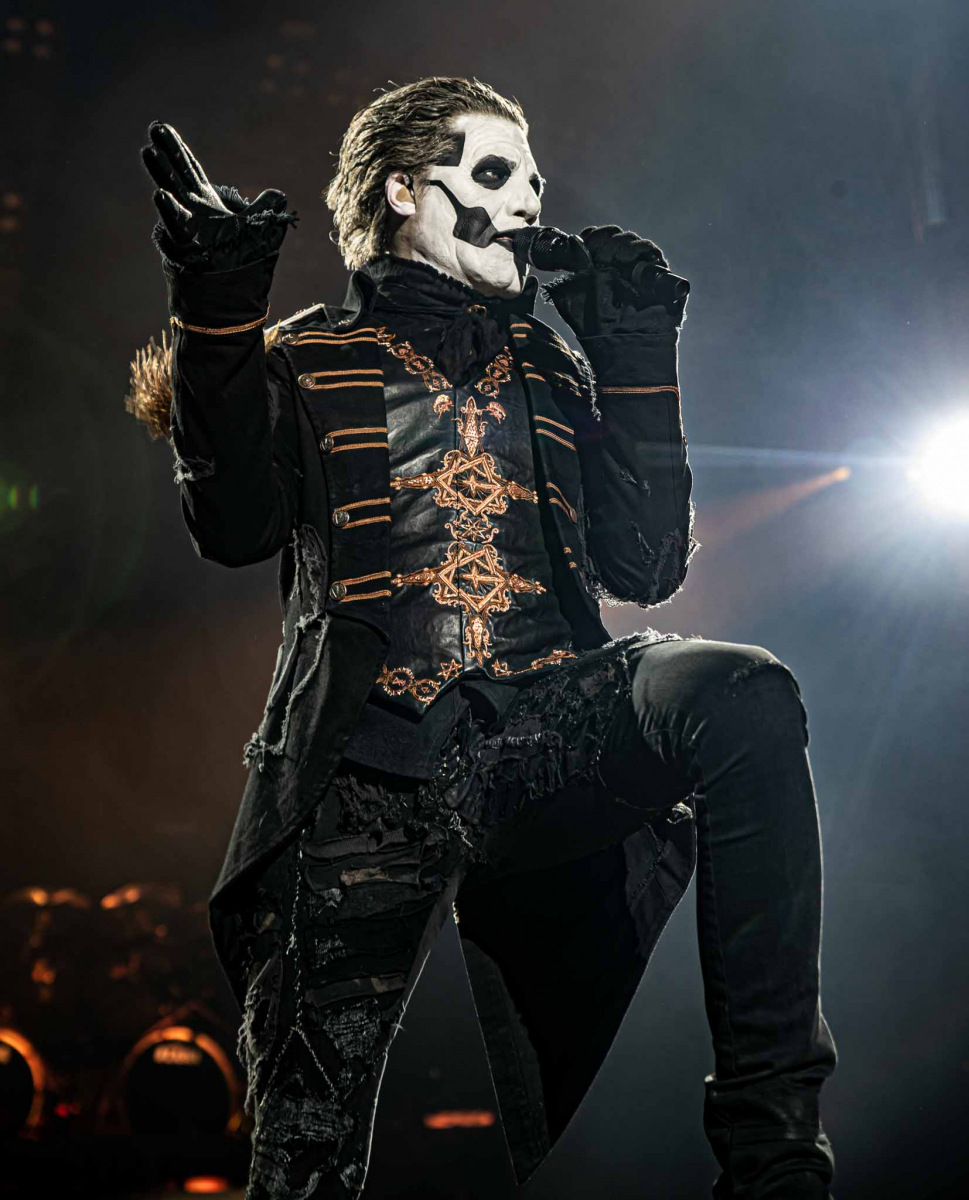 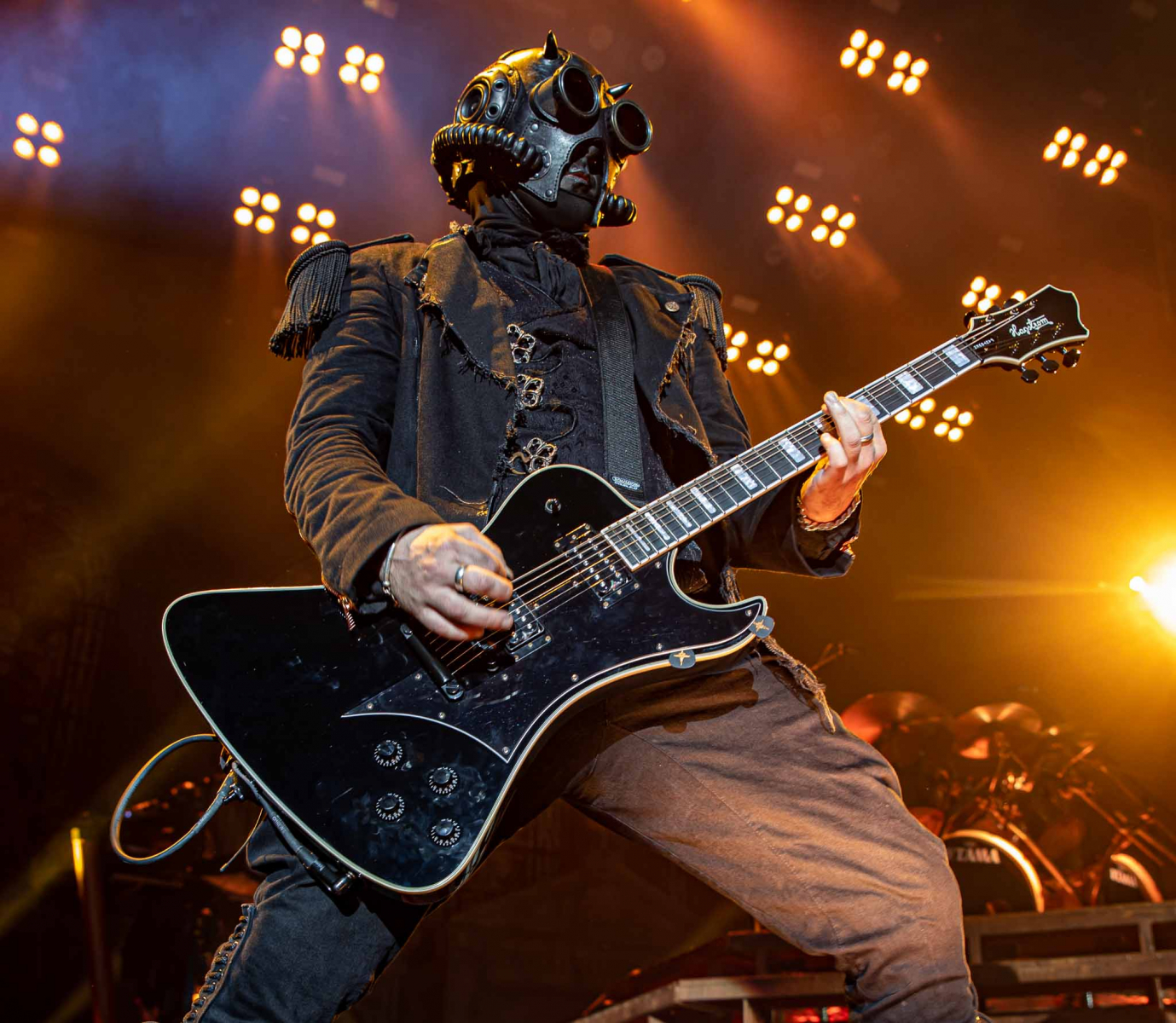 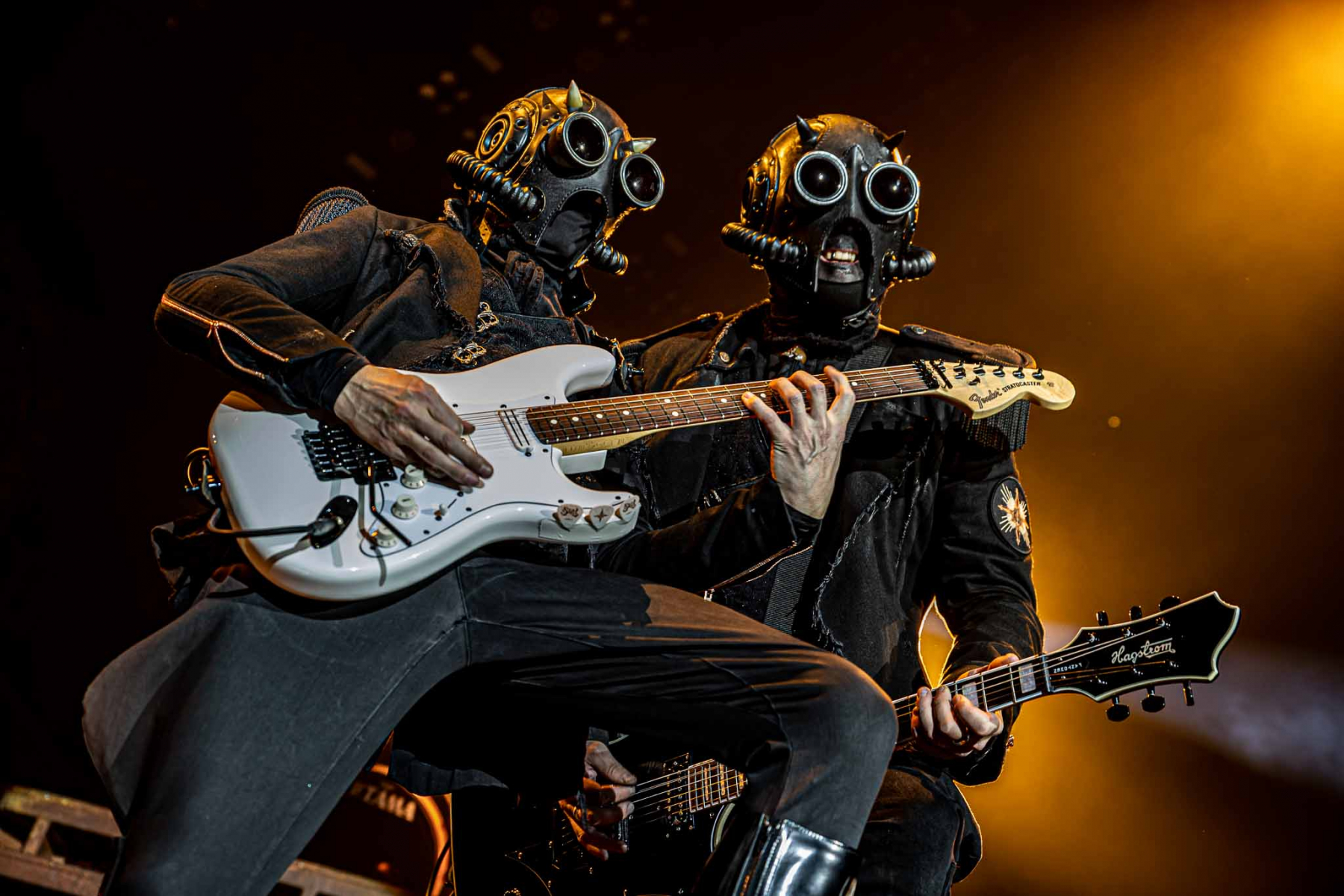 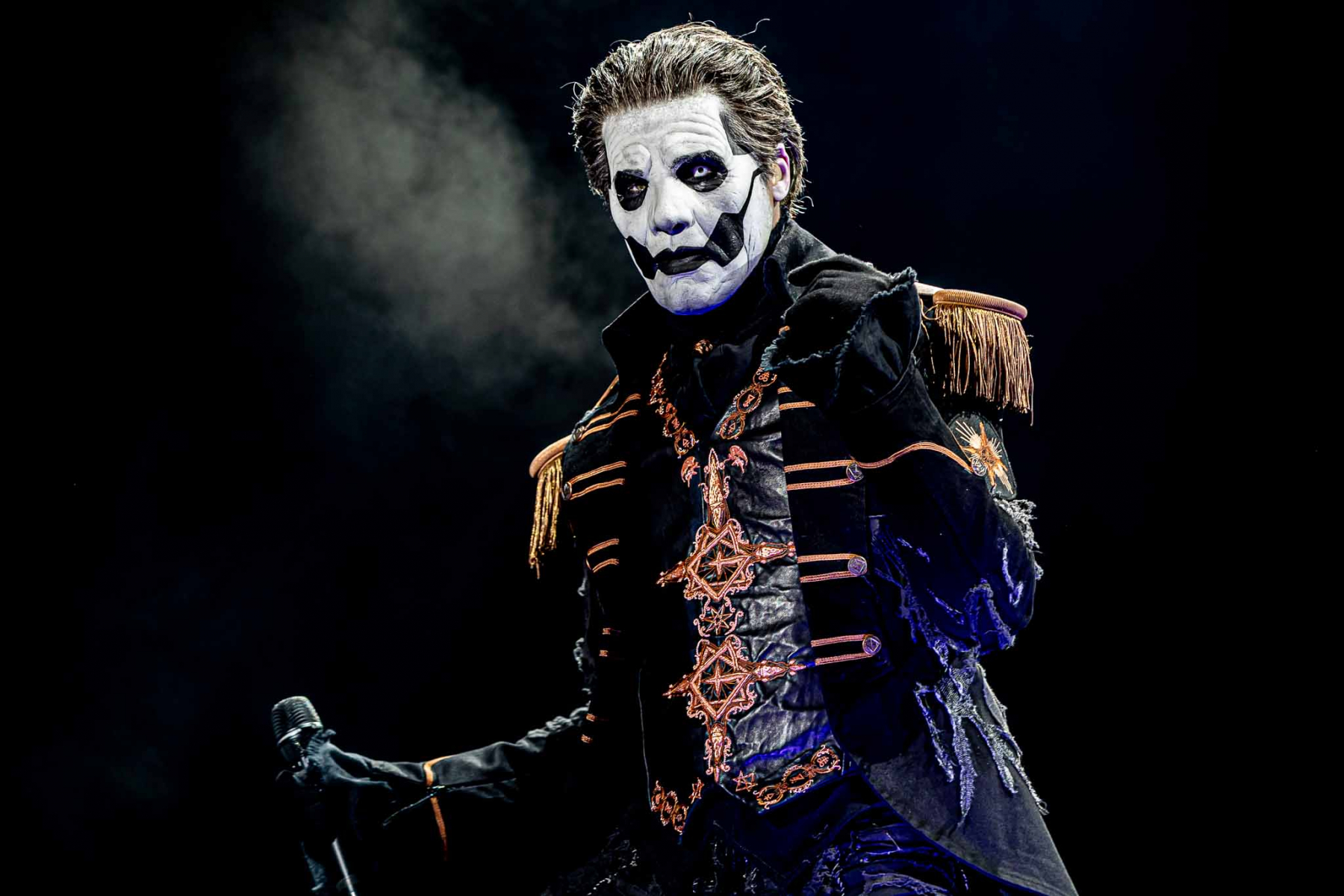 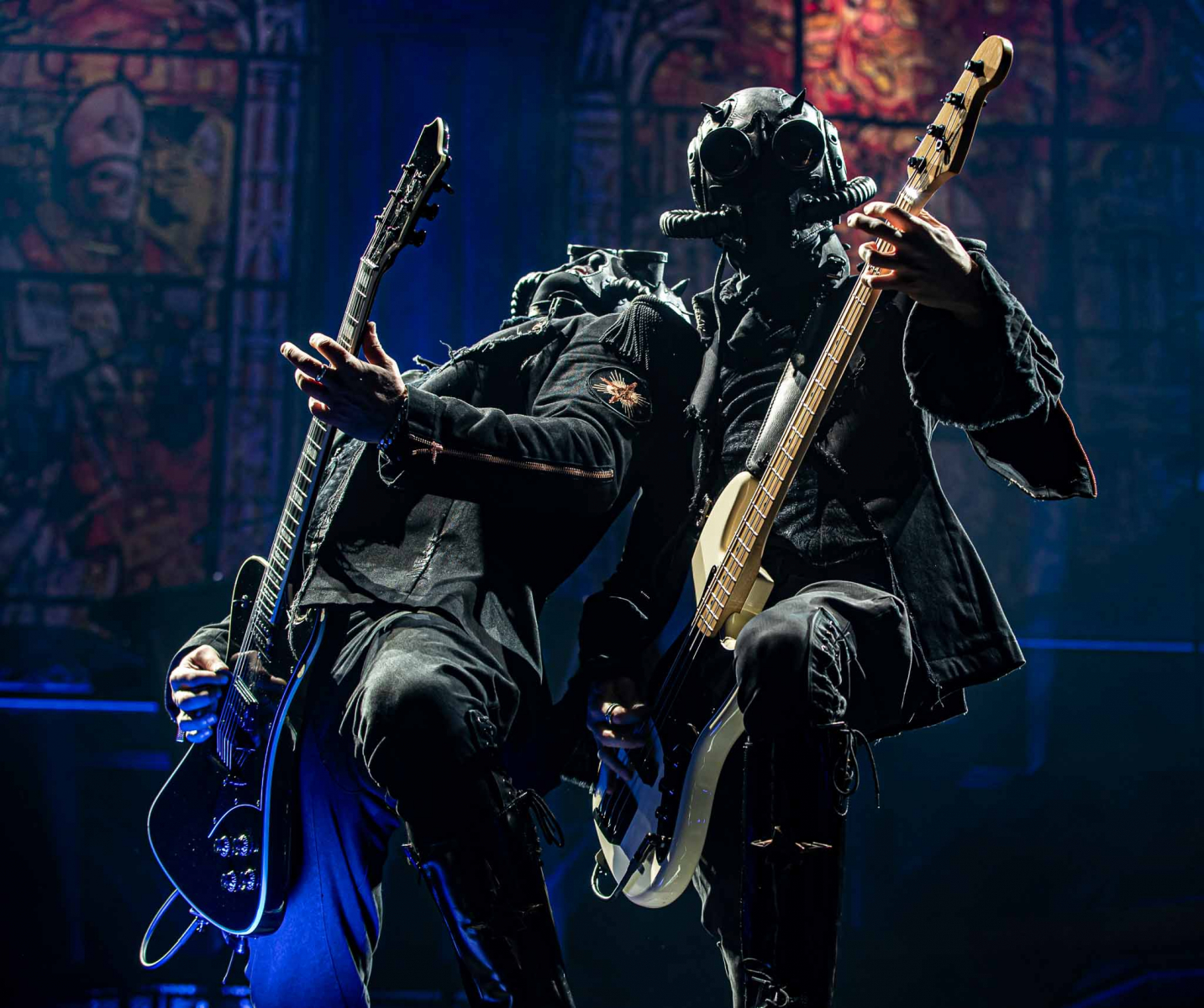 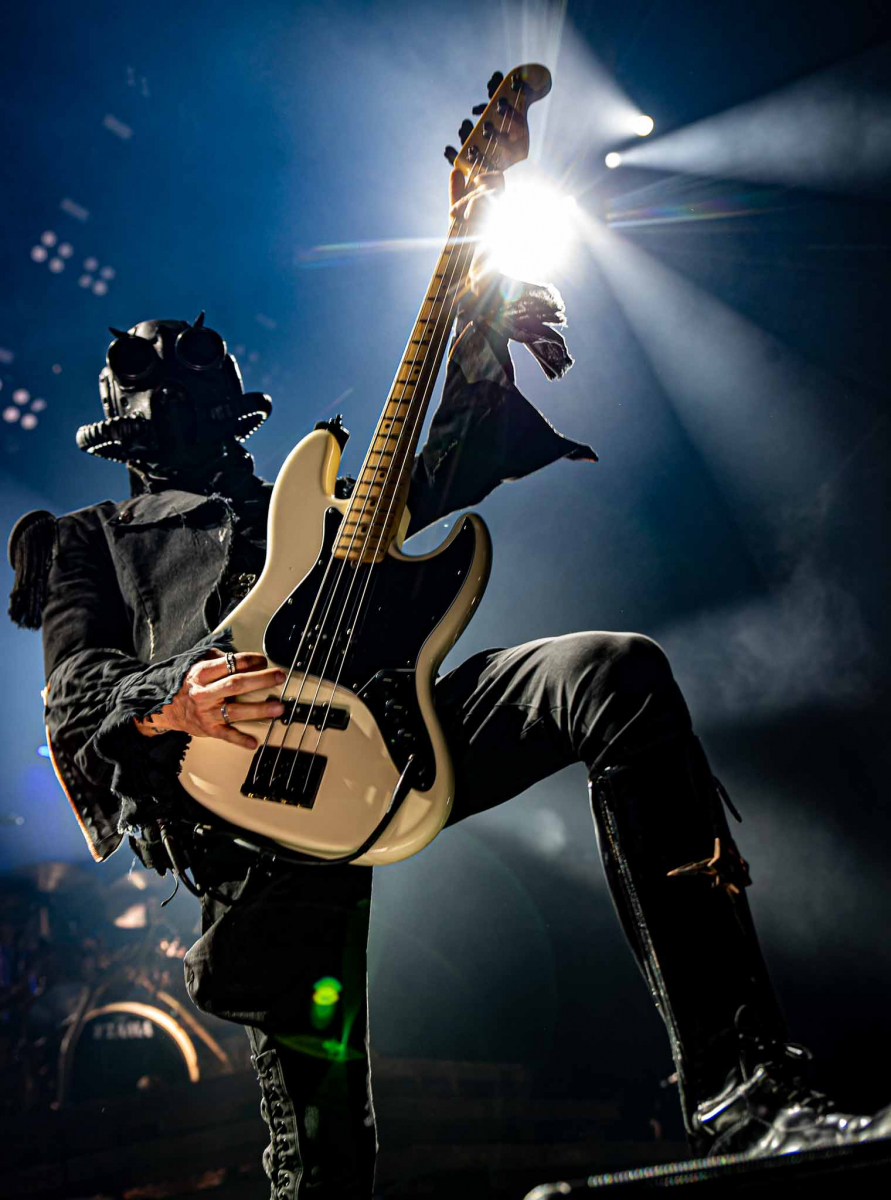 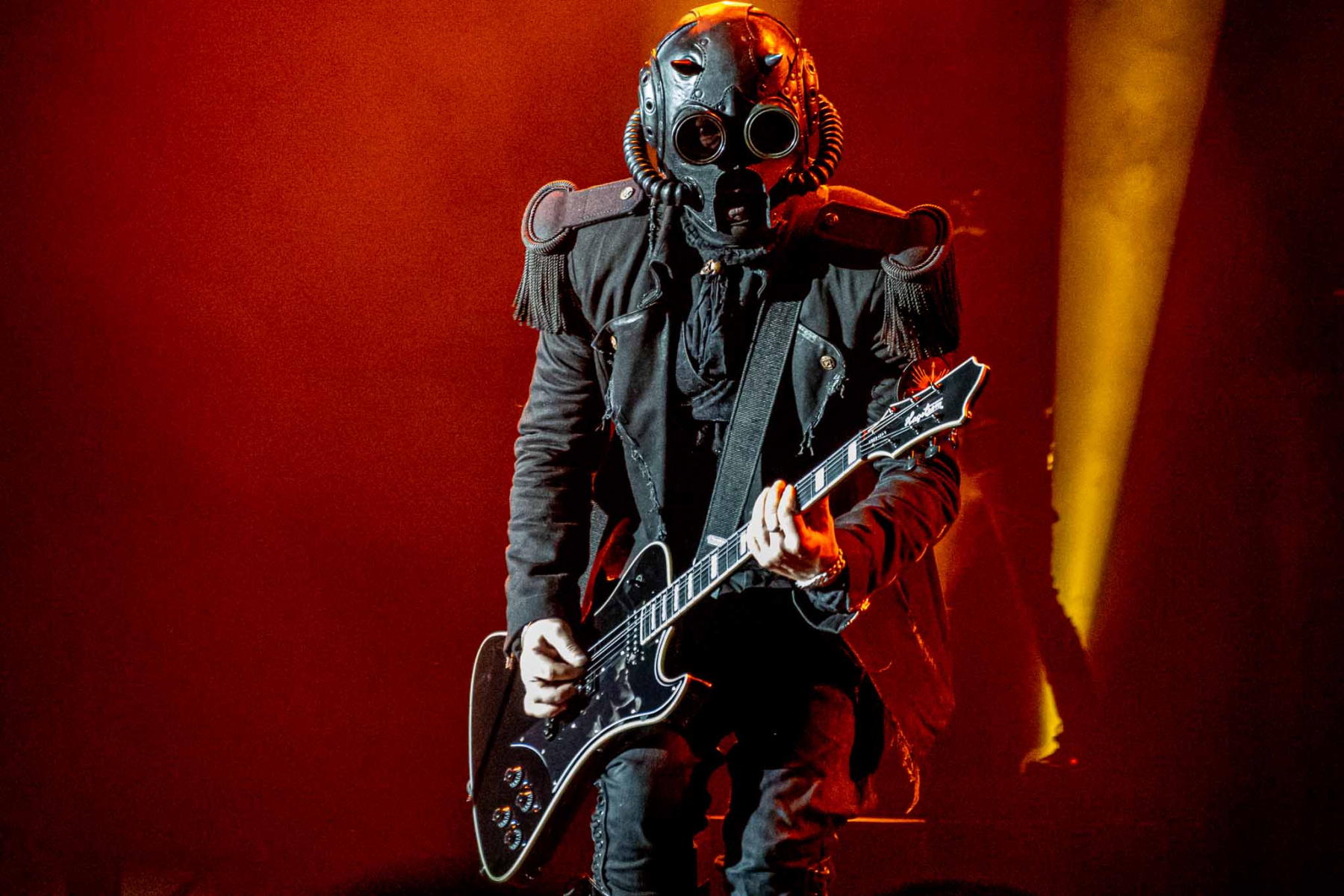 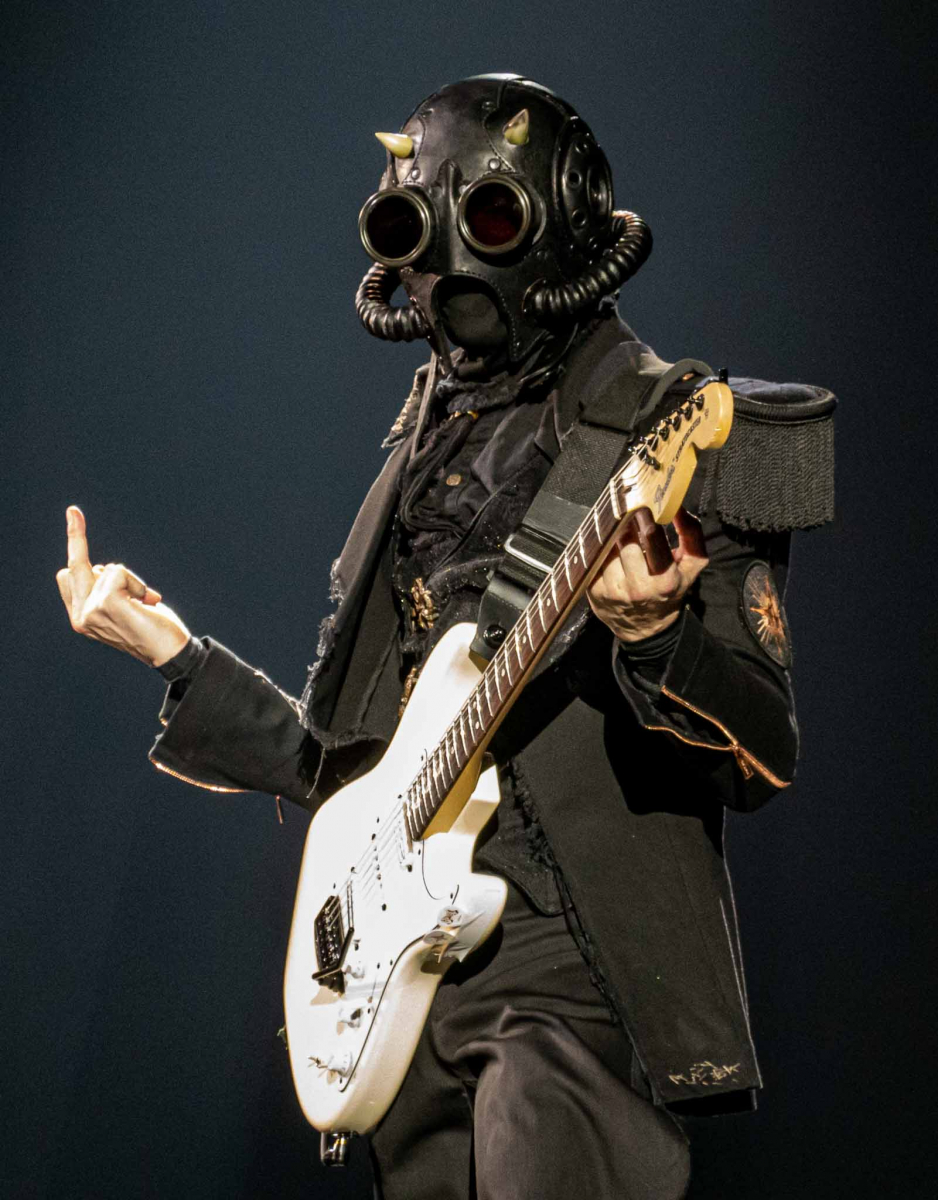 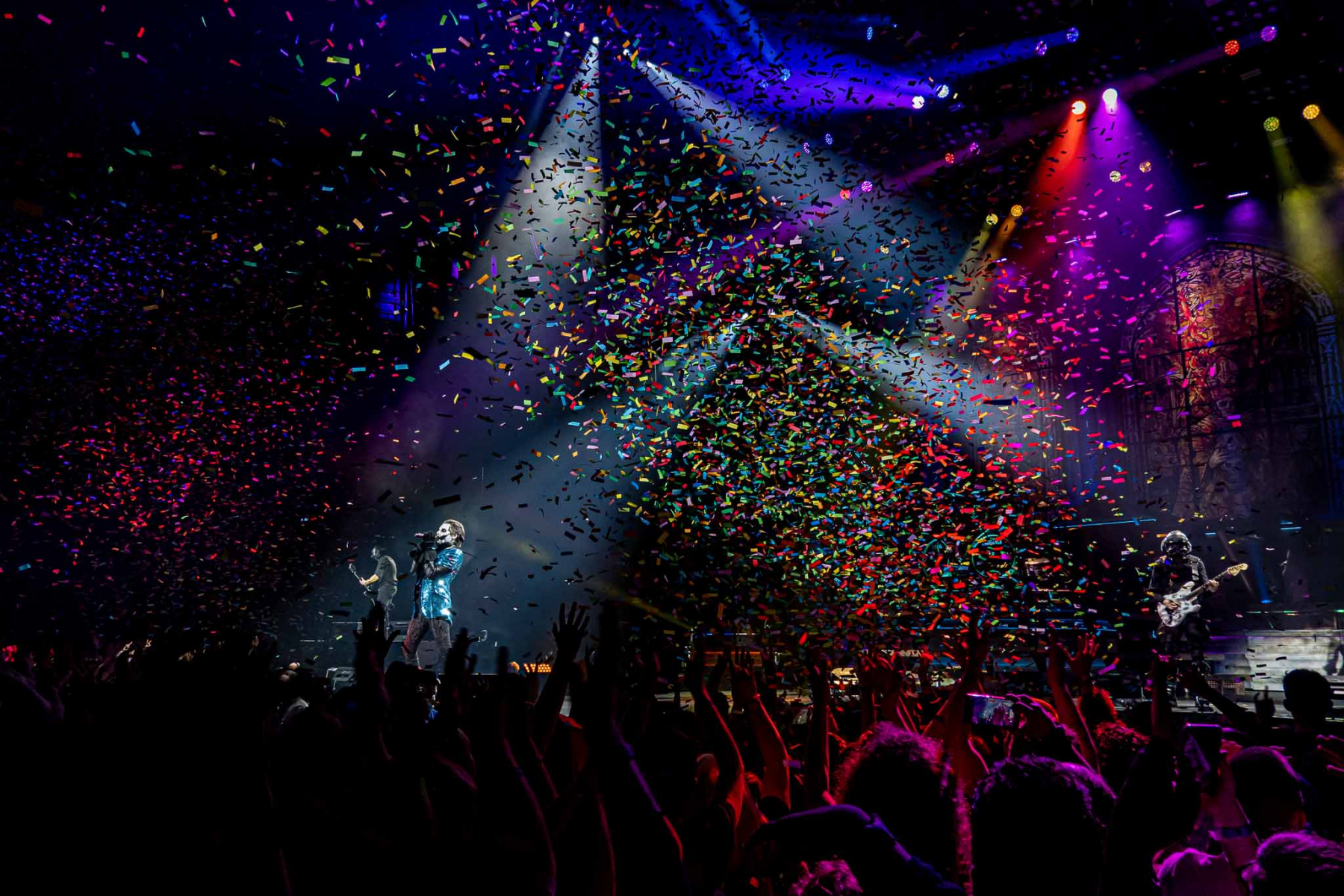 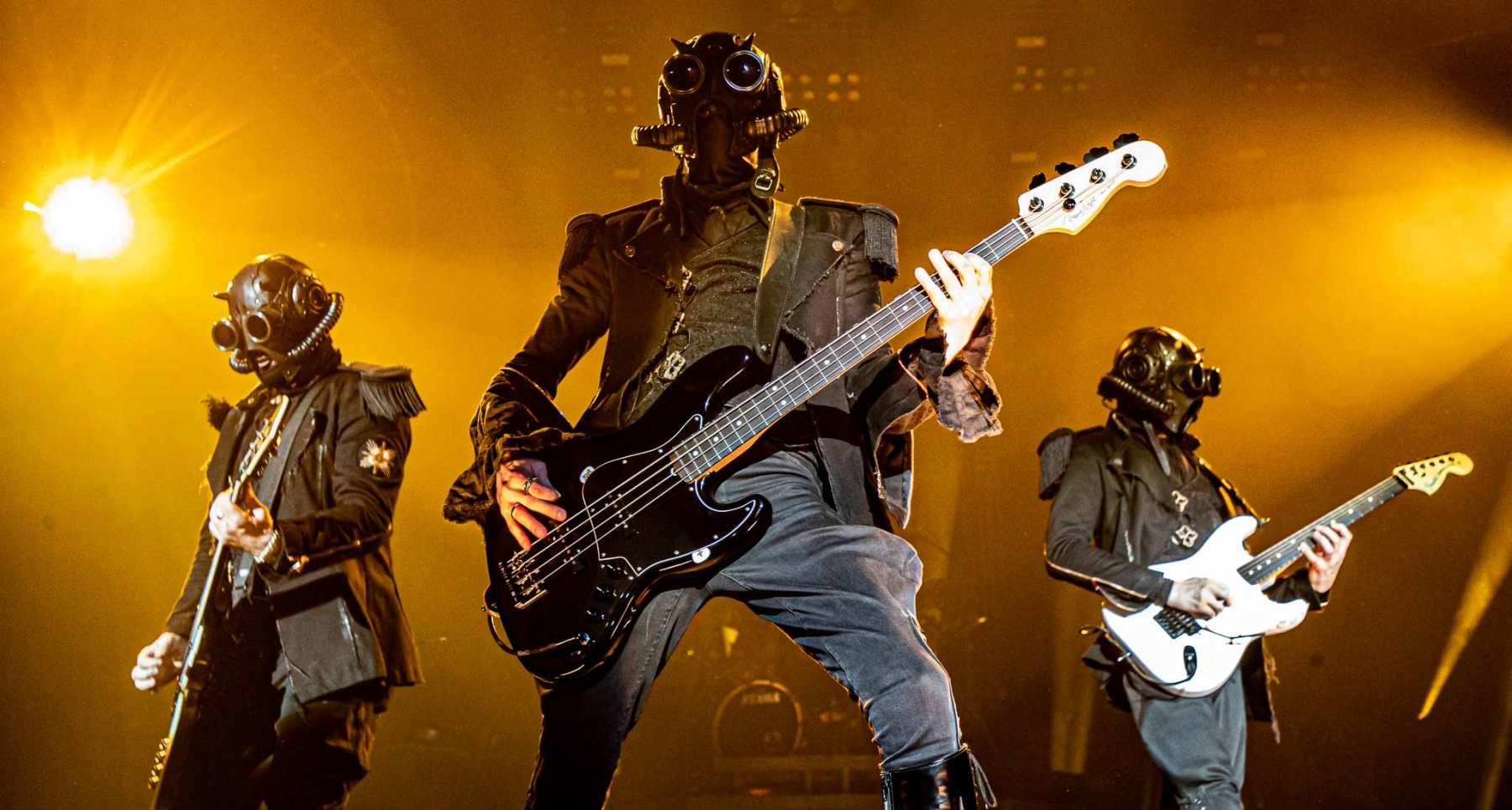