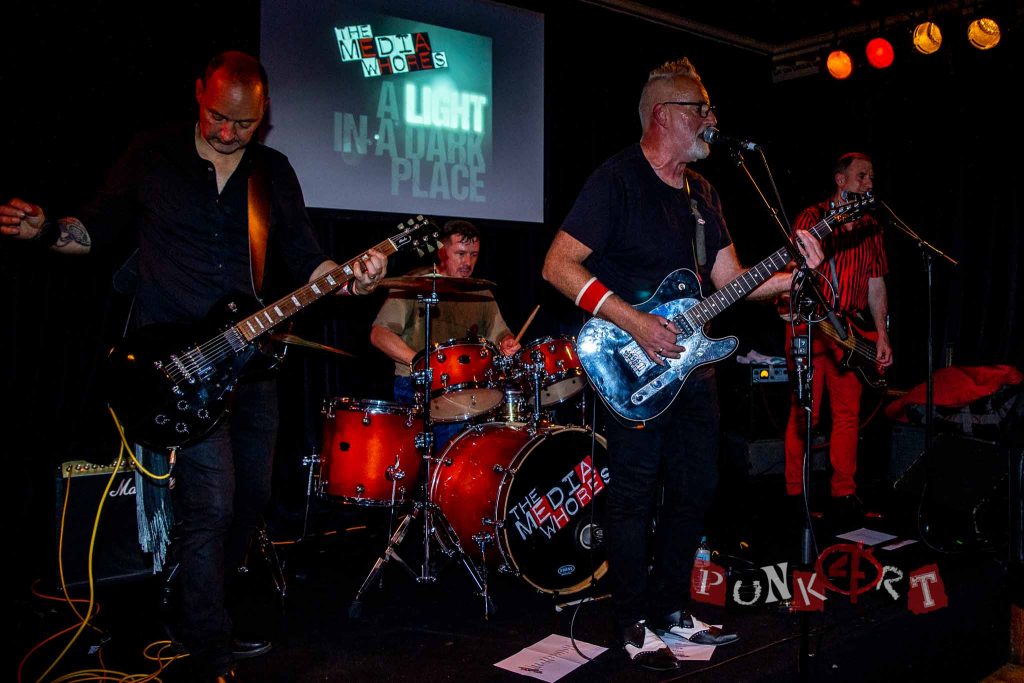 It may have taken sometime to get the album released but it was worth the wait. The world has been in a dark place for a long time and we needed to know there is light at the end of the tunnel, no matter where it comes from and this latest offering from The Media Whores does exactly what it says in the title. But, it’s only light if you have your eyes open. There lies the twist, you will only find salvation if you’re looking for it or you are open to change. When “punk” raised its head against the establishment, there were a number of bands that either stuck two fingers up or used their music as a soap box. Thankfully, The Media Whores are the later. Nihilism is a tired and ineffective method of anarchy so how can you be constructive you may ask? Read a book, educate yourself, do your homework but above all, think for yourself and have an opinion. The Media Whores tick all these boxes and more and certainly have used the medium of music to get their opinion across. If you like your music with an intelligent attitude, then look no further.

Voodoo Rooms in Edinburgh was a great venue for an album launch. The room, intimate and welcoming, exactly the same as the crowd. The Media Whores do have a passionate and loyal following so the band were playing to a great number of friendly faces. 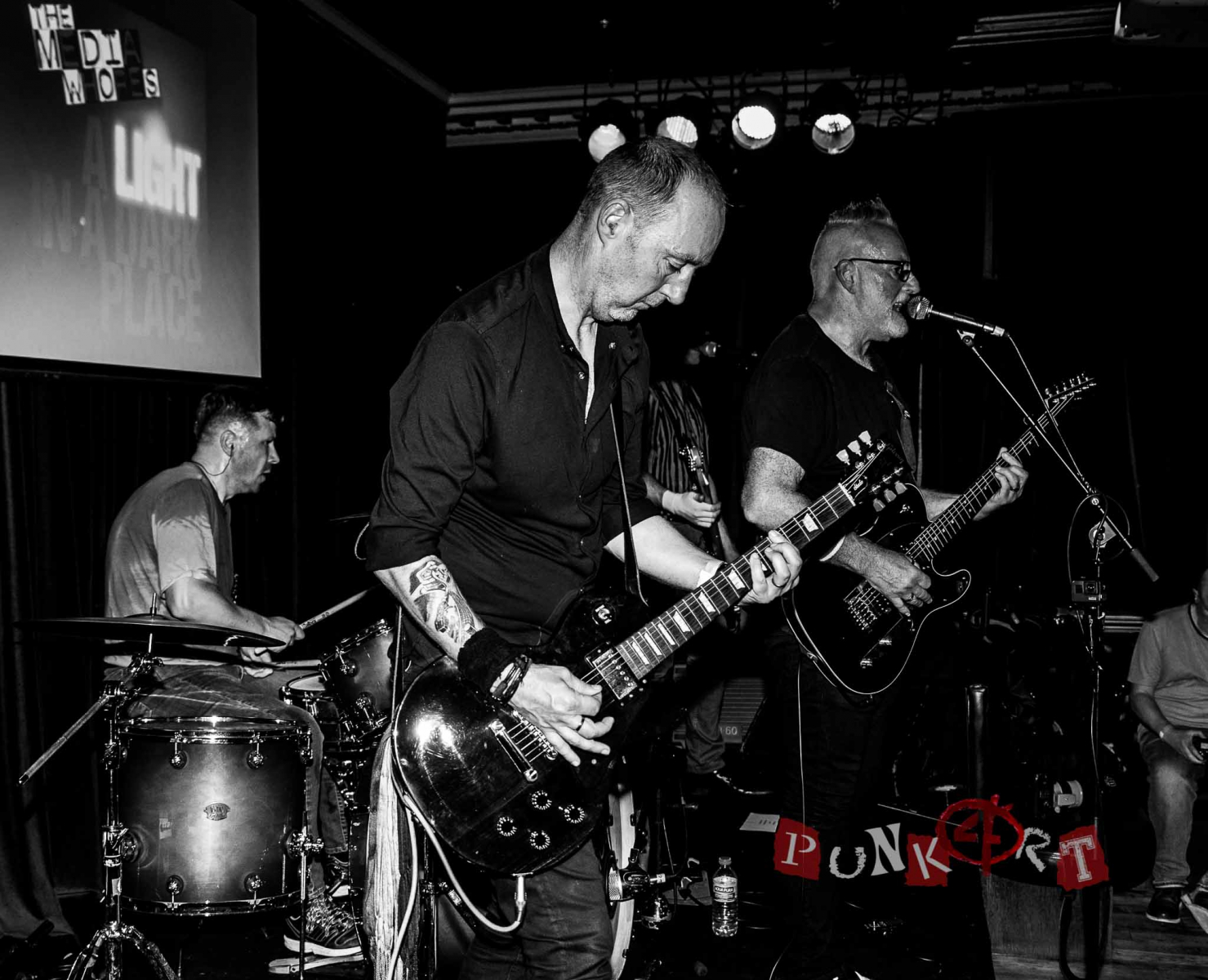 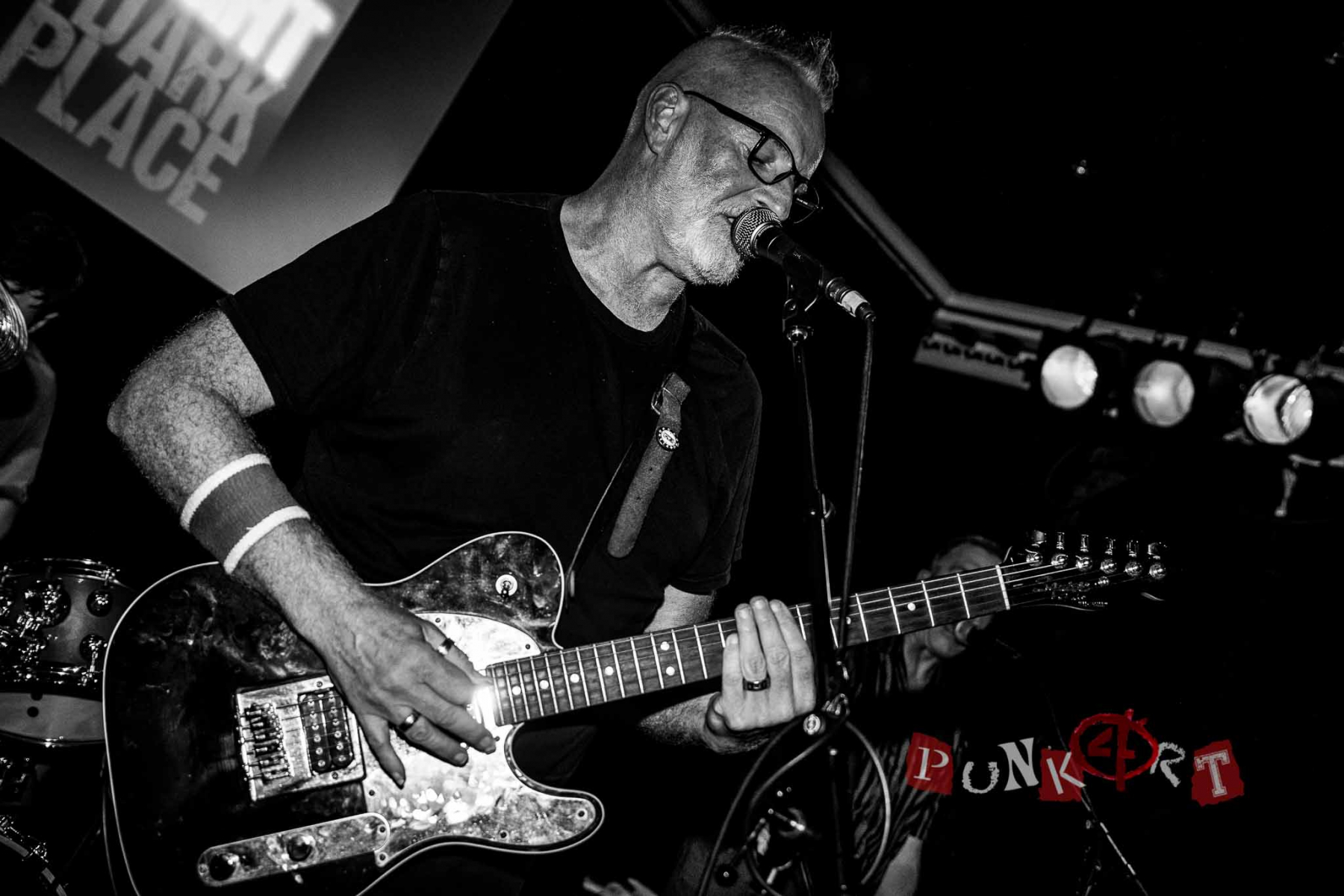 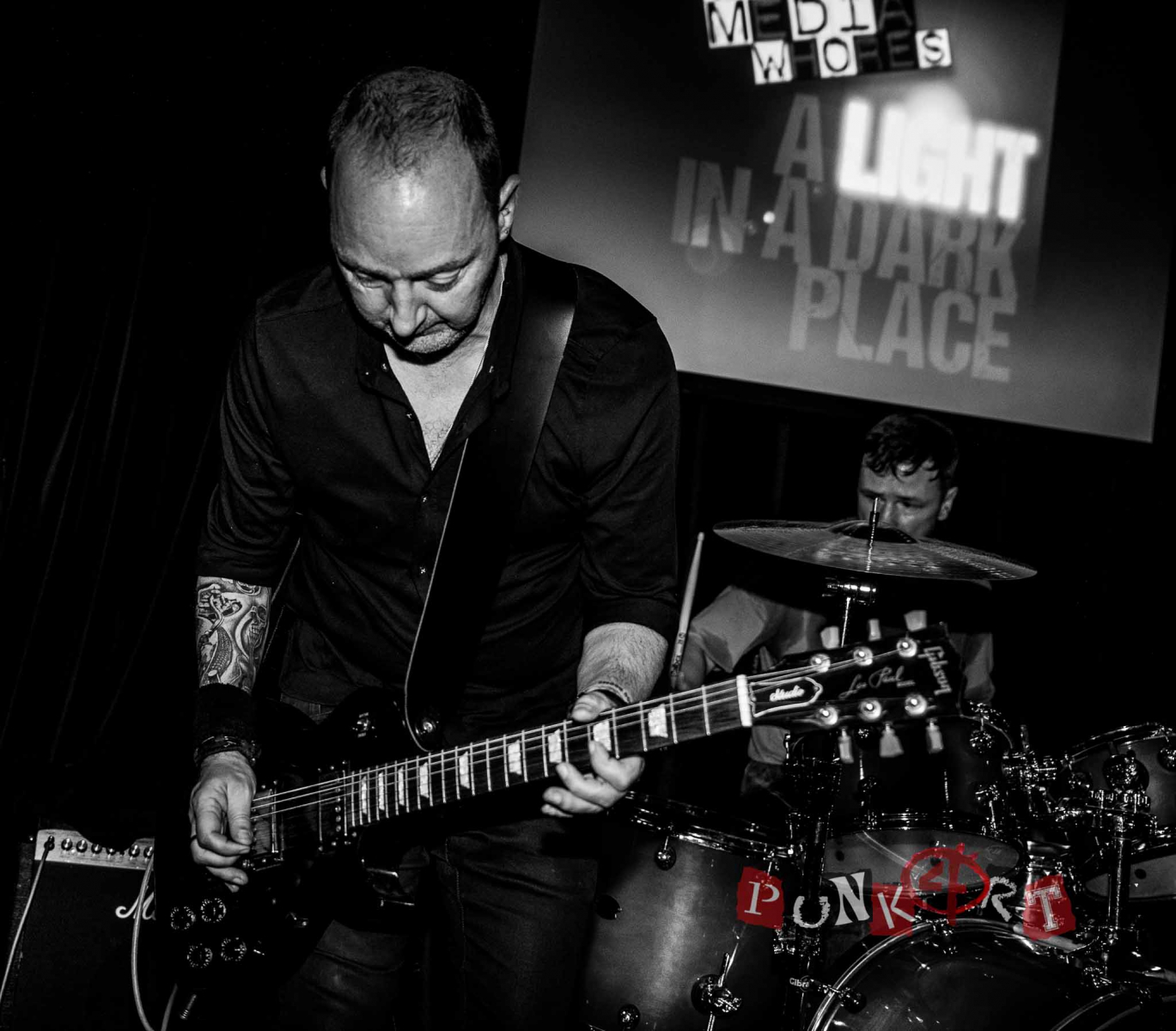 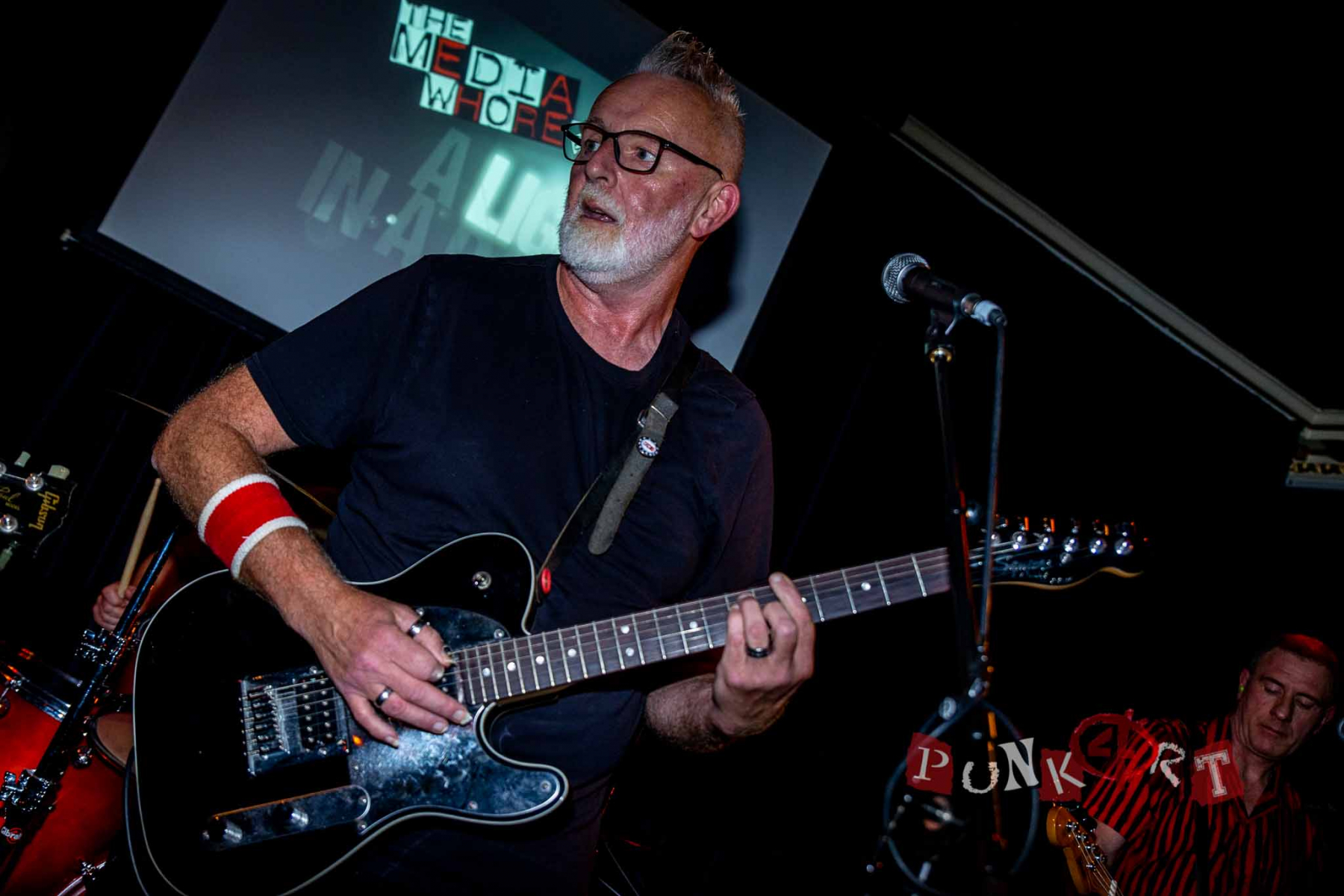 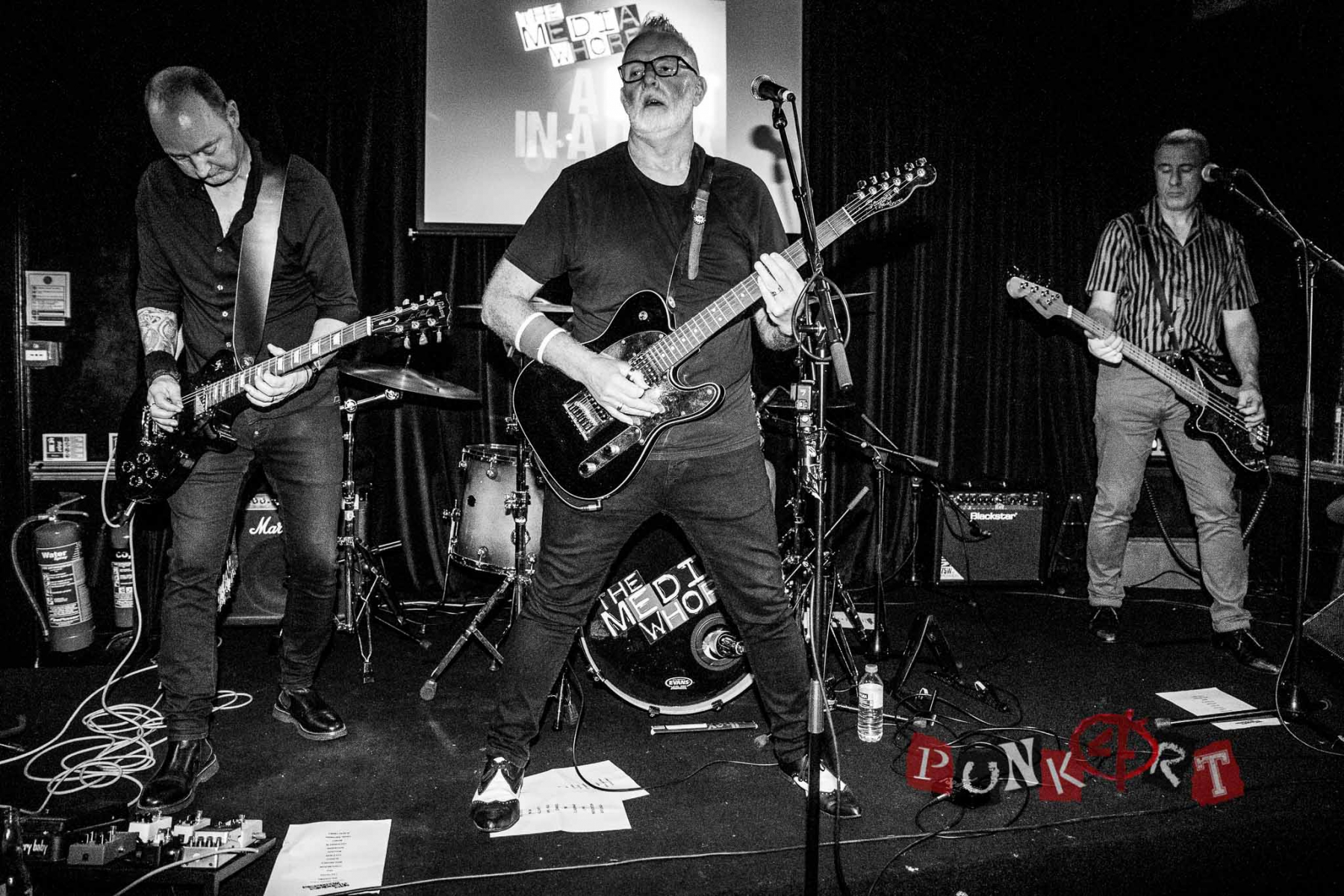 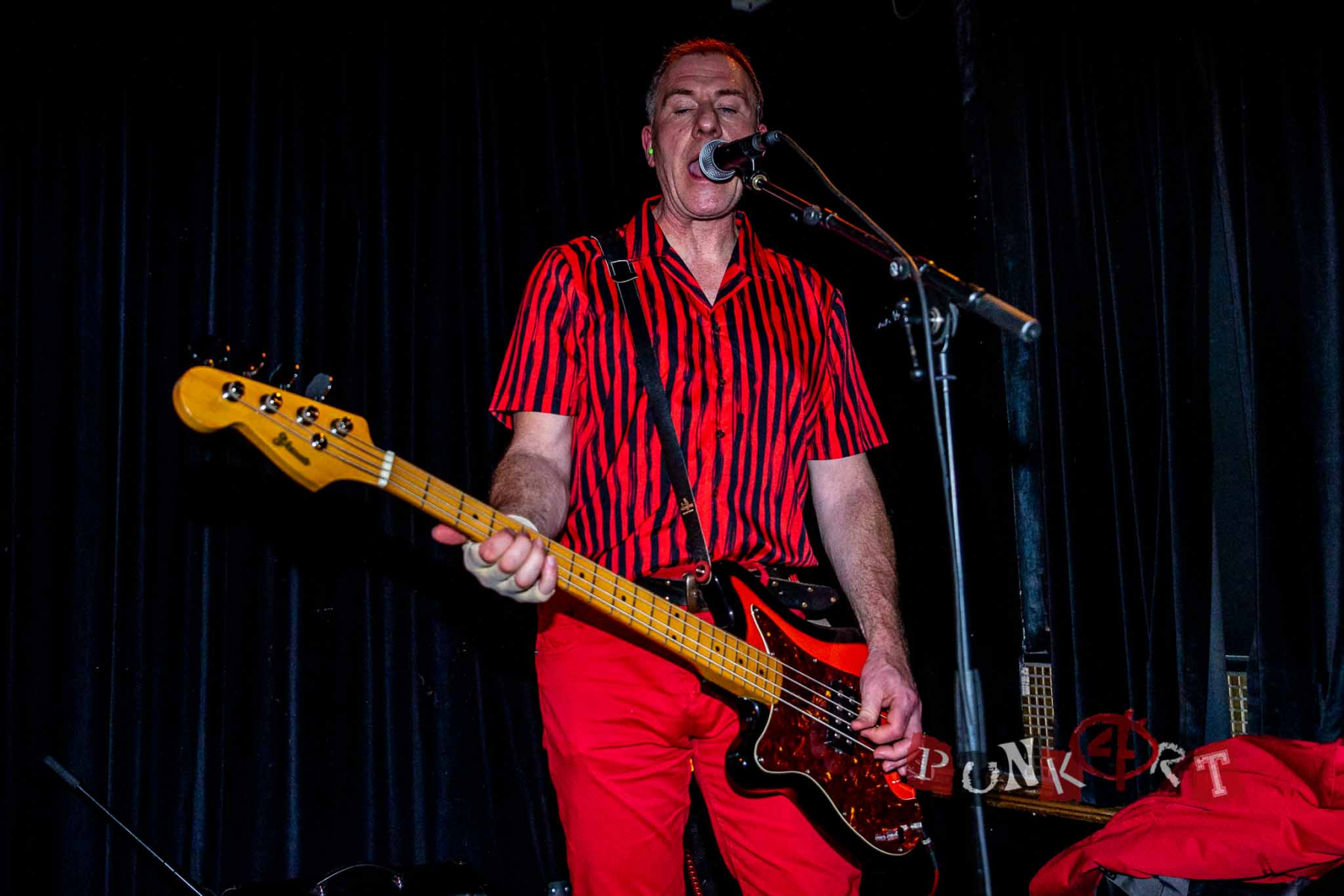 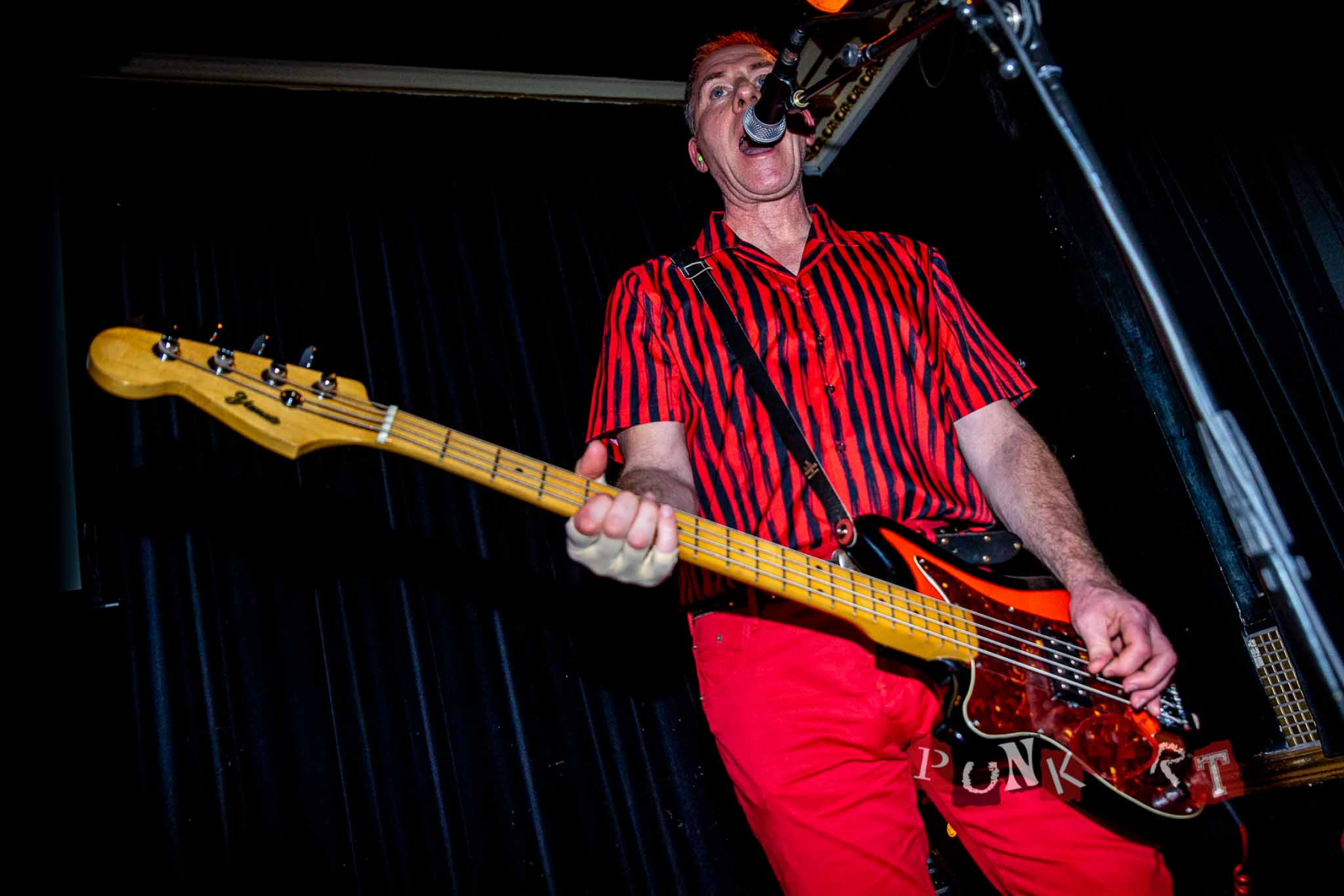 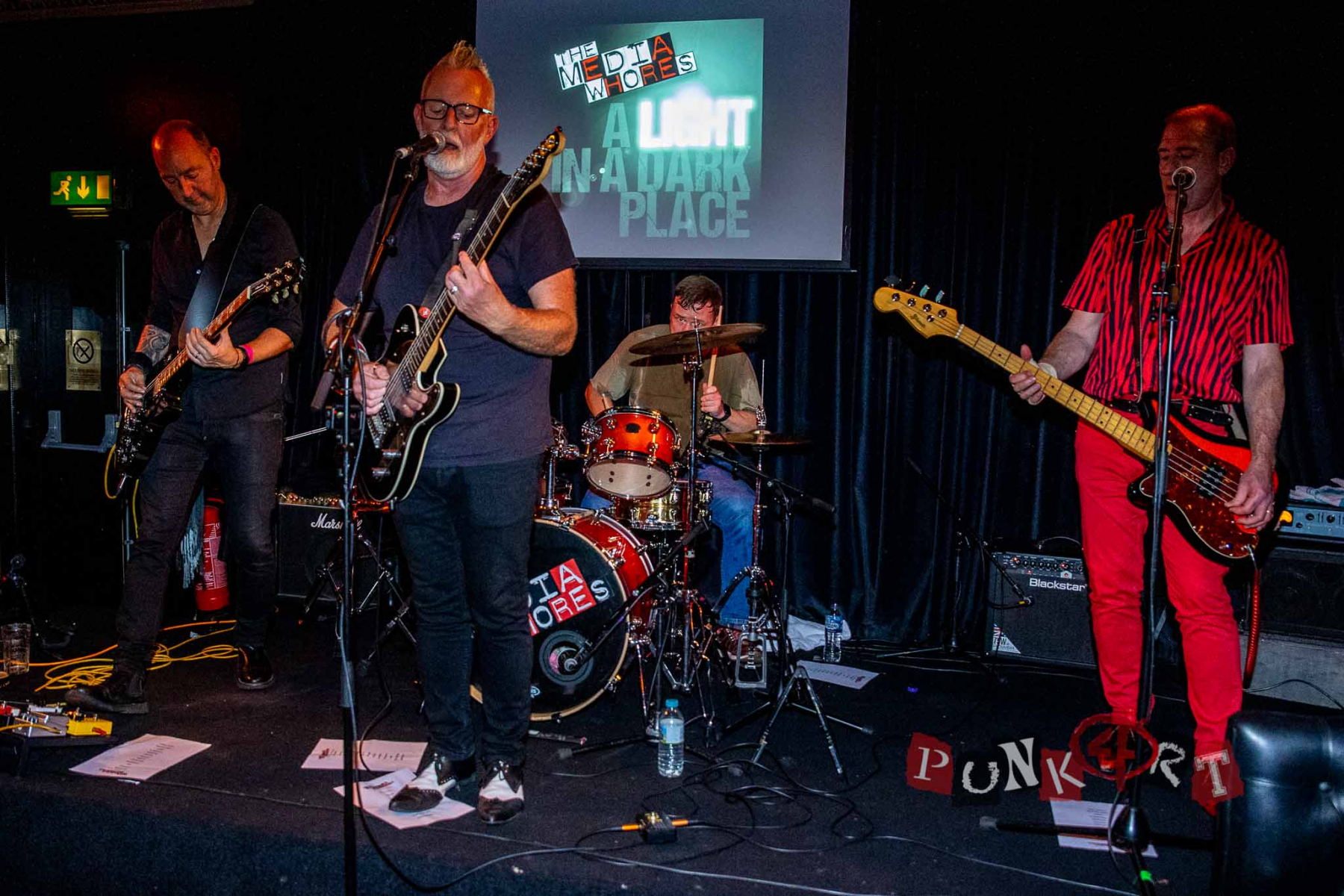 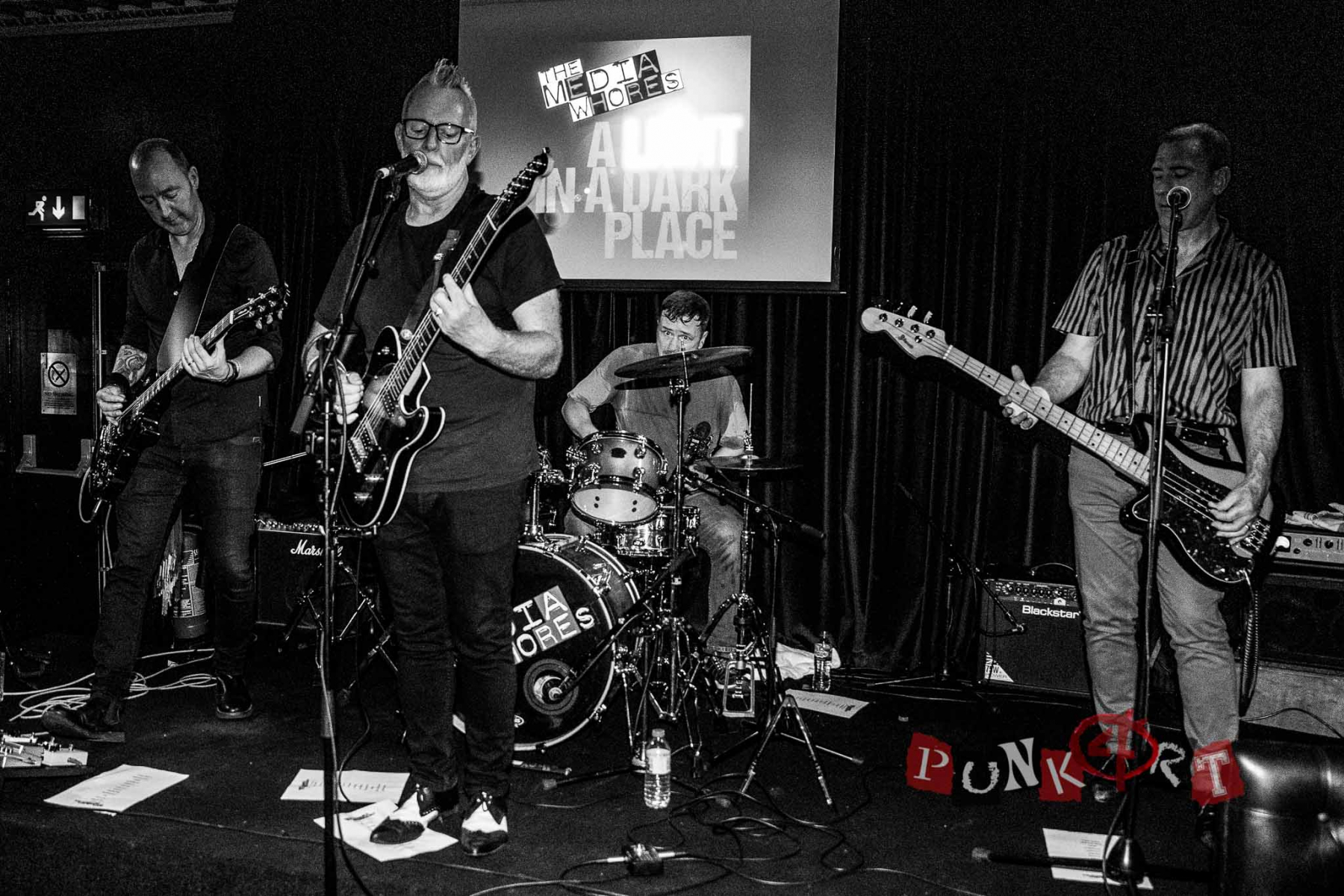 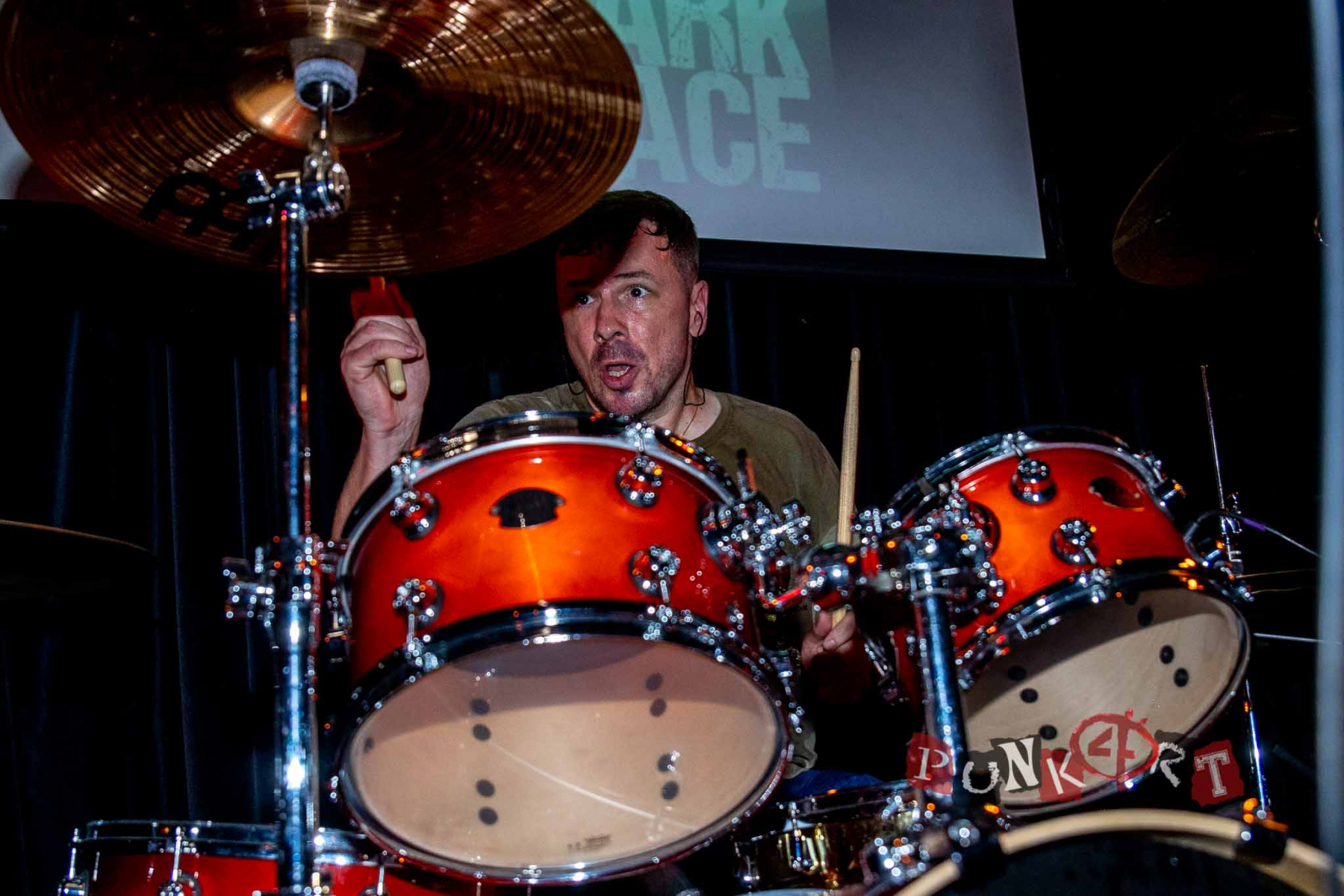 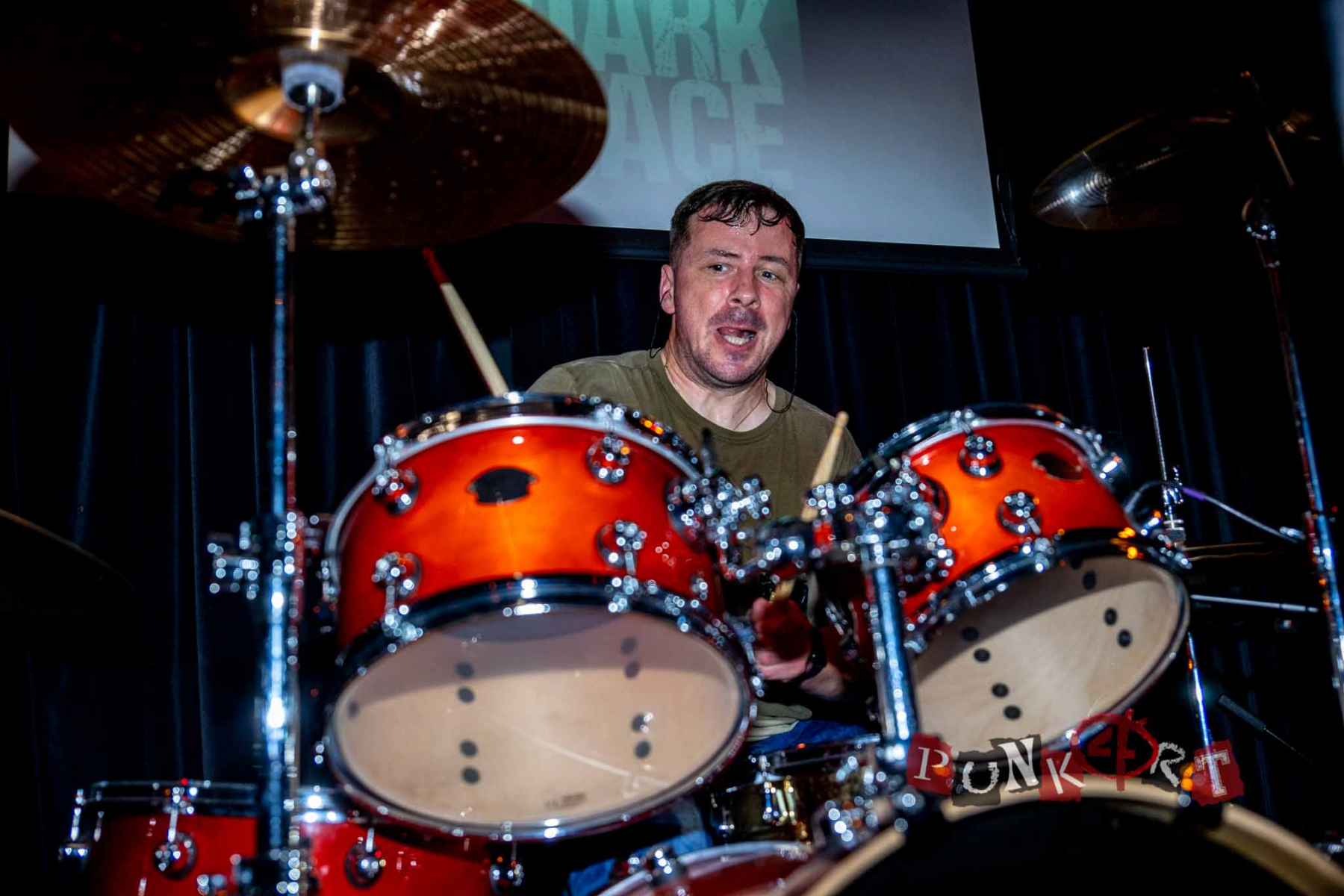 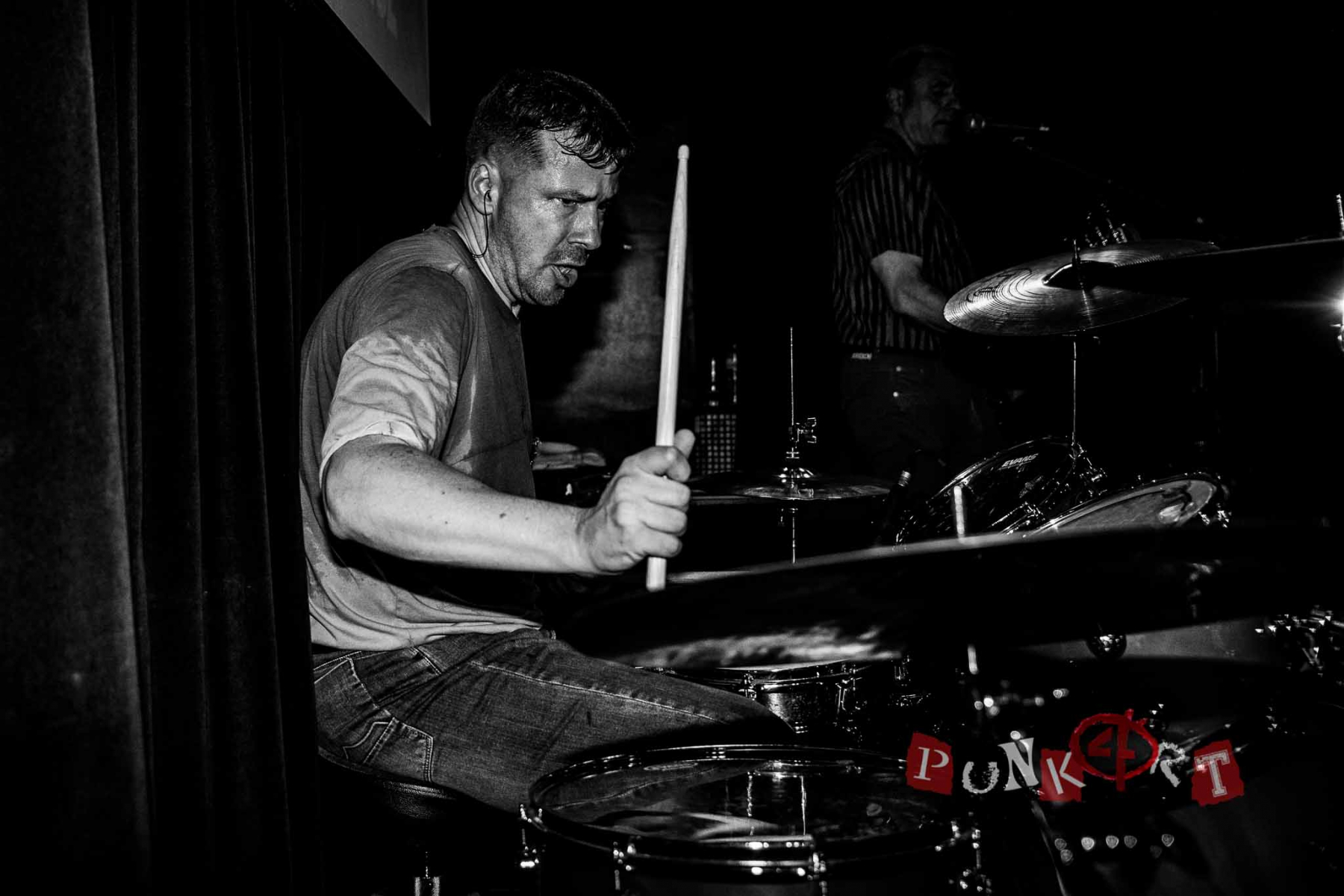 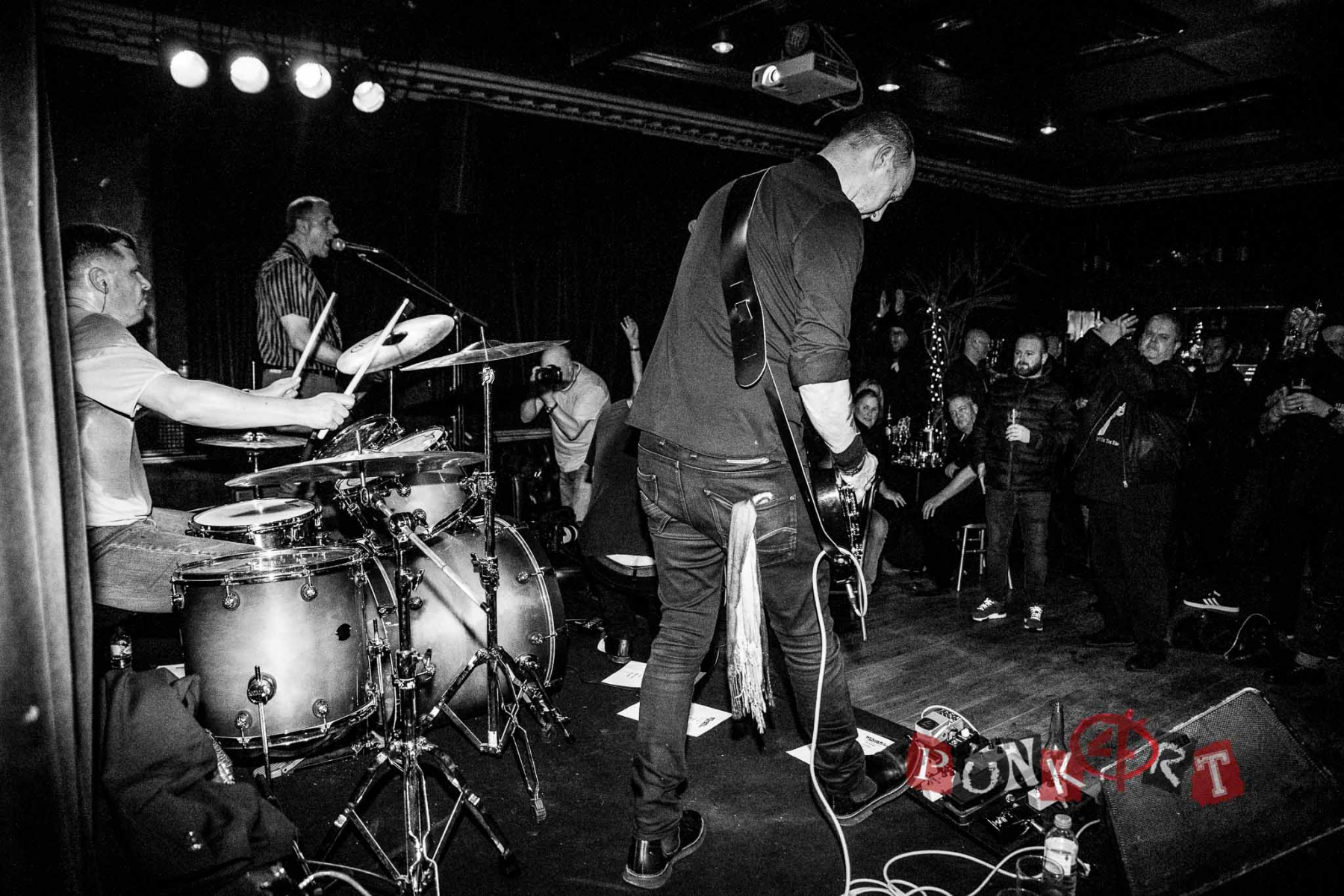 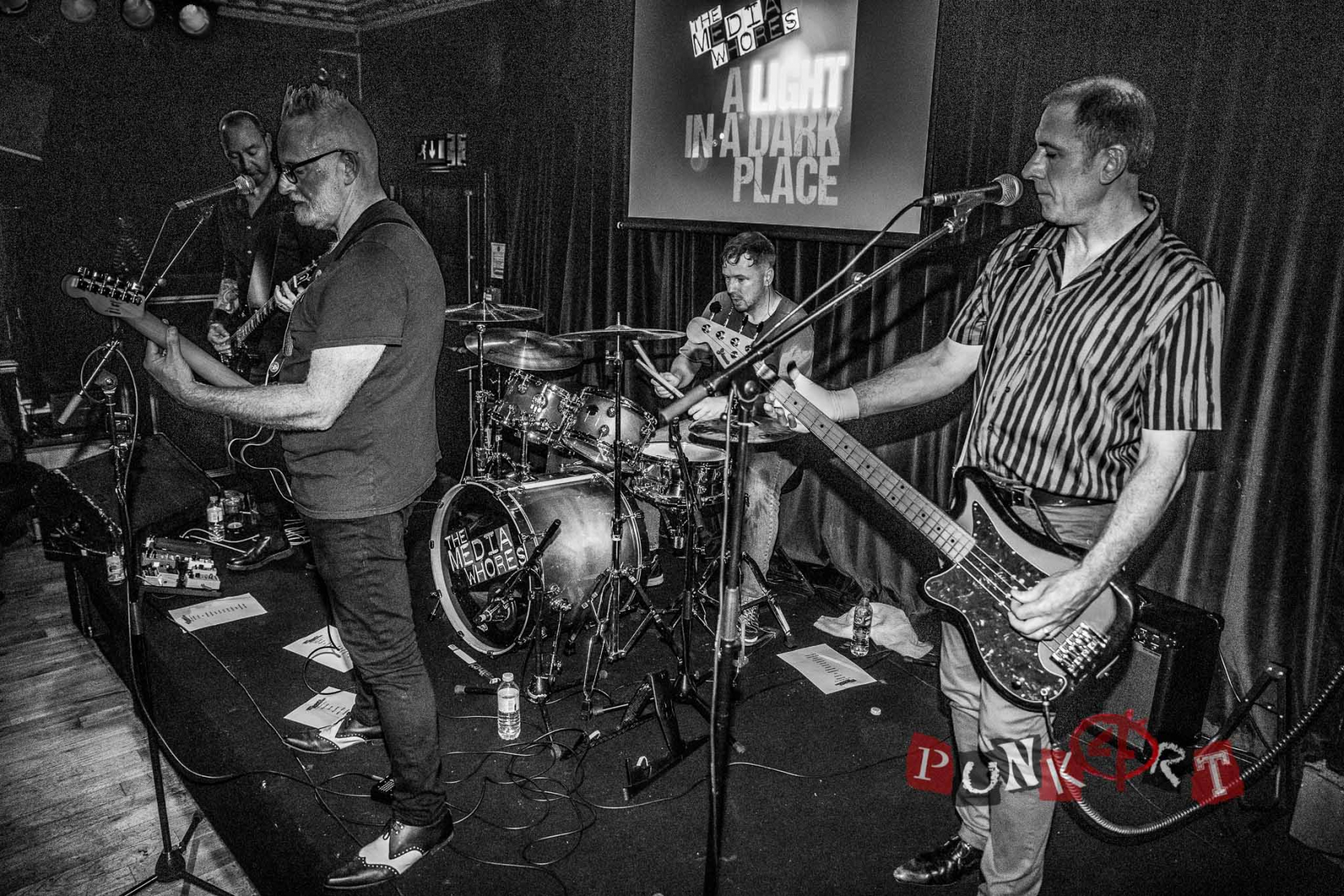 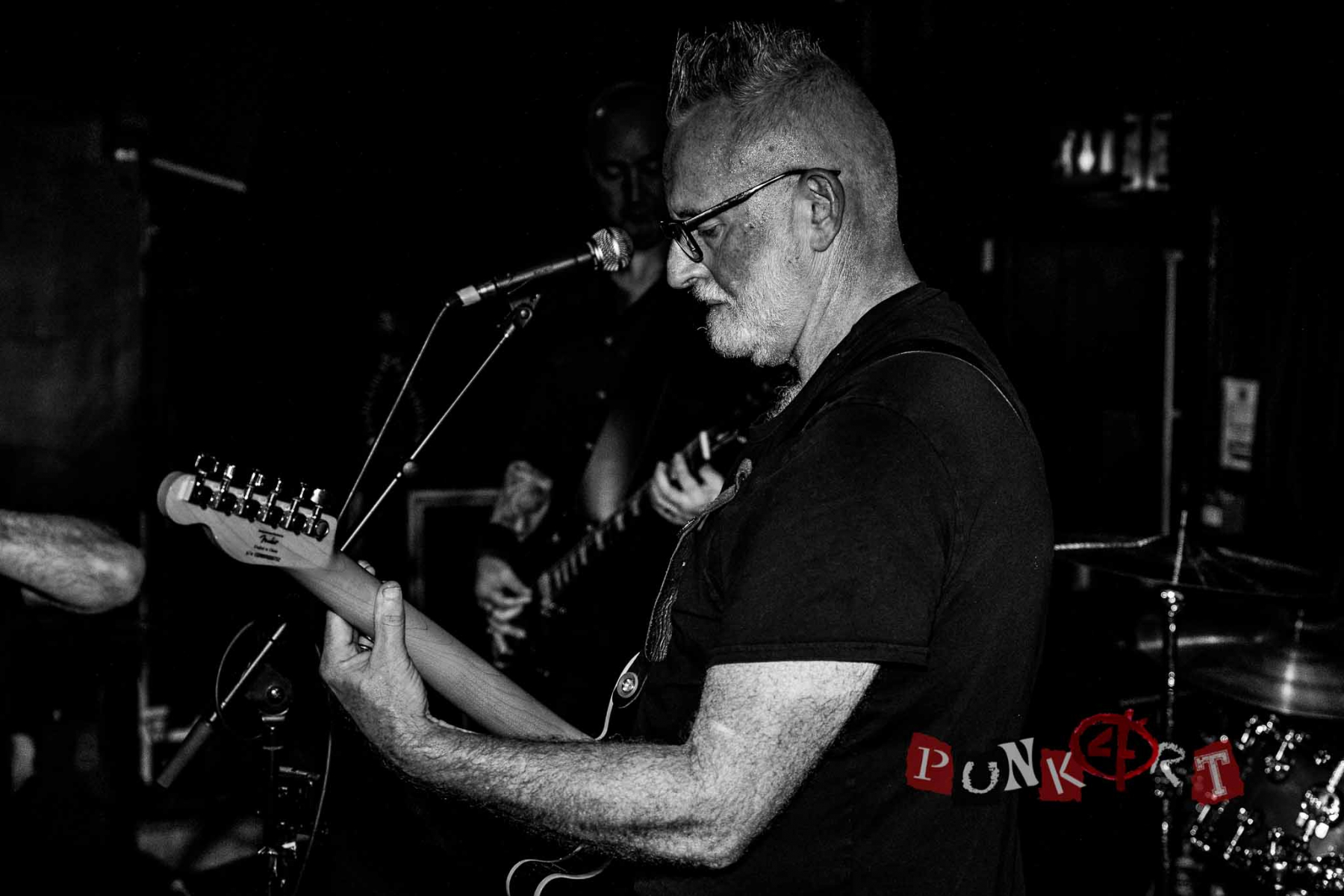 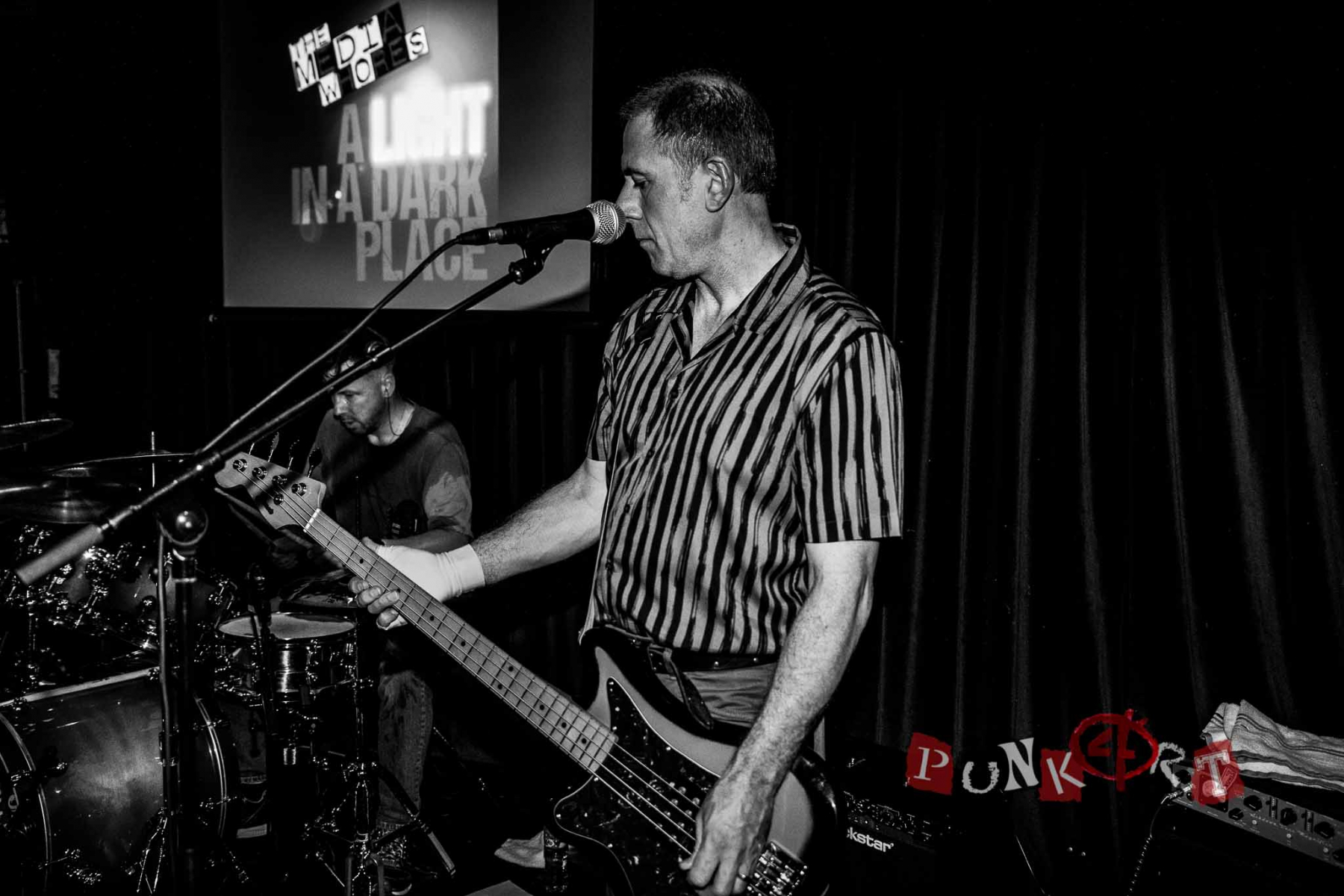 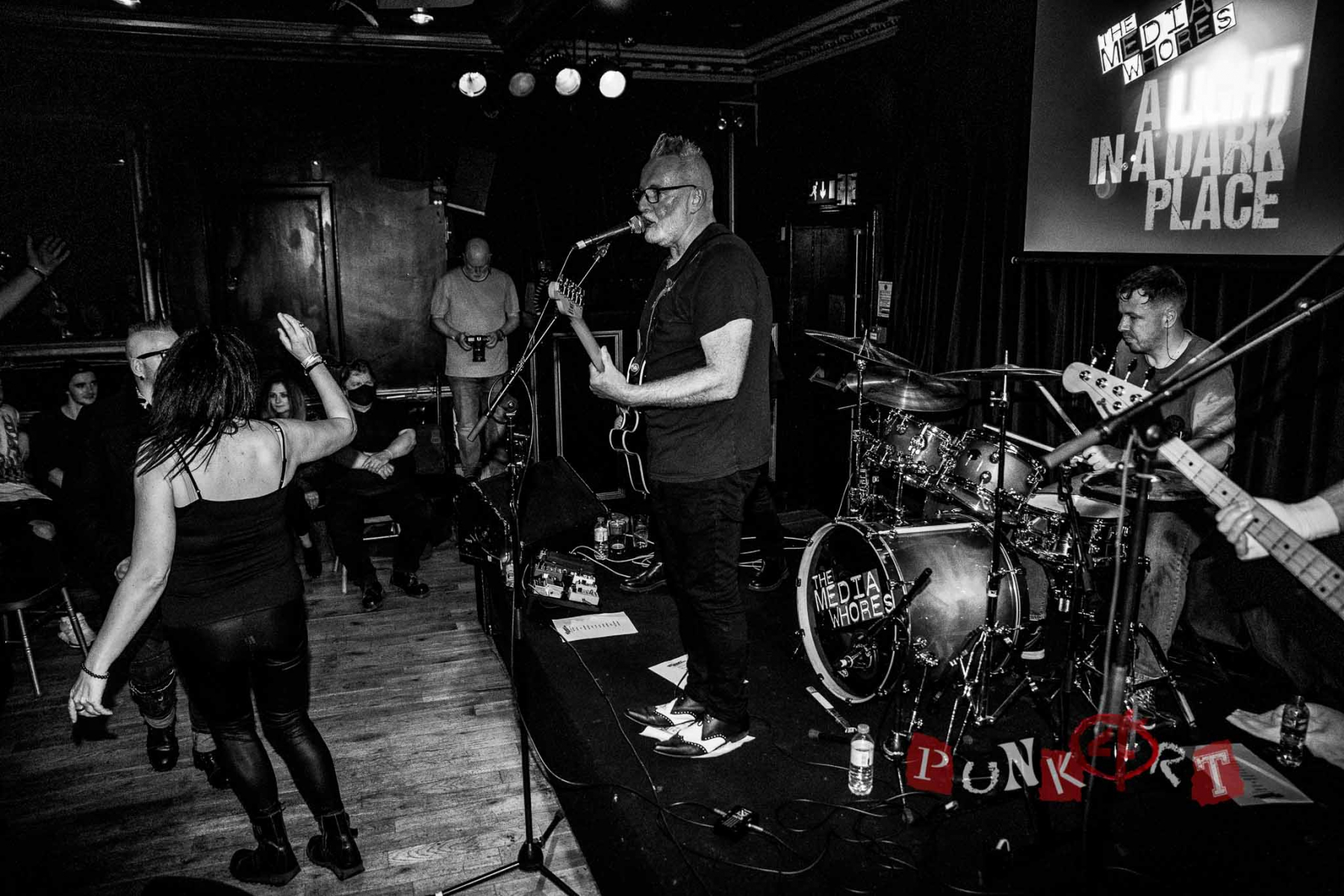 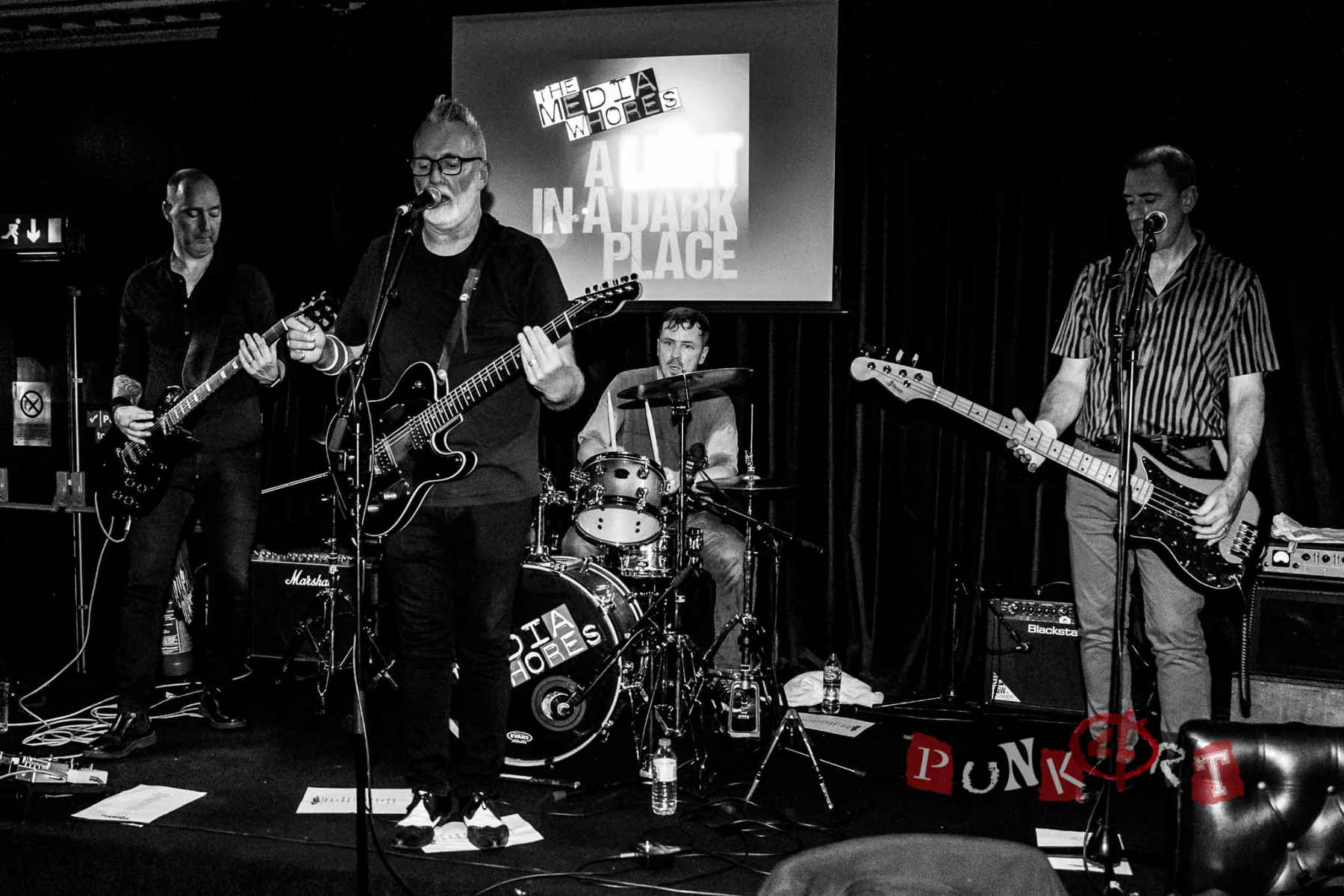 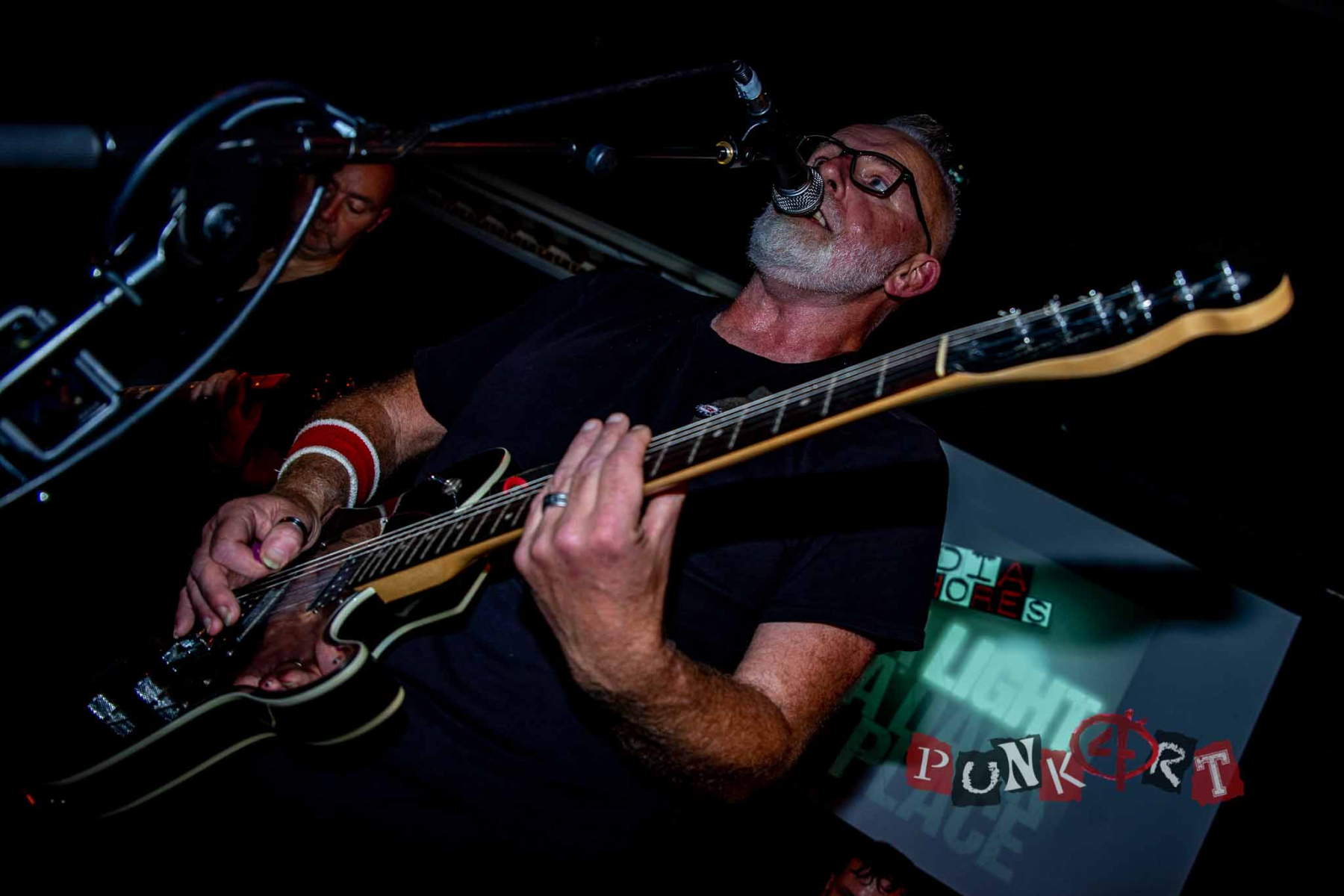 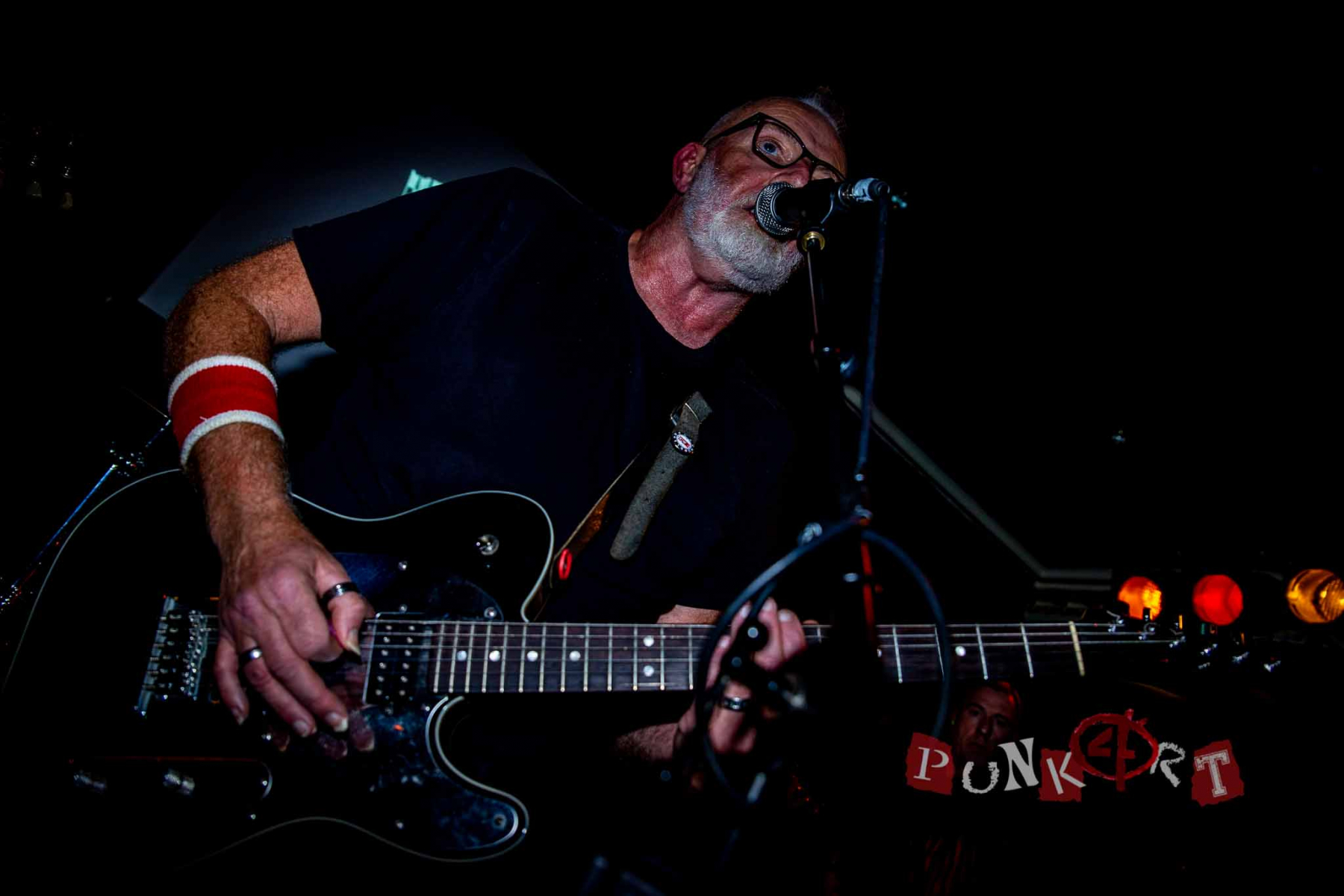 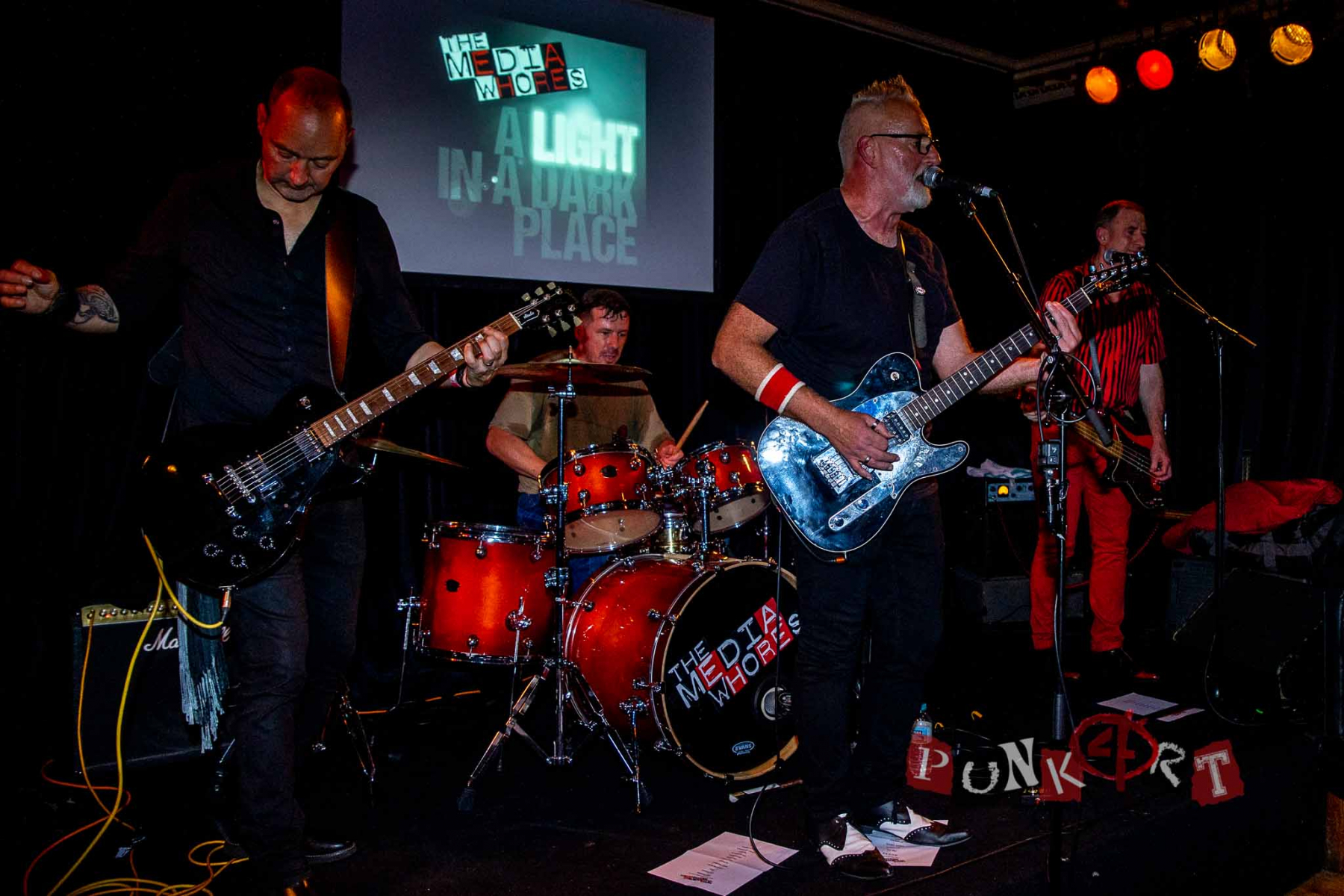 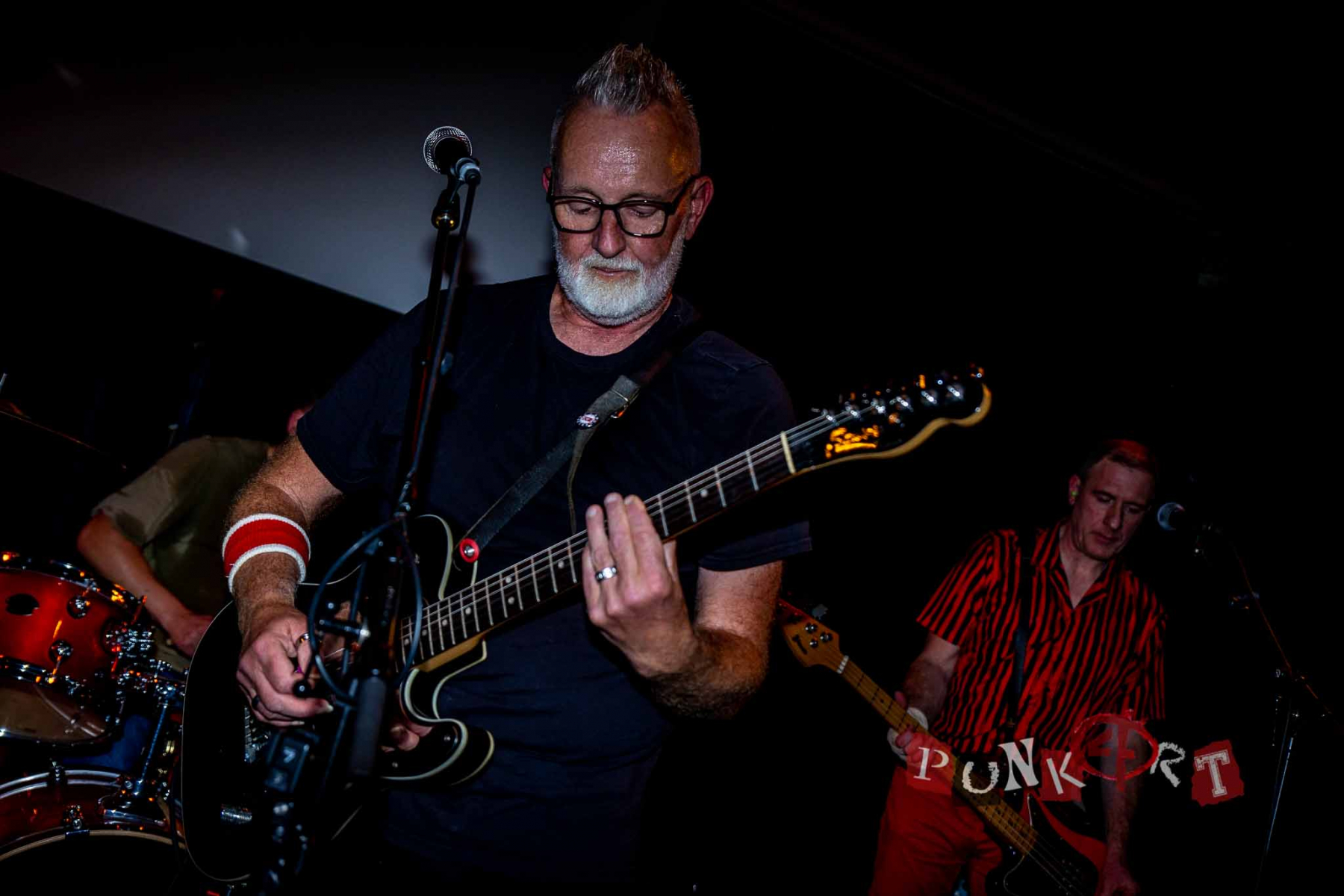 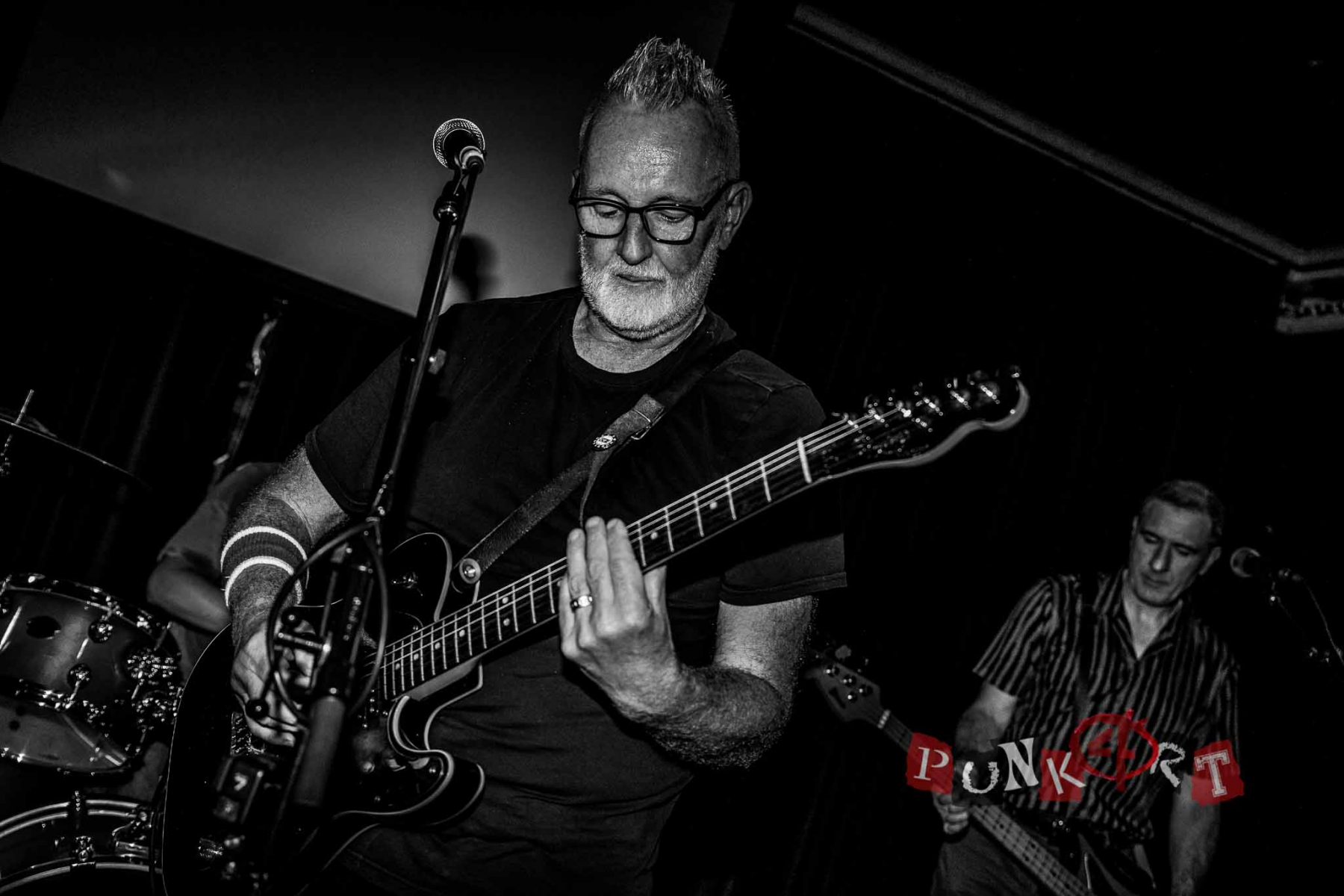 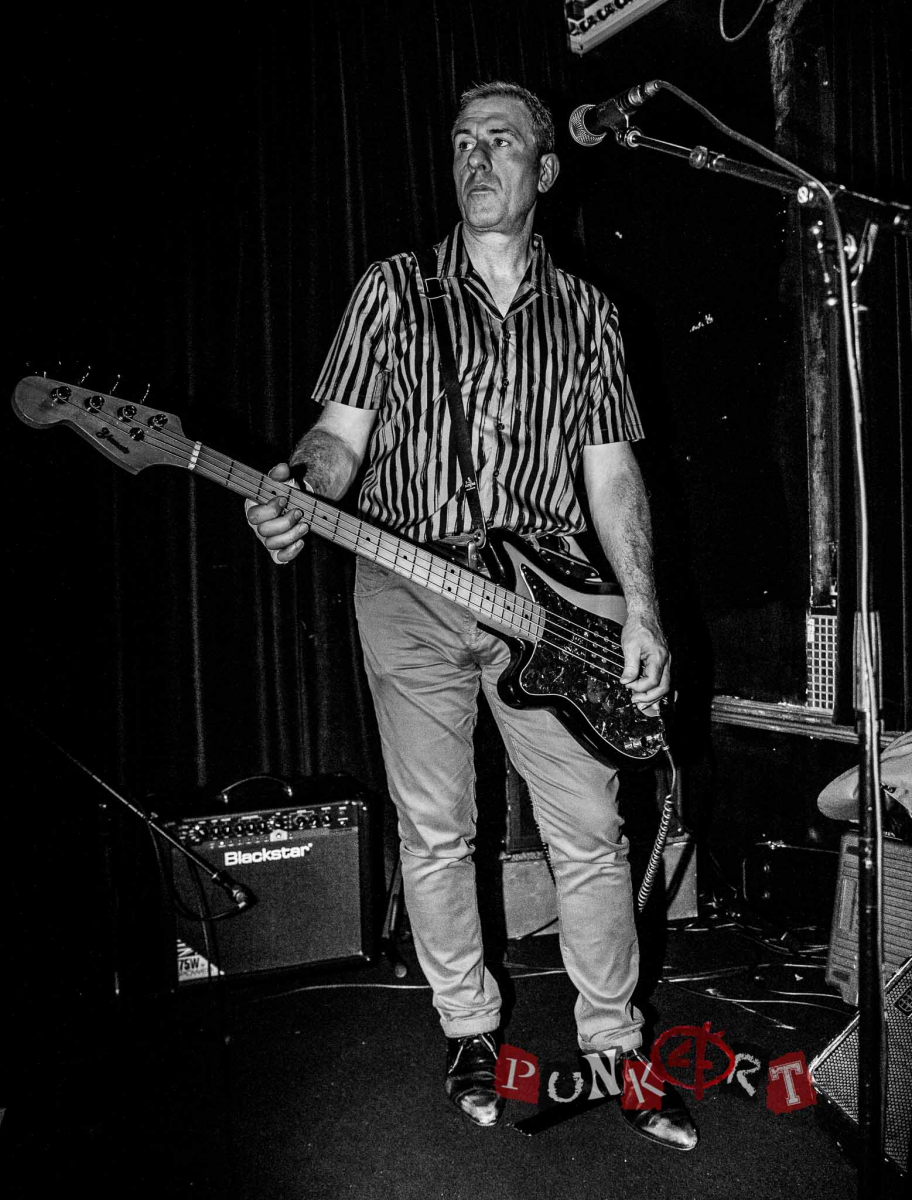 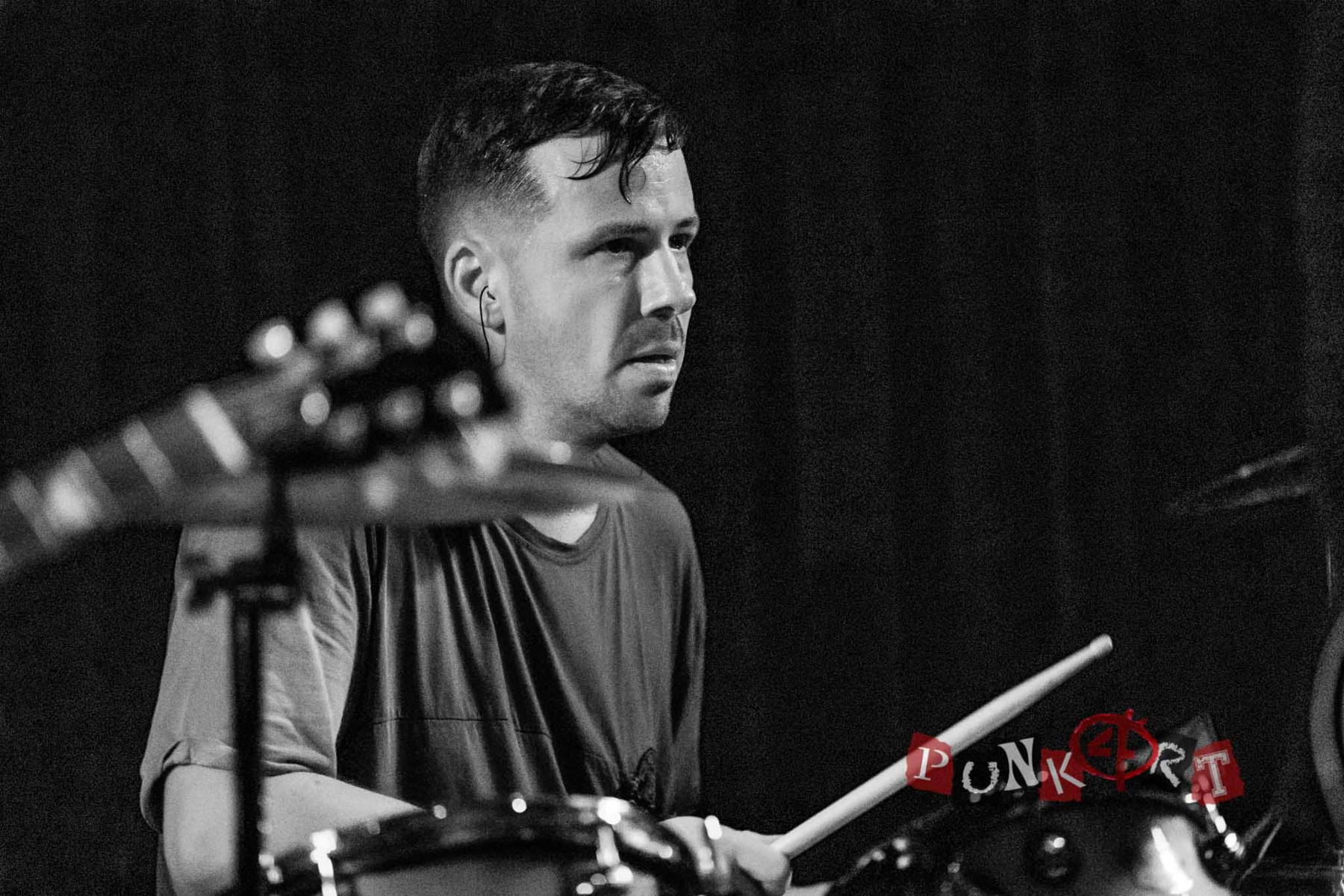 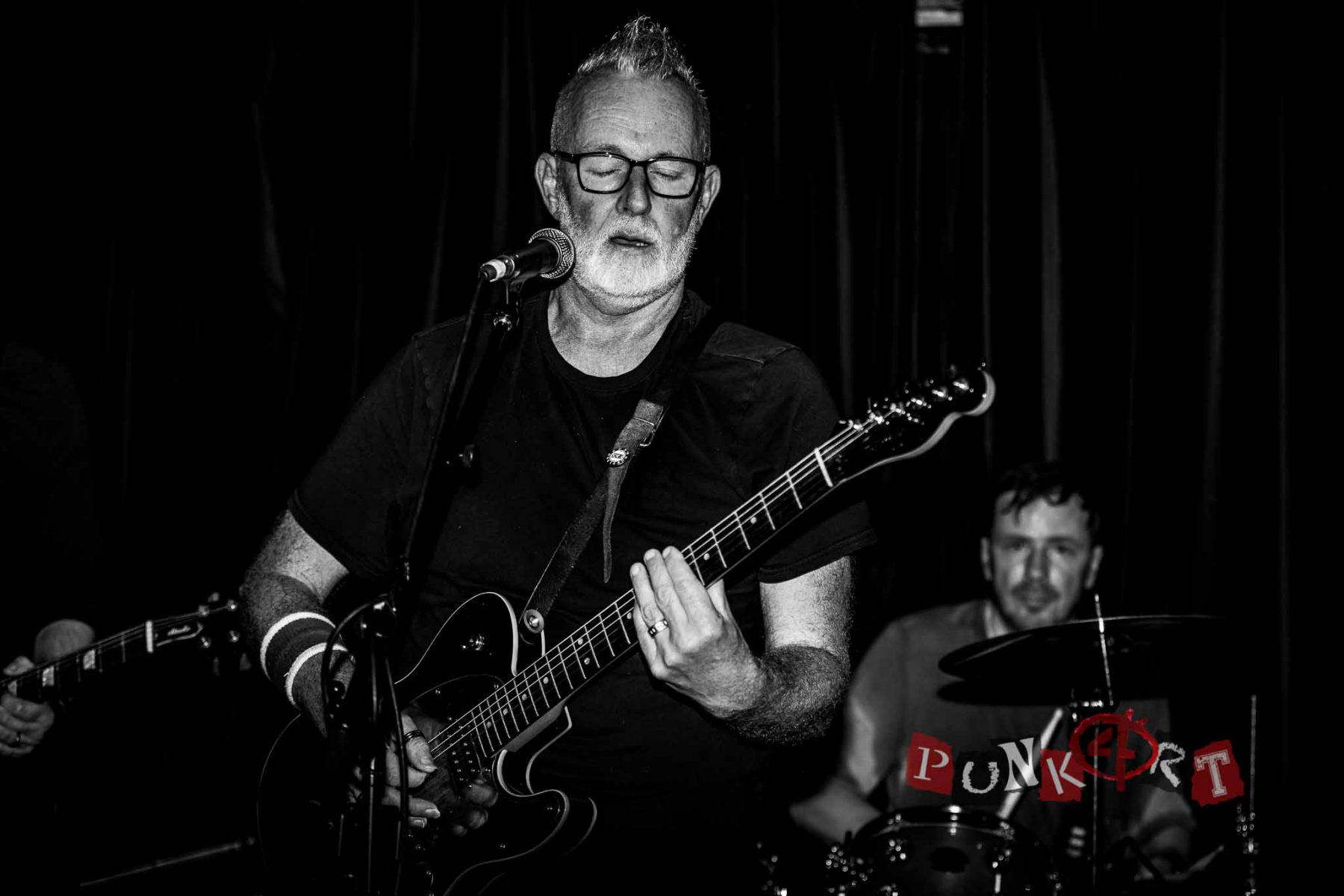 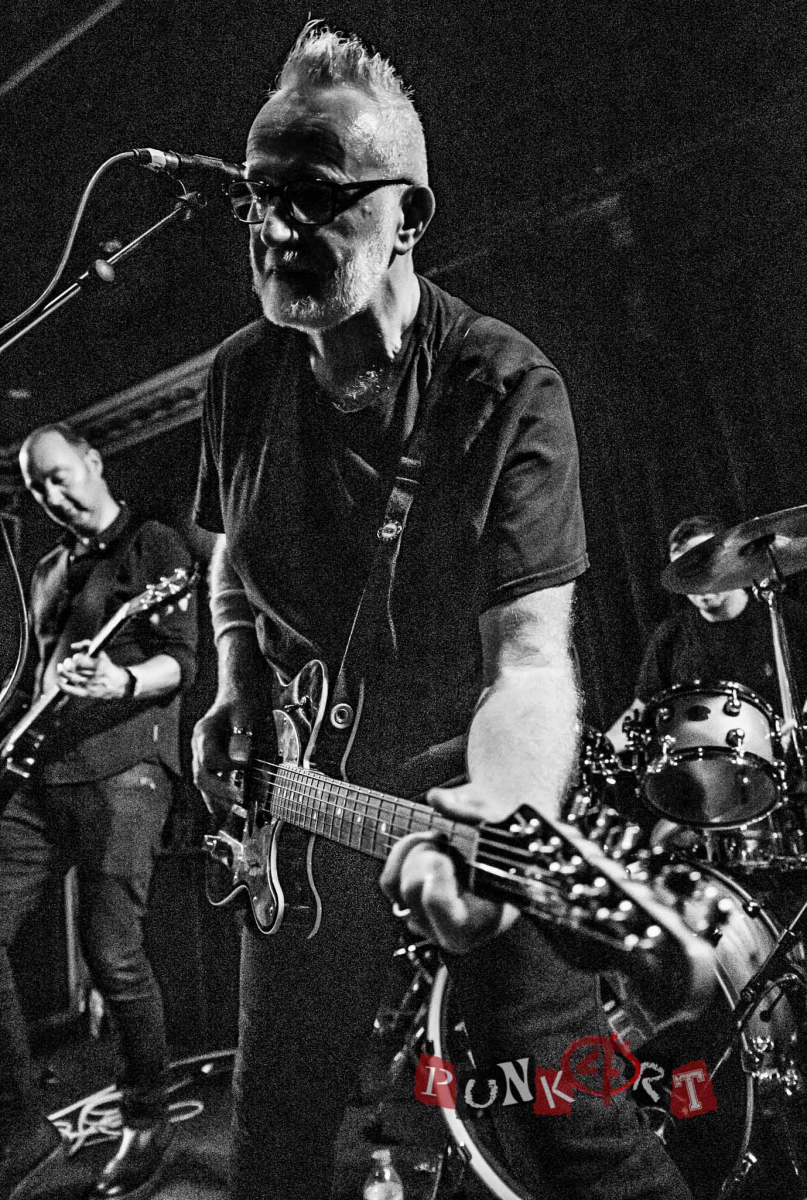 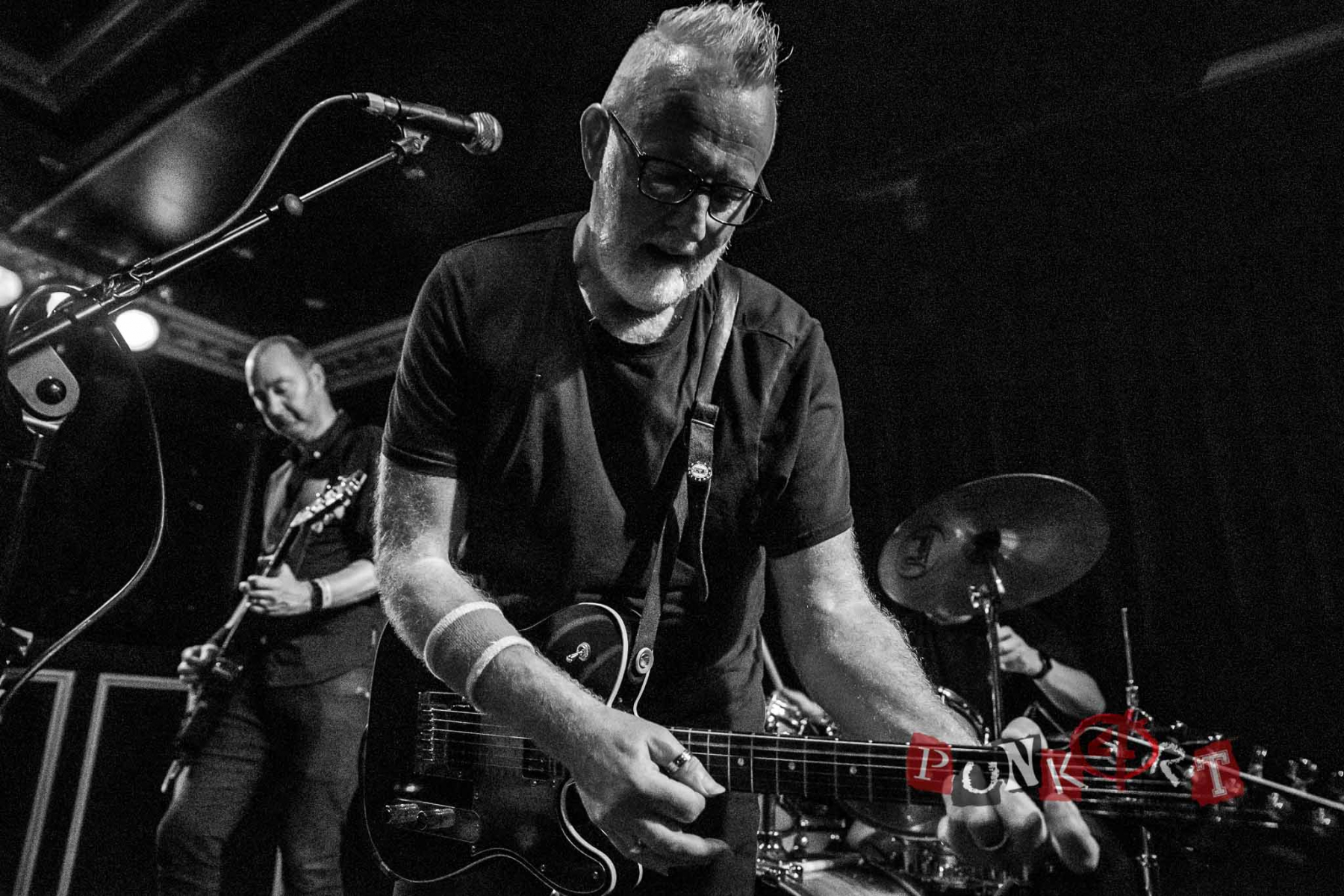 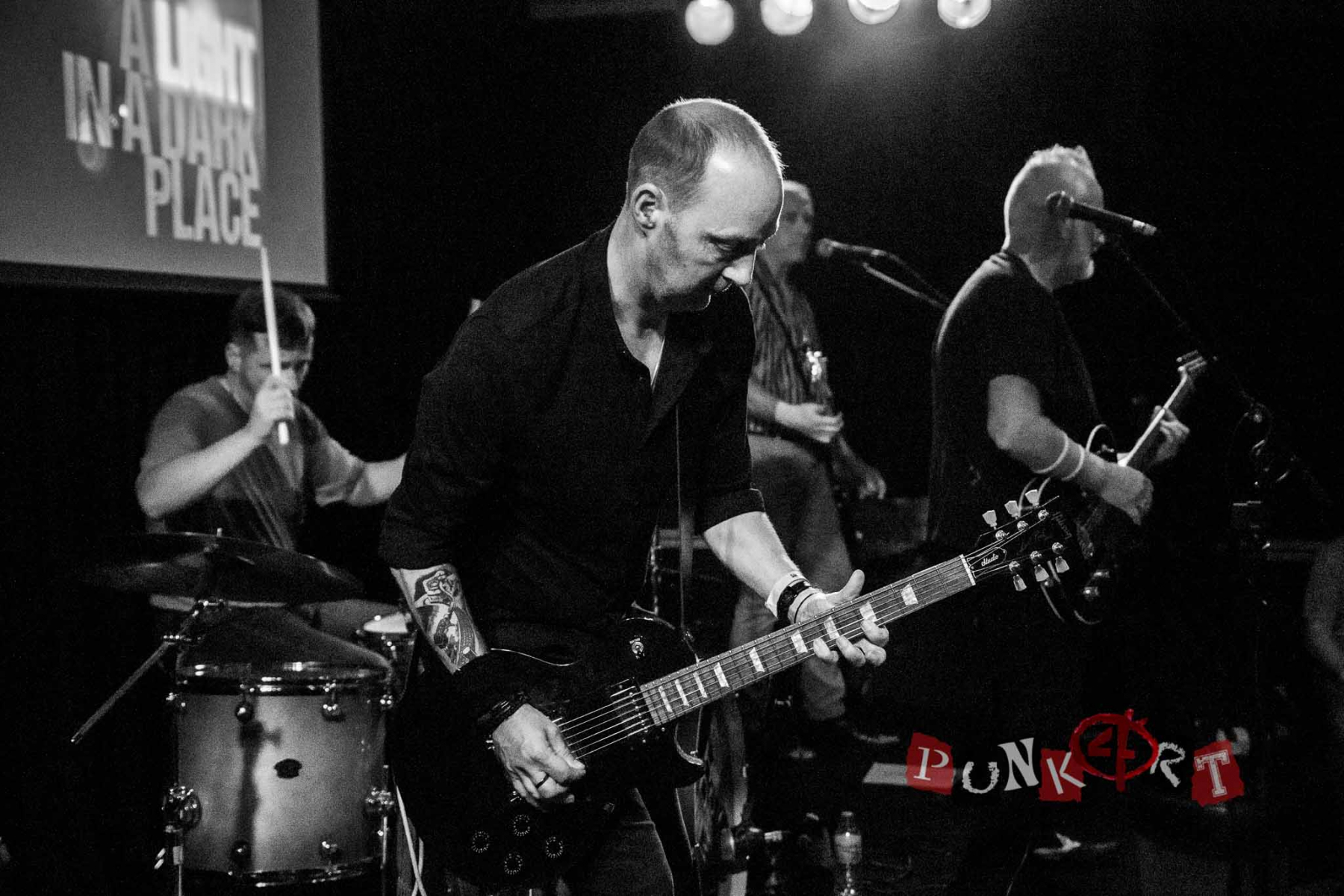 Subjects like the Cold War, Fascism, Consumerism, Big Pharma were all on the agenda for the evening. Some rather serious subjects, but the music goes some way to make these heavy issues palatable. The band have a knack of almost implanting their message in each song subliminally as you singalong. The penny just might drop if you listen long enough. No stranger to a good buzzword, the album is full of some serious sound bites. My only criticism being, there’s a few too many woah ho’s on the album for me but live, I get it. For those who hadn’t yet grabbed a copy of the album, there were a couple of live songs that would be familiar having previously appeared on the last album. The band were on a mission and even though one of the guitar amps kept overheating, they ploughed on. The album track listing was faithfully followed so nothing was left unaired. The full spectrum was on offer. Definitely one to check out if you haven’t already and it’s reassuring that a band can reproduce live what they record. No tricks, no gimmicks, no apologies. What you hear is what you get, what you do with it is up to you.

The night didn’t end there. The band played a second set from their back catalogue much to the delight of the crowd who had been shouting out song titles all night. The Media Whores leave no stone unturned when it comes to political and social commentary. Look forward to seeing them again so which shouldn’t be too long.