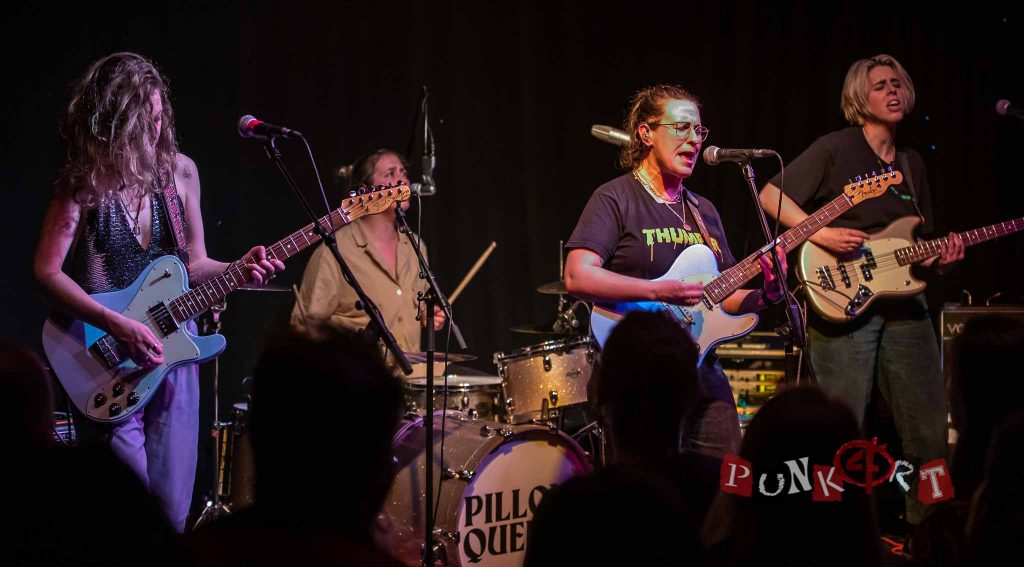 The rise and rise of Pillow Queens was somewhat put on hold due to Covid but they are back with a bang. Sold out gigs up and down the country bodes well for the future and with a new album on the horizon, it won’t be long before they’re back out on the road. Edinburgh was the third last date of their current run of dates and sold out not long after tickets went on sale. The Voodoo Rooms was a fantastic setting for their first gig on the capital.

Teose are an indie three piece from Glasgow formed in late 2019. The band is made up of Melissa Brisbane (guitar/vocals), Sean Mason (bass) and Jordan Thomson (drums). With a raft of singles and a debut album released in 2019, the band grabbed the opportunity to share their edgy, melodic melancholy, dreamy indie music. The album, “I feel so insecure” certainly didn’t reflect the performance as the band relished the opportunity to play to a sell out crowd. 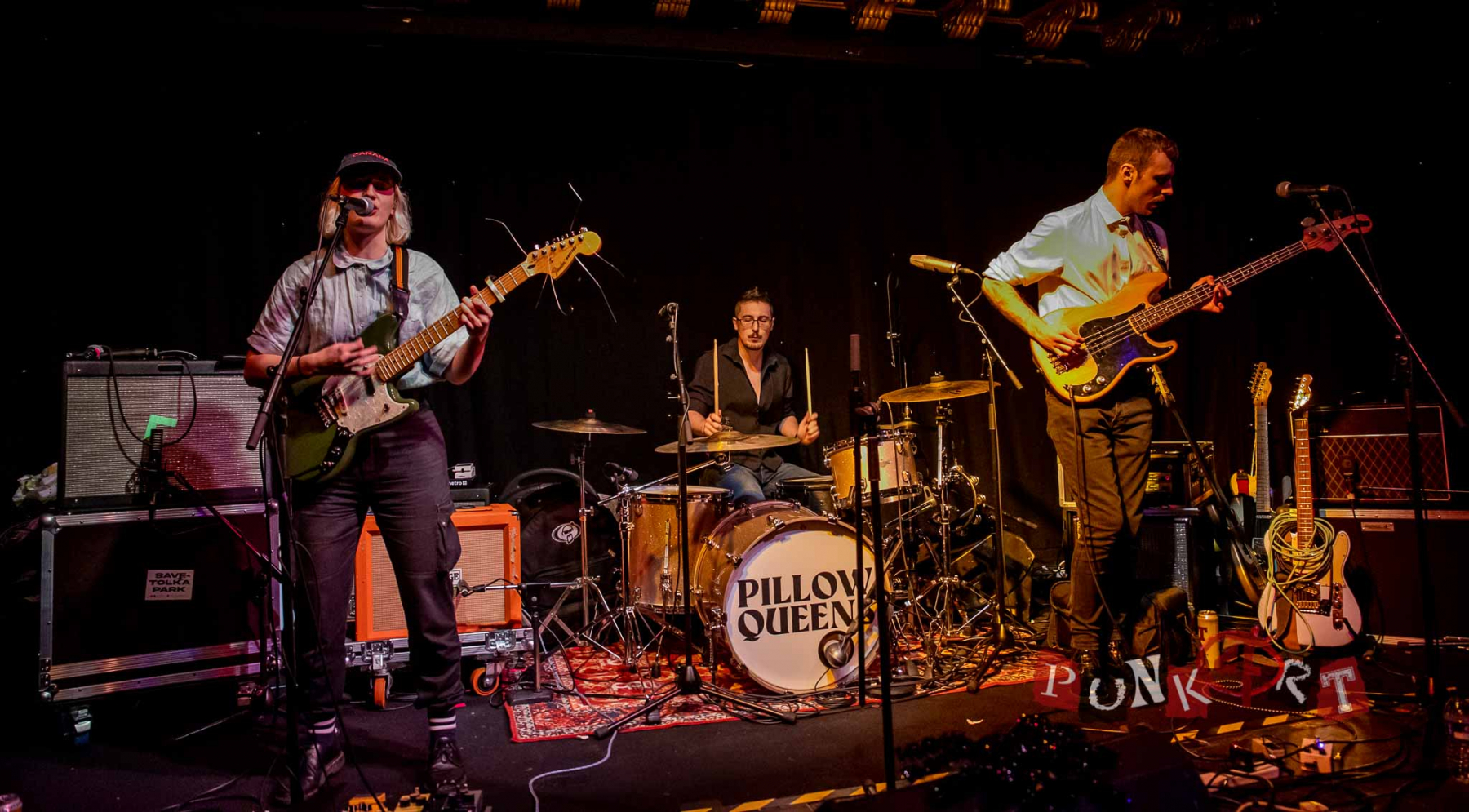 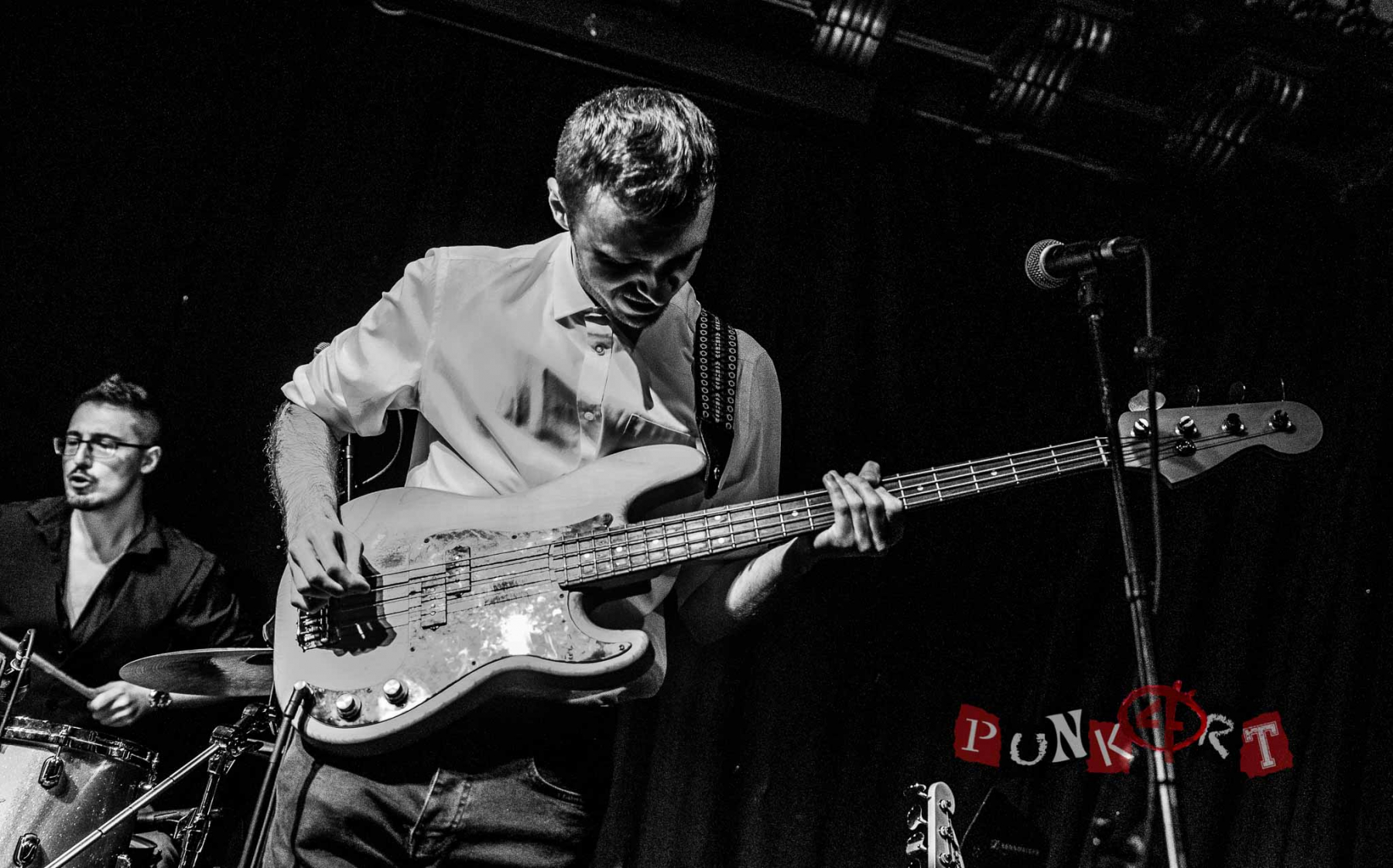 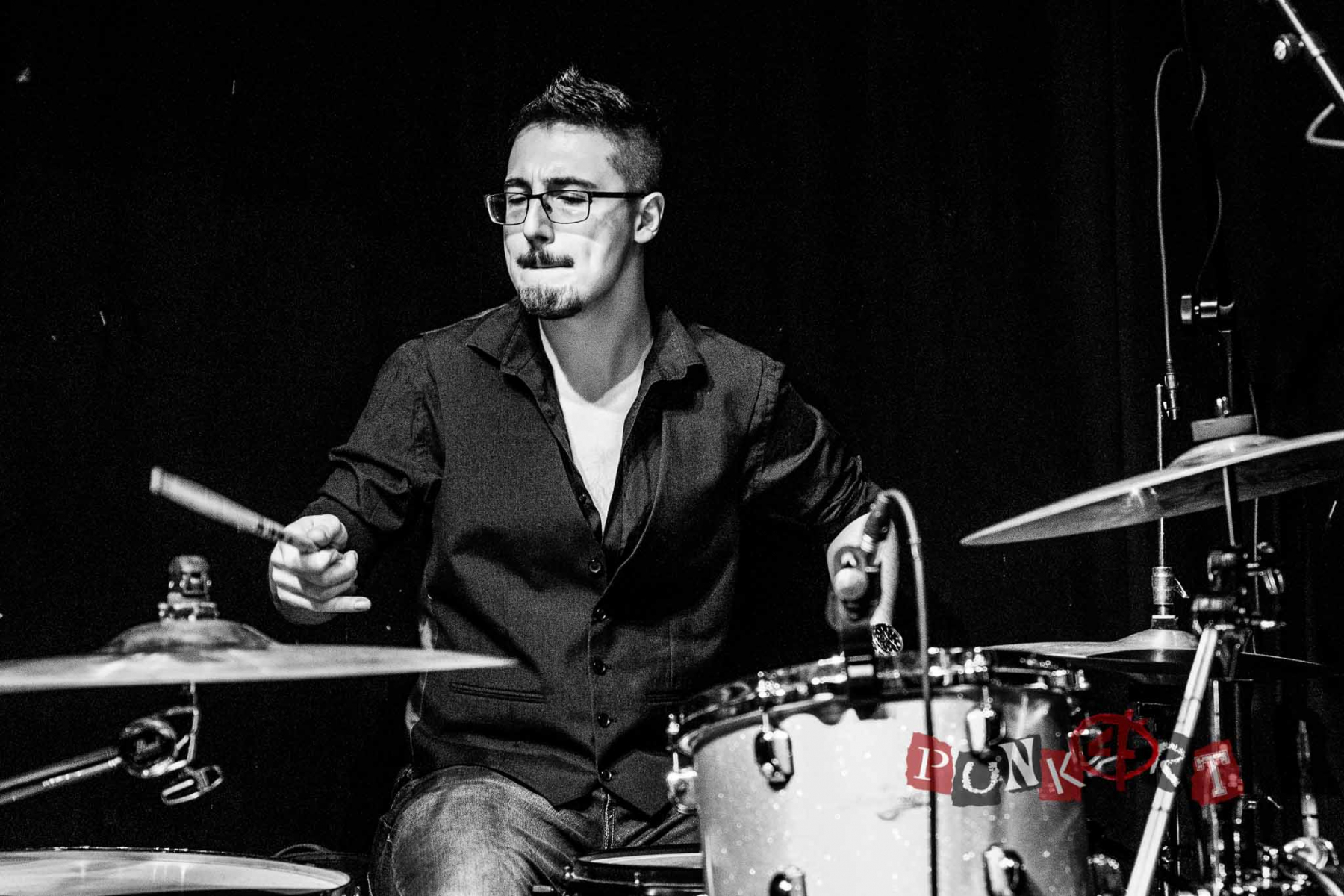 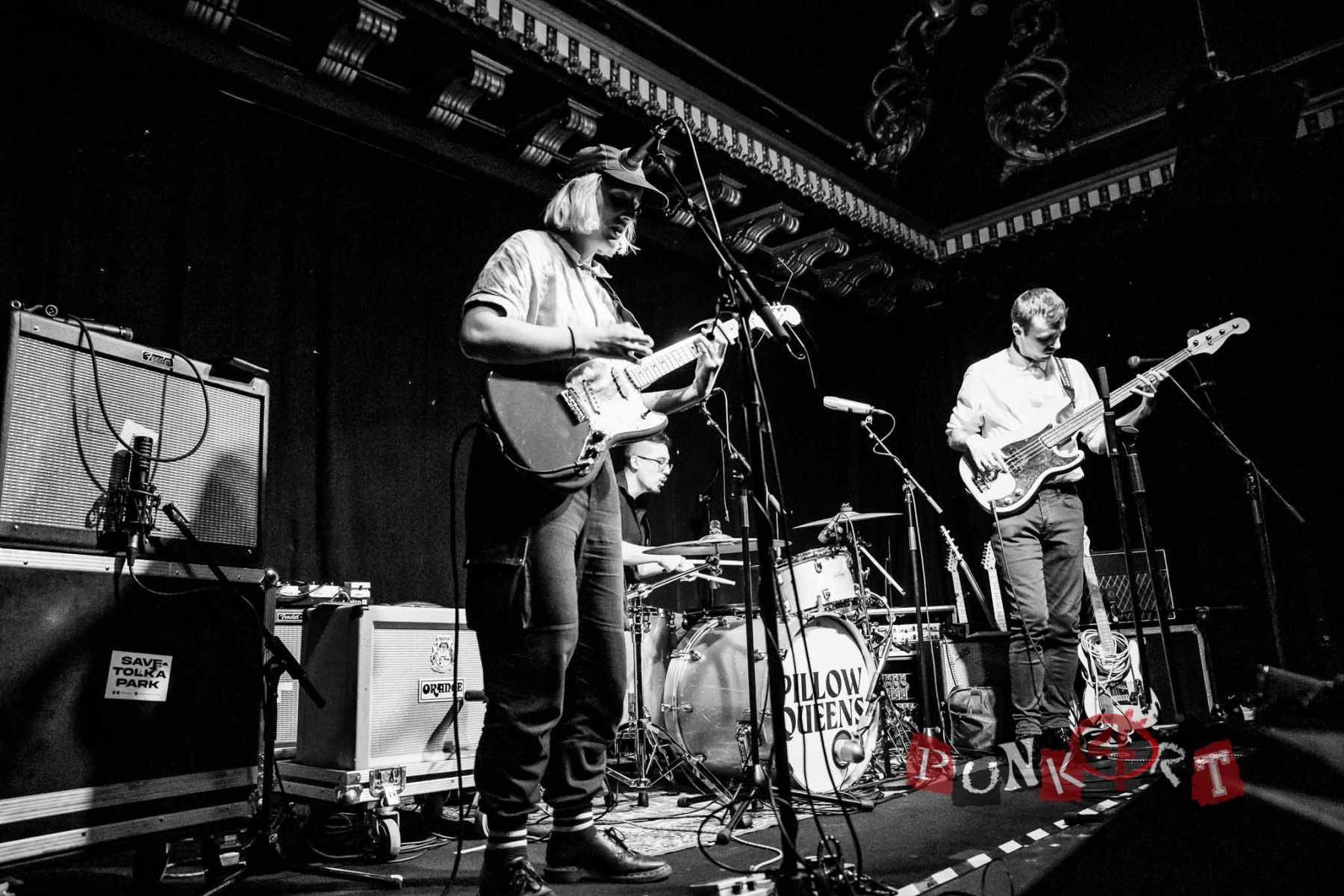 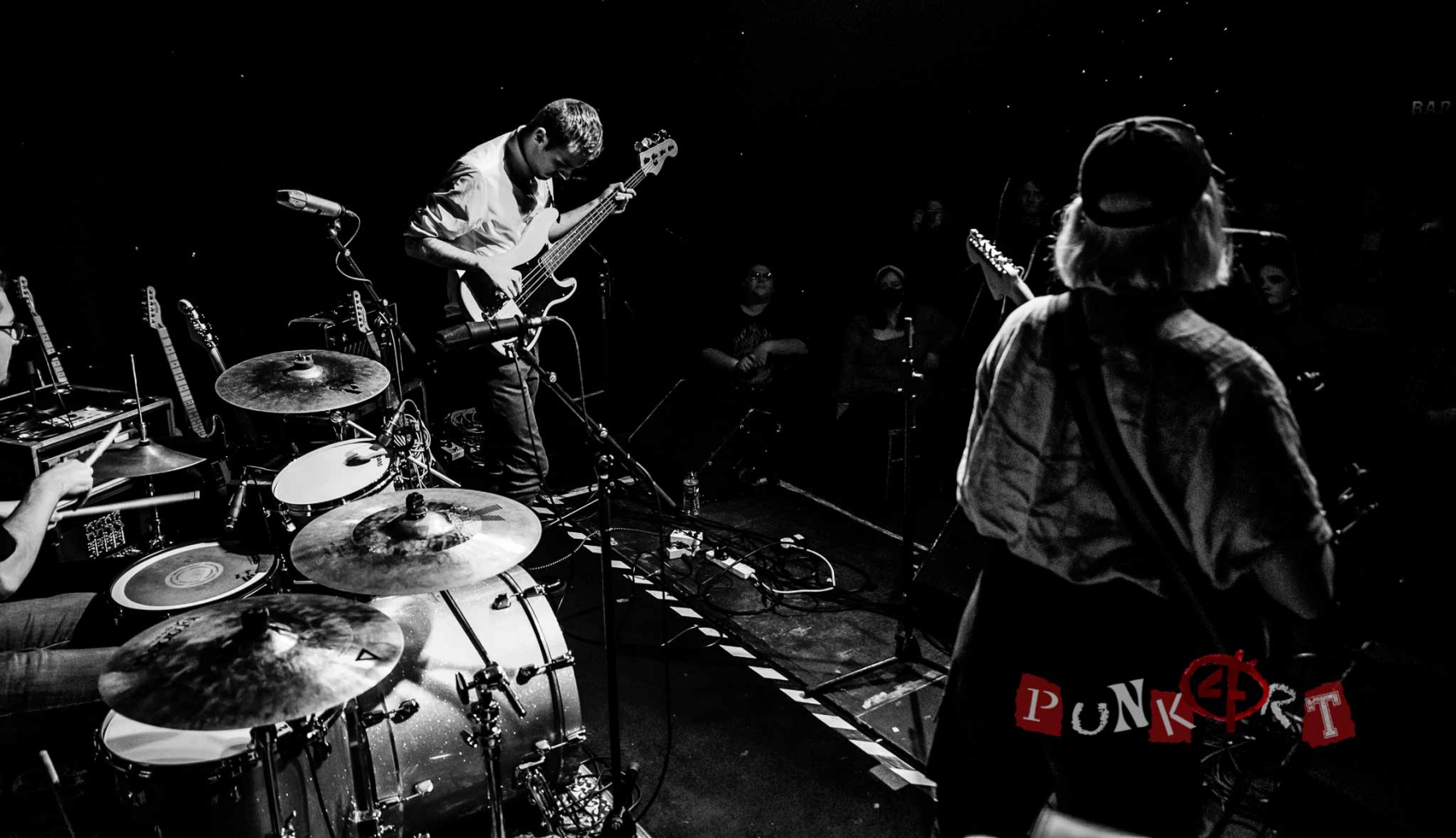 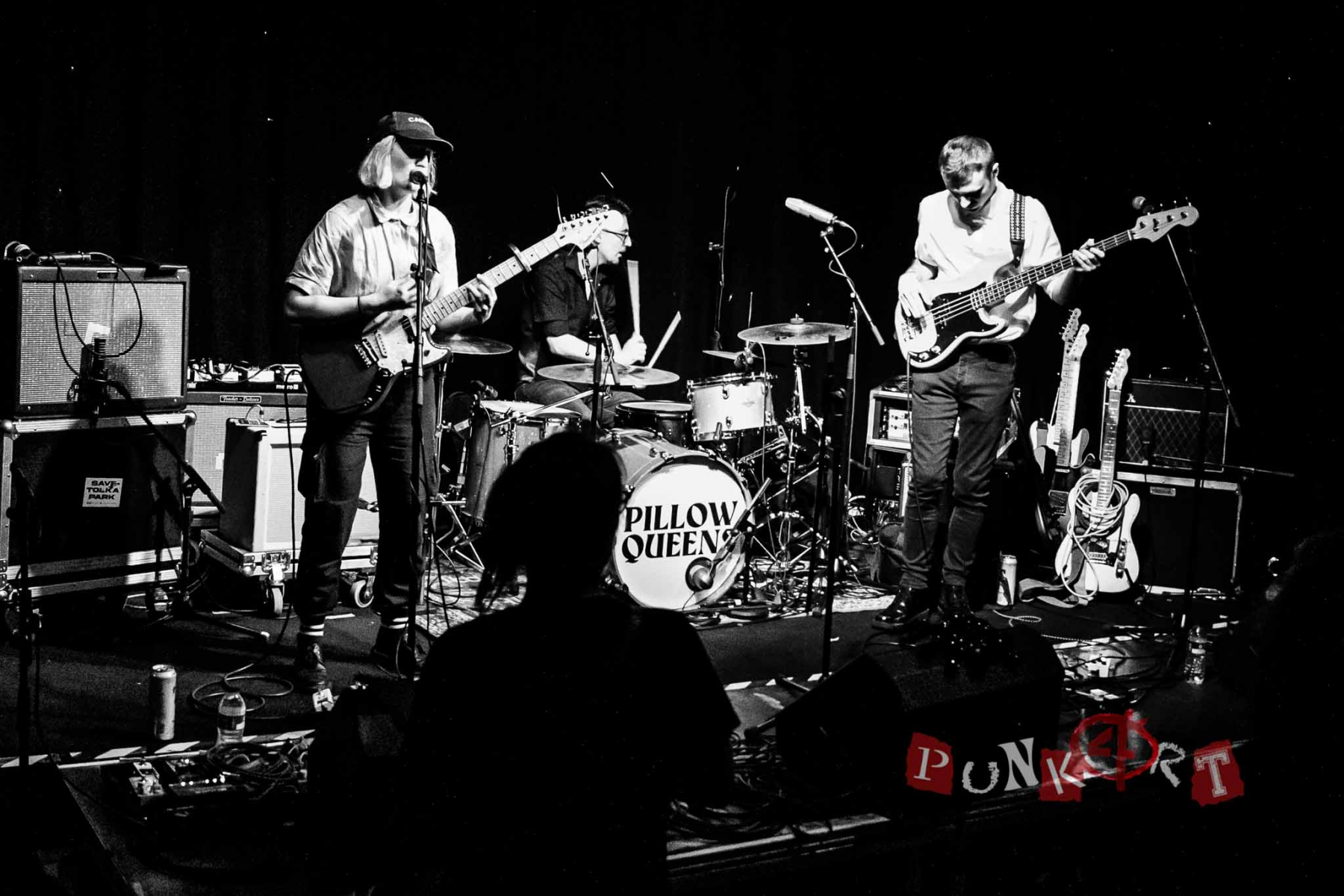 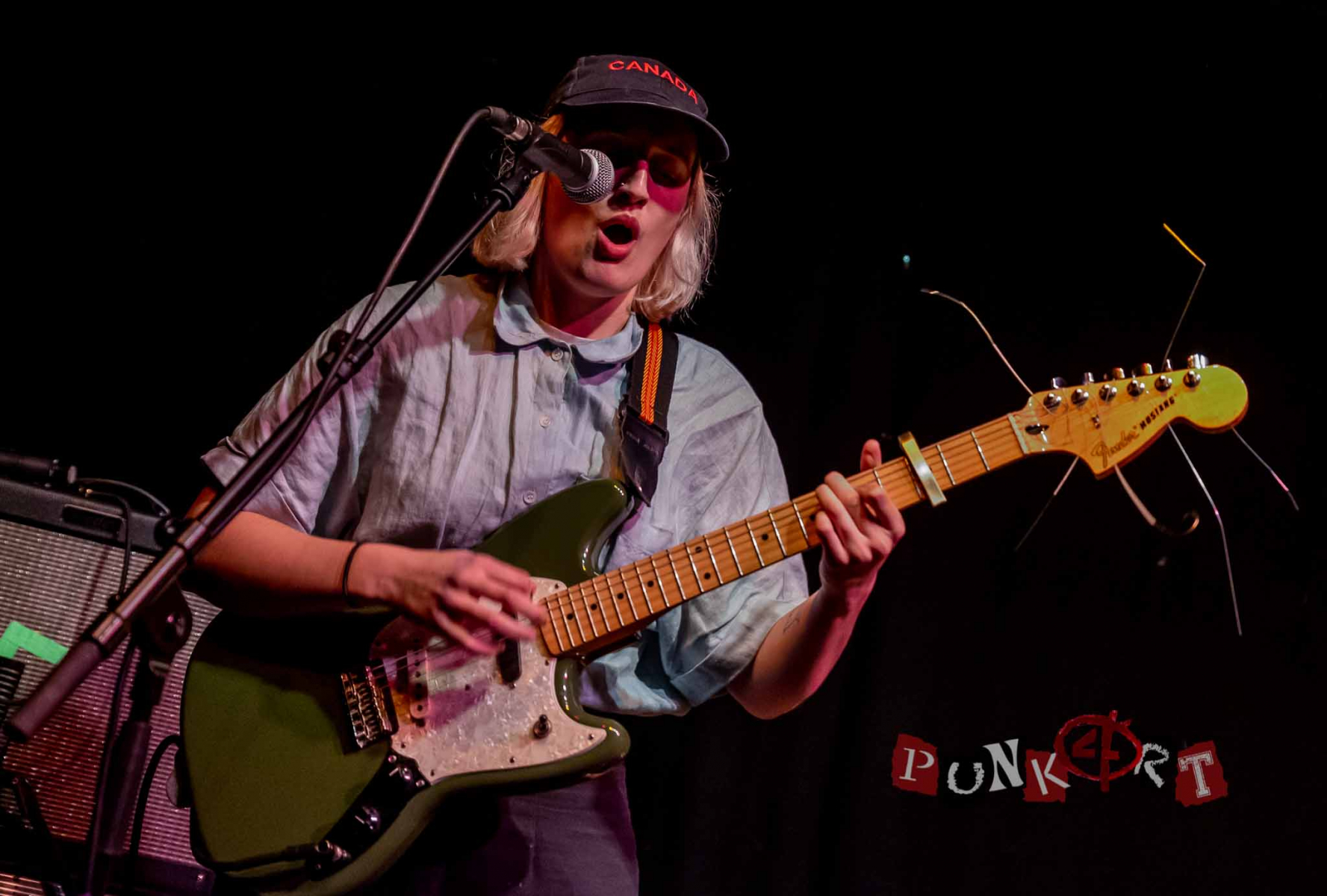 Pillow Queens took the stage to a packed out room. It’s a year of firsts for the band and if an Edinburgh gig wasn’t on their bucket list, it certainly should go down as memorable! The set list gave the audience the chance to hear all the tracks from their album “In Waiting” played live and showed what strength in depth they have. As the crowd faithfully mouthed the words to almost every song, the band were in good company. From the opener “Holy Show” right through to “Liffey” the band were effervescent. There was a heart felt cheer as every song was announced and the delight on the faces of the crowd was magnified by the band. The band suggested the crowd slow dance or do whatever at the beginning of “Harvey” and the lush dreamy vocals were complimented beautifully by the transcendent chords.

Delightful anecdotes between songs also brought about some riotous laughter as stories of blown out tyres and broken trouser zips educated the audience of what life on the road is really like. The band did say they were feeling slightly jaded as the tour was nearing an end but they must be living vicariously from the crowds energy. “How Do I Look” had the room bouncing mid-set and the band maintained the vibe even though the tempo dipped for “Gay Girls” and “Donaghmede”. James Corden was blown away by the band earlier this year and up and down the country, the feeling is mutual as Pillow Queens lived up to the hype in Edinburgh. 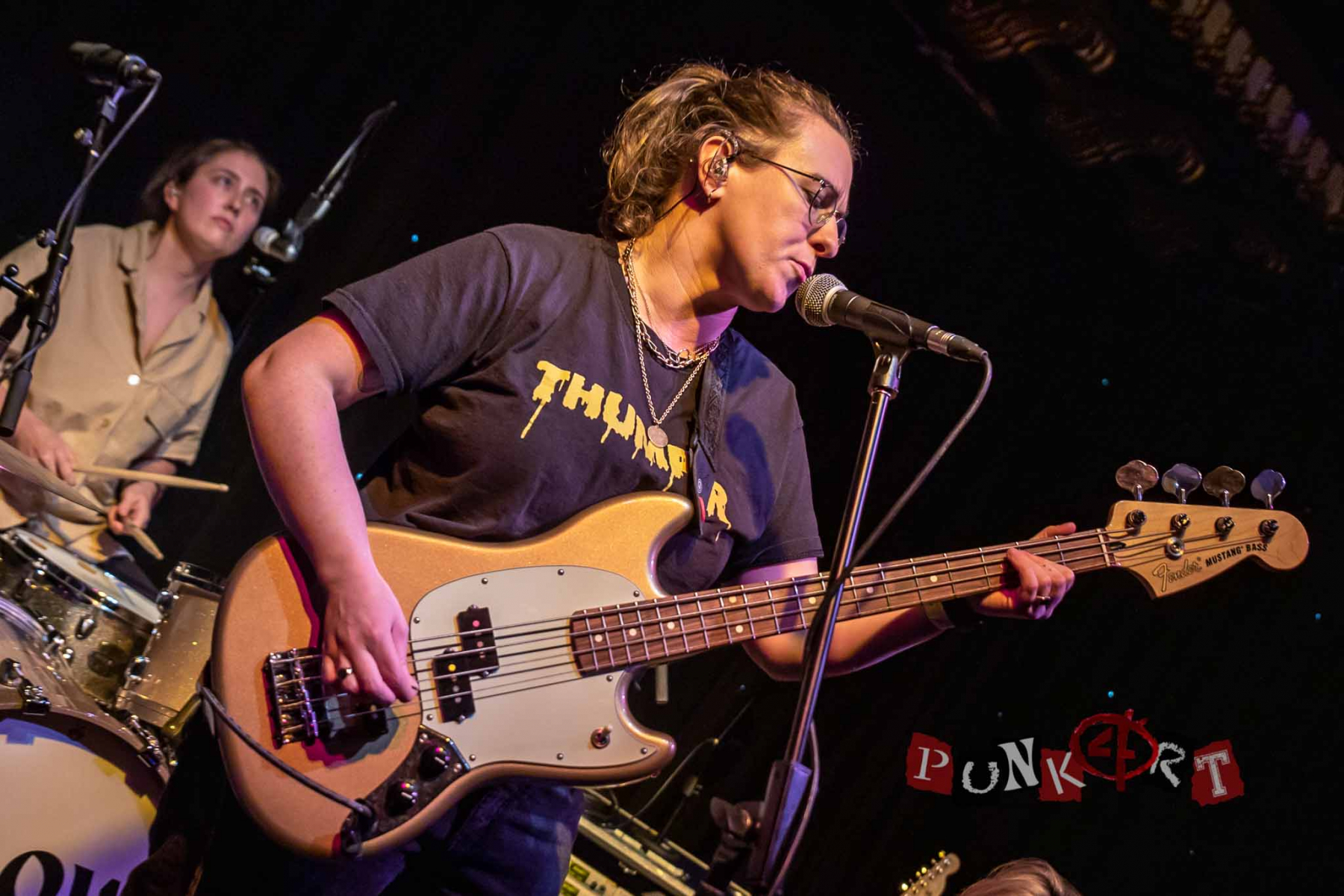 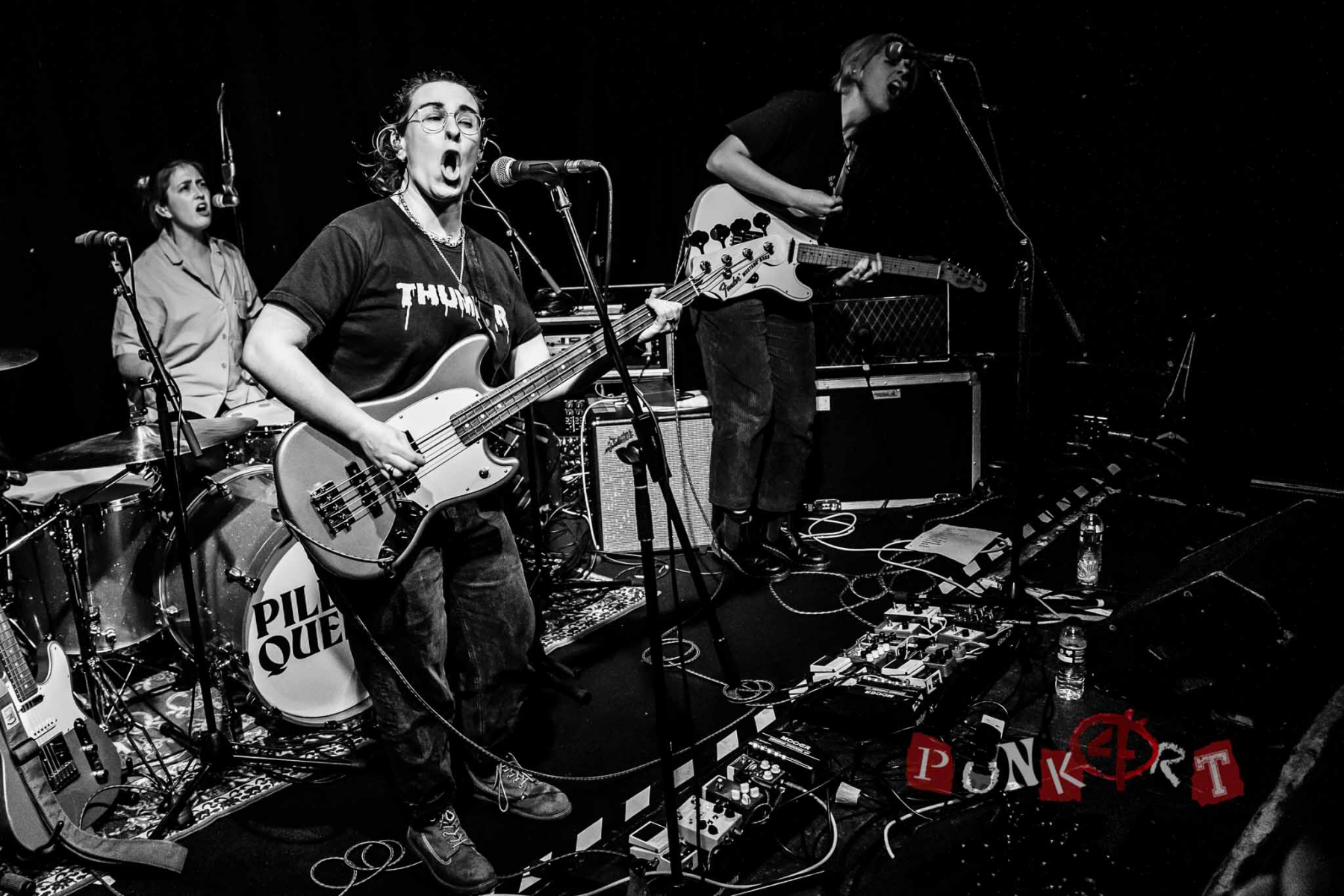 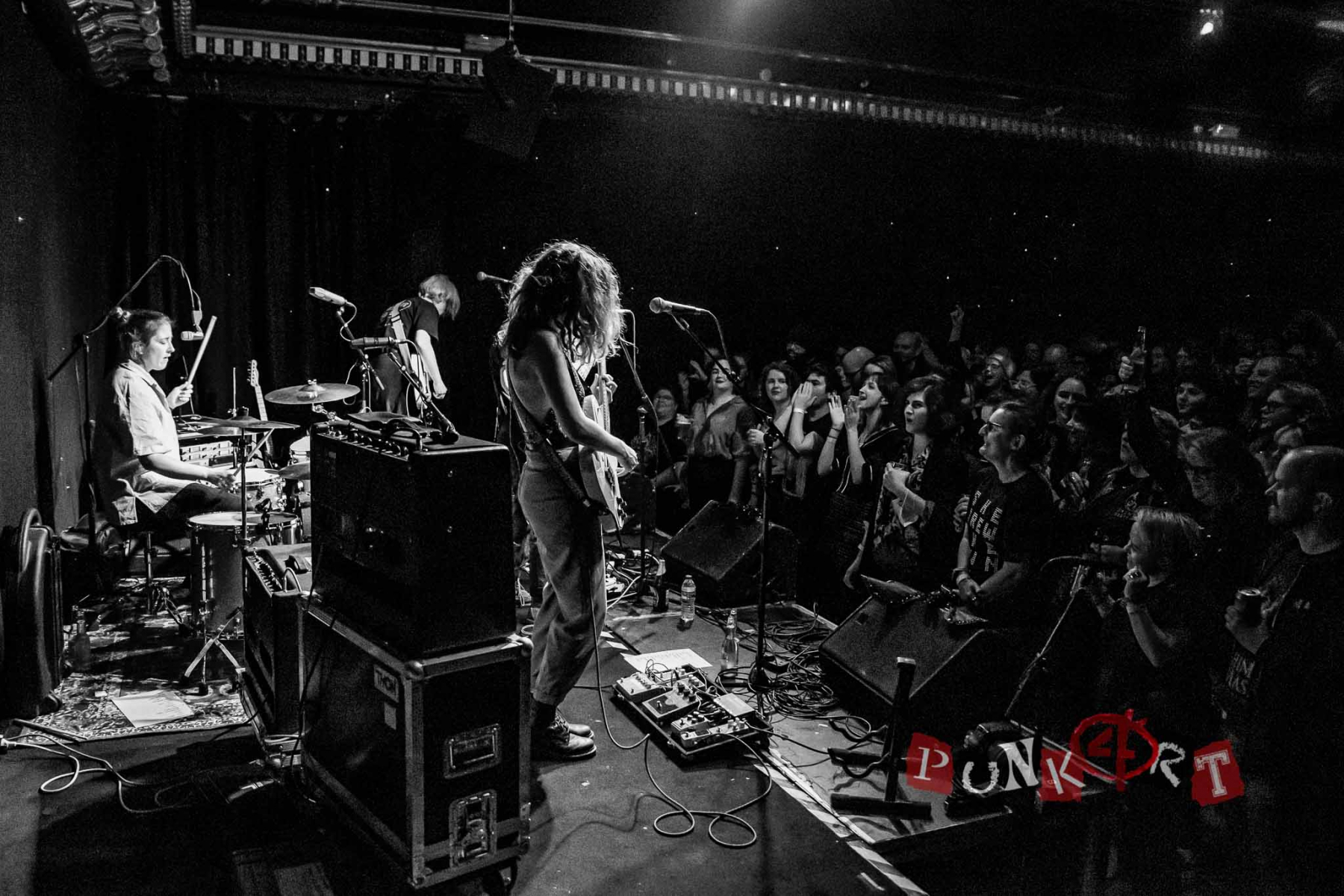 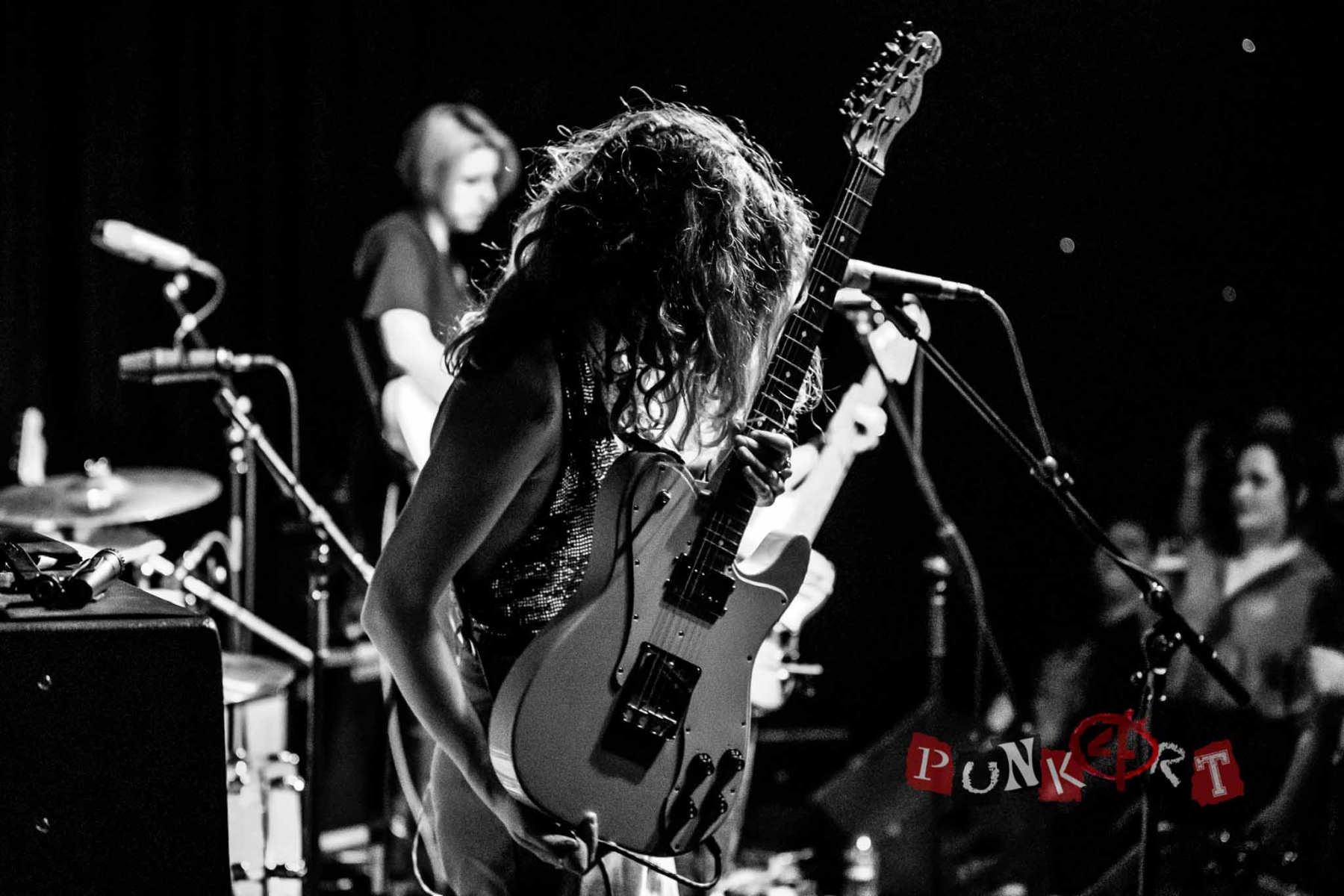 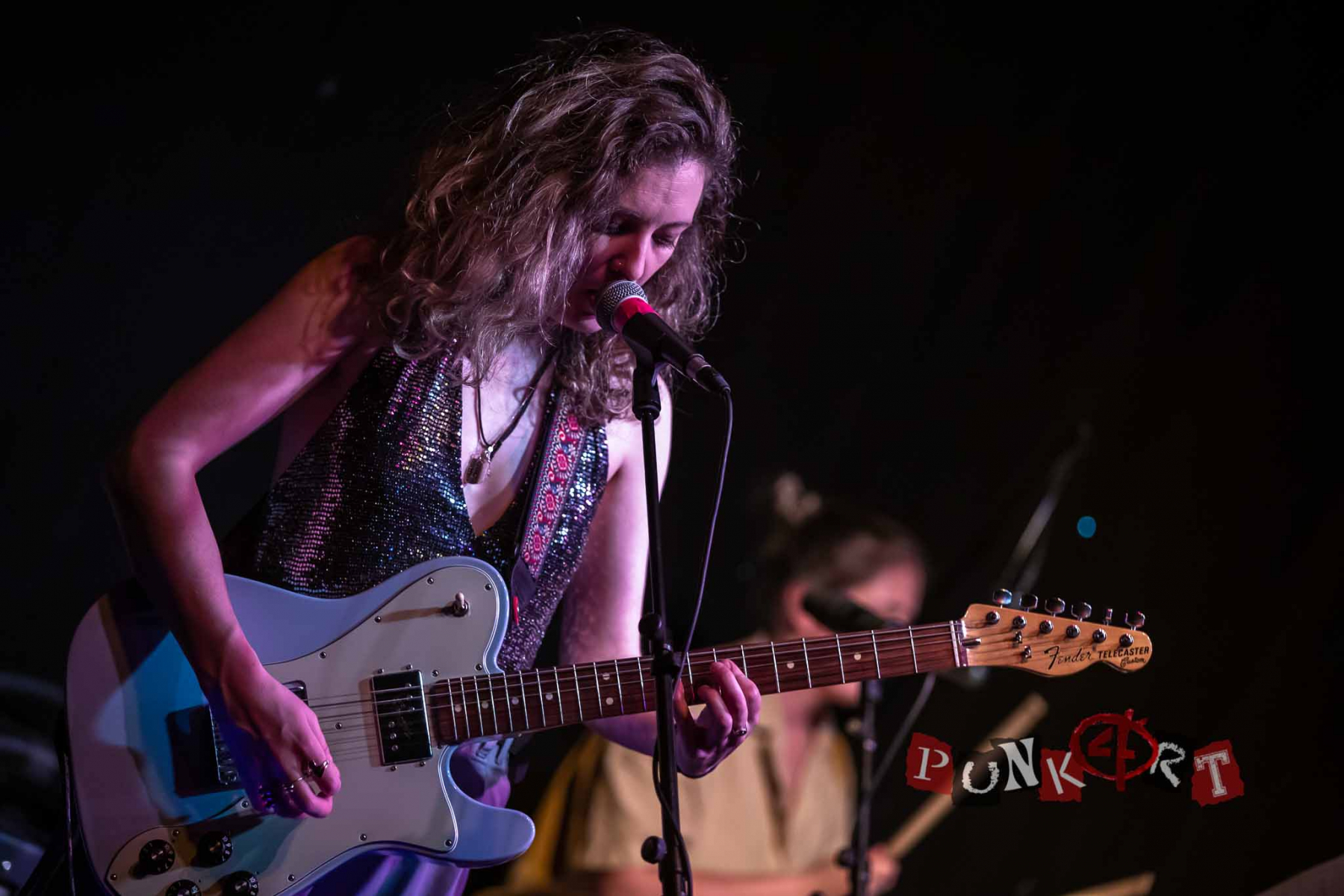 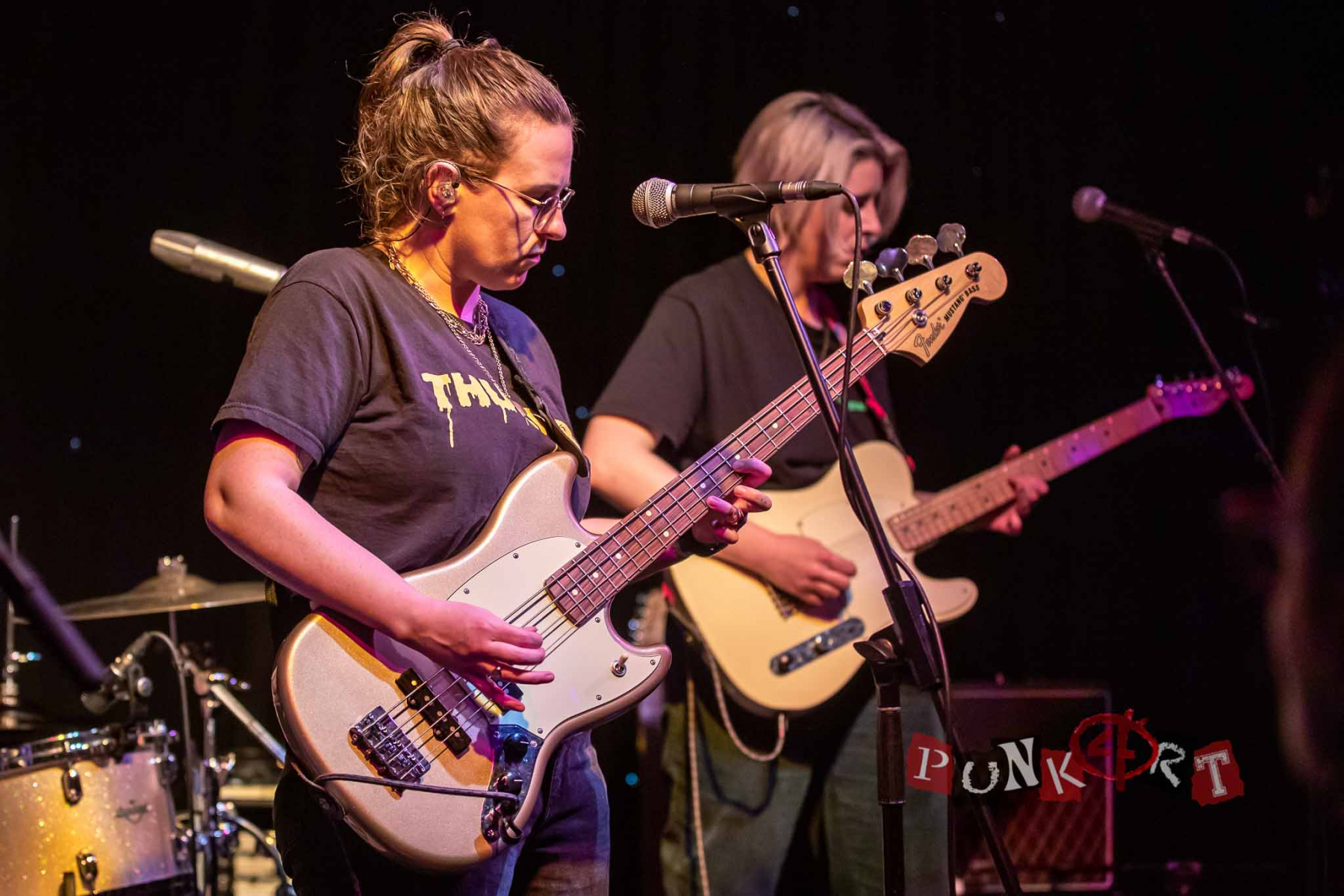 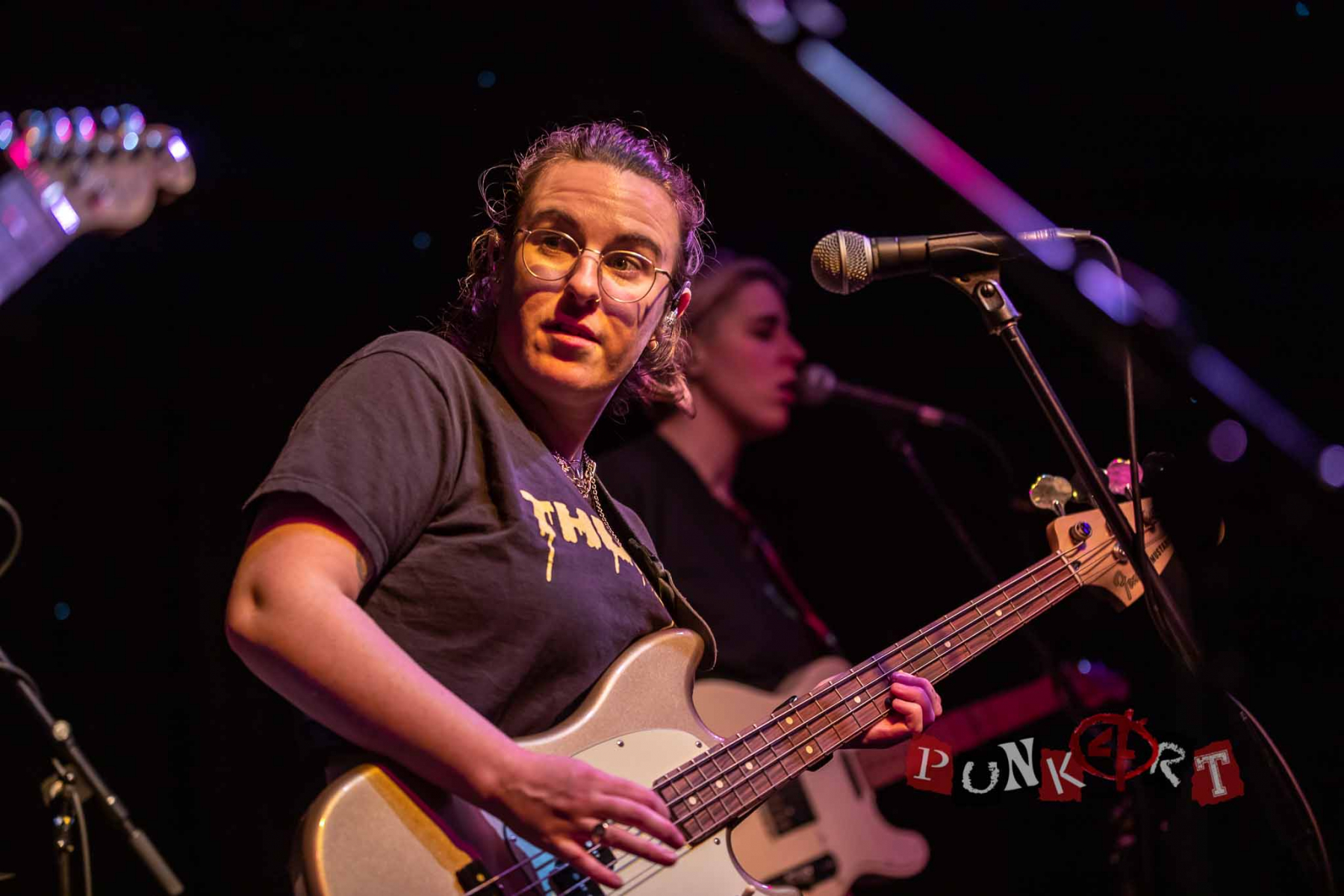 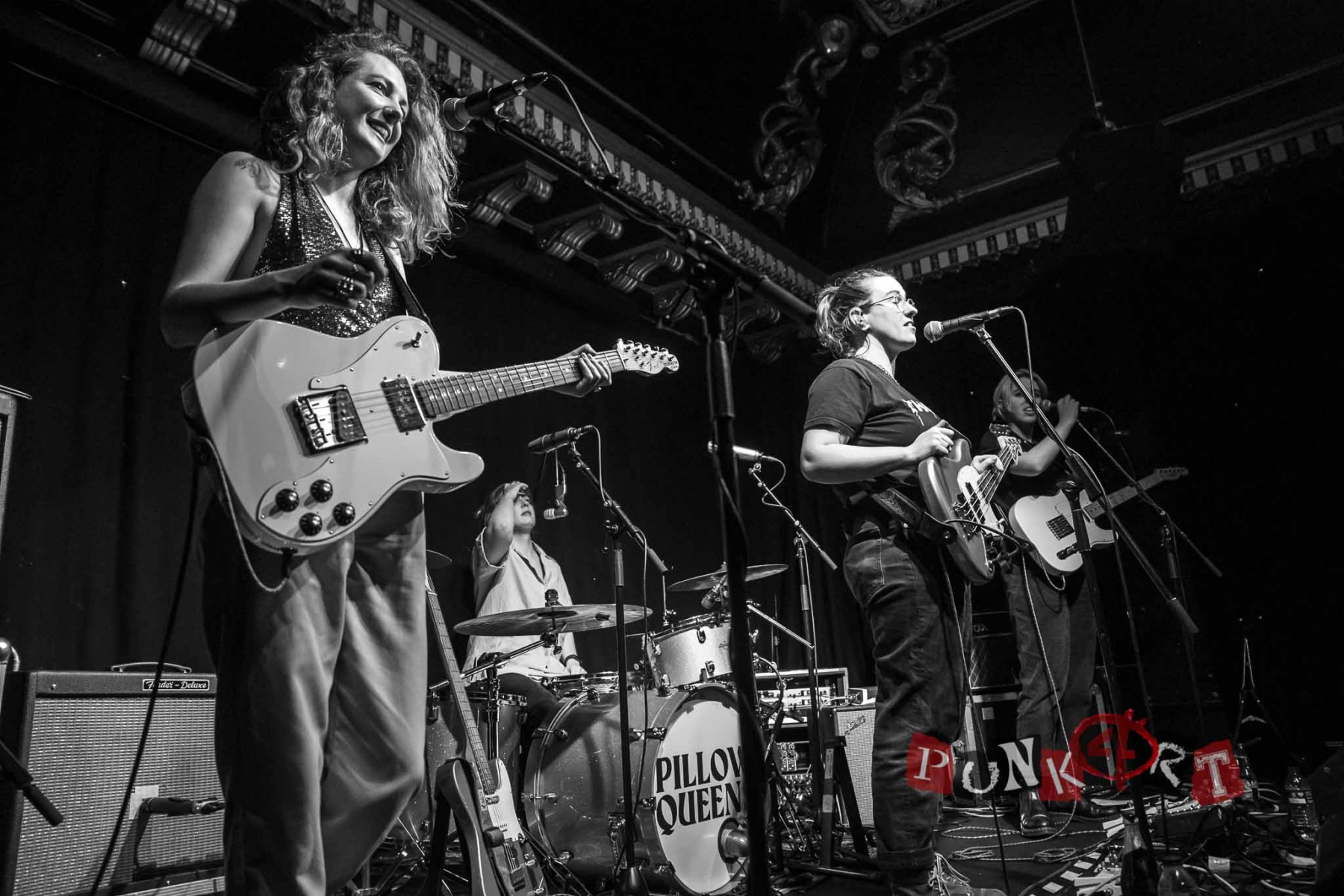 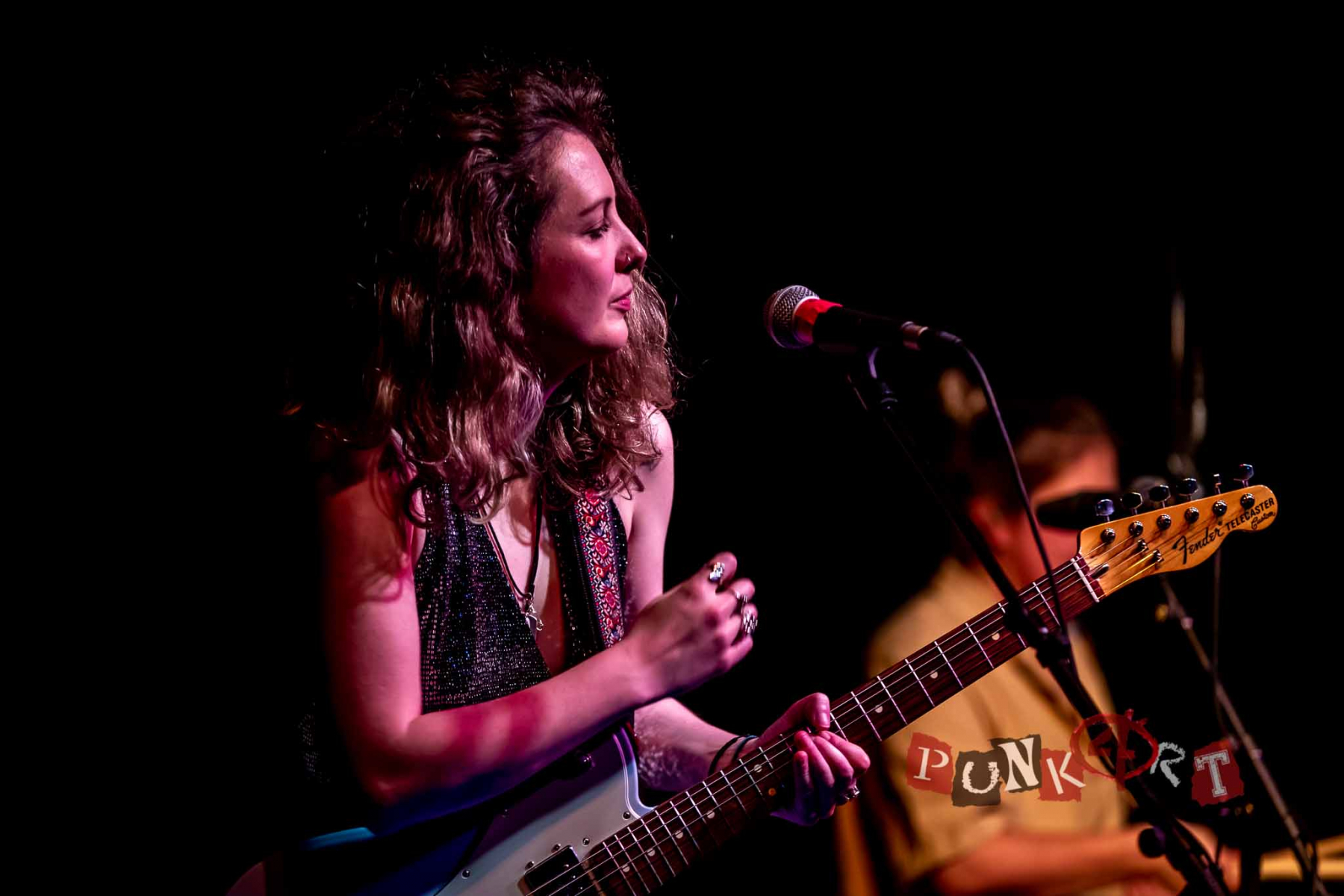 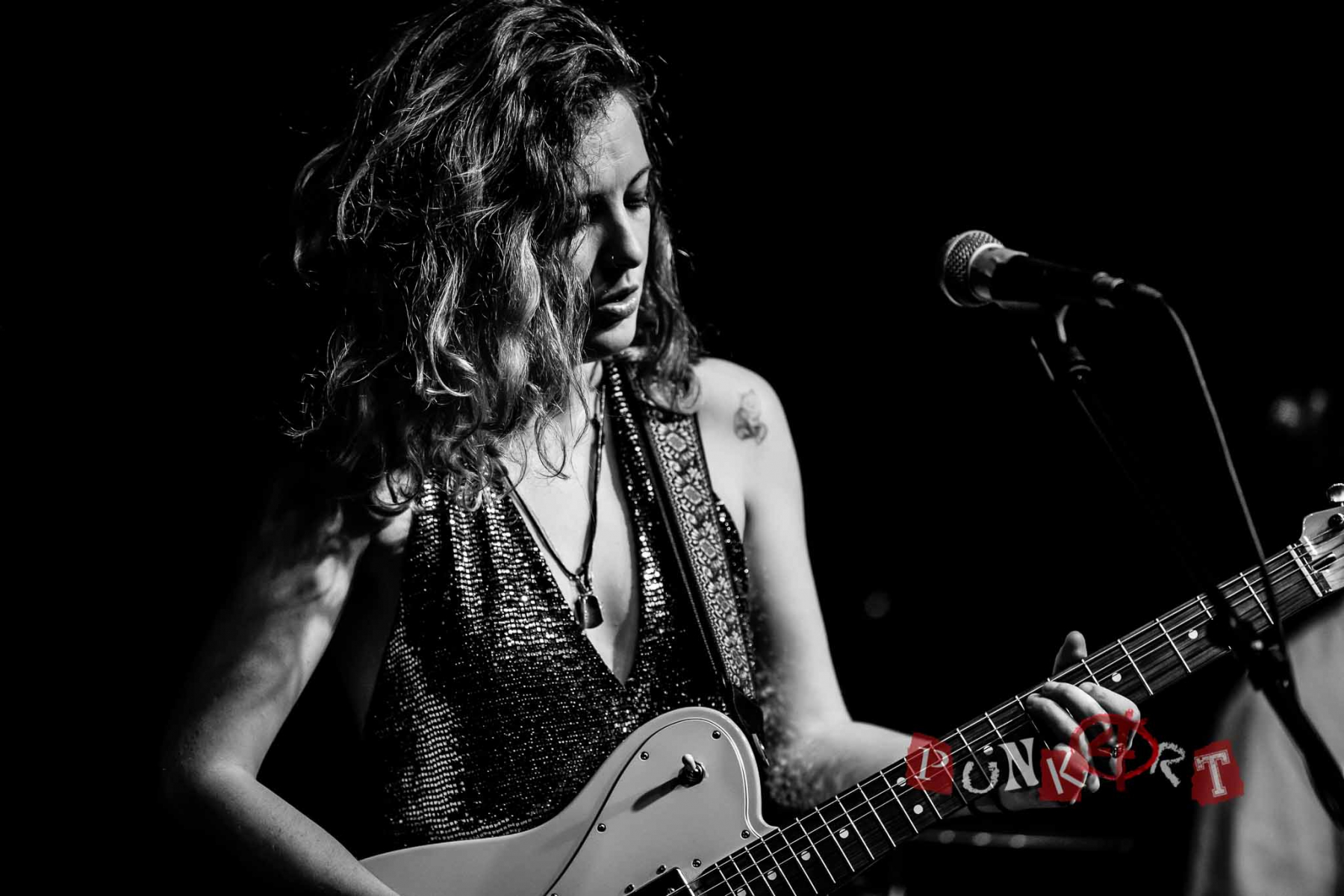