New E.P. from Those Fucking Snowflakes 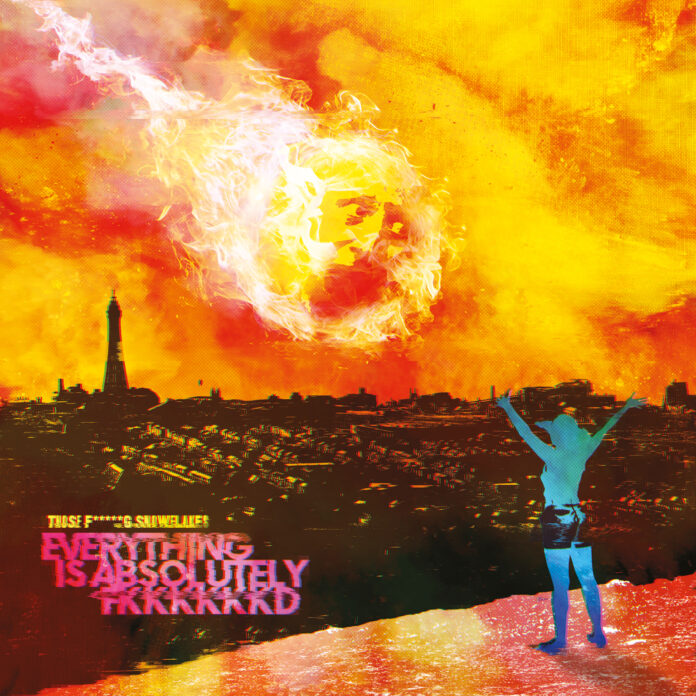 Those Fucking Snowflakes ‘Everything Is Absolutely Fkkkkkkd’

Vinyl pre-orders for the six song EP ‘Everything Is Absolutely Fkkkkkkd’ are available now. It’s the bands first release on Louder Than War Records.

New video for song ‘By The Power Of Barnard Castle’

Due Some Terrible End

By The Power Of Barnard Castle

Caudrilla Can Fuck Right Off

The birth of Punk was an inevitable backlash to the inane bland stadium rock and the hardshipsseen in 70’s Britain that were only matched when the country was raveged by war. Who could ever have imagined that there would be a return to the desolation of these days and that it would have the back drop of a war against a virus and a government whose ambivalence hasn’t been matched since the Romans ran riot. What does it take to energise the populous and galvanise them against a government that would appear untouchable. Middle England devoid of the former unity of it’s brotherhood is now over run by snowflakes. A term now commonly used for the sensitive millennials who out number a generation that grew up using common sense and hard work to earn a living instead of privilege and knee jerk responses on social media.

How do you raise awareness, well you could start by naming your band Those Fucking Snowflakes and writing some forthright songs and educate your target audience. Blackpool, the home of “Rebellion”, albeit a punk festival, is the home of such a band. Three chords were the weapon of choice in the 70’s but music has become more progressive and a more universally appealing method is required to illuminate. Of course, it takes more than music to put fire into someones belly and direct, dark but deliberate words can do it.

The latest E.P from Those Fucking Snowflakes will be released on 22nd January and is aptly named “Everything is Absolutely Fkkkkkkd”. It certainly feels like it as at the time of writing, I’m sat in a lockdown with no real end in sight. As Covid and Brexit have done their best to try to kill the creative content of musicians all over Europe, it is the subject matter for this E.P. It is angst, anger and rage that are suitably supported with some unrelenting music as a backdrop. As is the nature with any anti-establishment protest styled gene of music, it’s in your face, uncomfortable at times but ultimately engaging. It is difficult to derive the exact words throughout the entirety of all of the songs but there’s no second guessing with their titles. It’s not just politicians that feel the wrath of the lambasted lyrics but a self professed “activist” gets both barrels from these belligerent boys. The music and the lyrics are intelligent. They are energised and deliberate. If you don’t feel invigorated by this E.P. then perhaps you might just melt if you’re not careful!