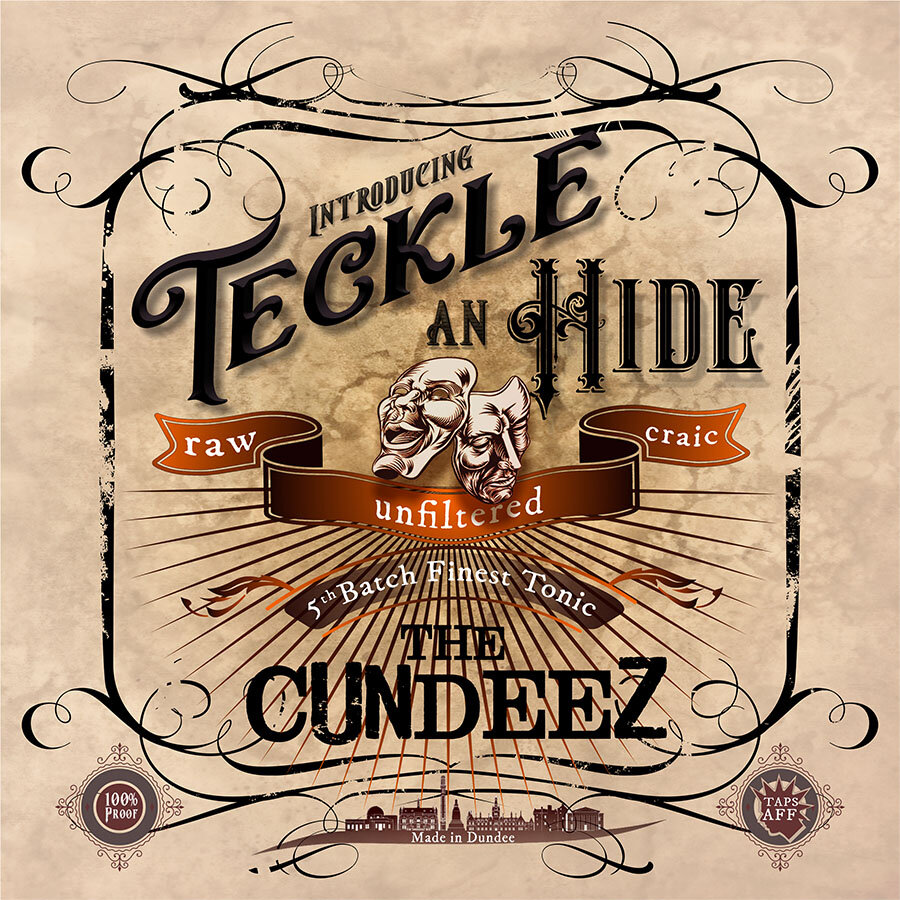 The fifth album from those Dundee “Oary” punksters The Cundeez, brings a new feel to their well establish sound. No strangers to some of the biggest punk festivals on the planet, The Cundeez have been doing their thing for over 10 years and have tapped into their local history and Scottish heritage throughout their existence. The new album certainly gives you a Scottish flavour as the bag pipe driven instrumental sets out their stall for this latest release.

Of course, the pipes alone don’t set the new album apart from previous material but with Shaun W Kerr now on drums, the Celtic influence is bolstered with some great tribal drumming. The second song pays homage to fellow Scots Peat & Diesel from Stornaway. It’s a clever way of spreading The Cundeez punk folk blend of upbeat alt infused rock with a twist of ska and Oi for good measure. Gary Robertson’s natural poetic story driven lyrics give the listener a real feel of the Dundee dialect and even to the most hardened Scots, it’s an education as he unashamedly makes no apologies or allowance for those listening if it’s not understood. A lyric sheet would be much appreciated as the carefully crafted words are worthy of dissemination.

There’s always a comic, tongue in cheek feel to most Cundeez songs and I’d never have expected a Joy Division cover to ever figure into their set. Somehow they’ve managed to do it with Love Will Tear Us Apart. Not entirely sure it fits into the album but still worthy of a listen. Cundee Armageddon (a self coined lyric) is at it’s best best when they are hammering out tunes like Bow To No One, Teckle or Up for the Craic. There’s no mistaking where the band are from with song titles like Gangs o’ Dundee and Made in Dundee but there’s a universal appeal to the subject matter as most listeners would be able identify with The Cundeez as most working class towns in Britain have had their own struggles and especially with the final tune Austerity, it’s an indicator of the times we now live in. There are 16 tracks on this latest offering and some very solid material on it, possibly their best album to date. The inclusion of the two cover versions on the album goes some way to provide insight into their live sets but could easily have been left behind in the mixing room but you best decide for yourself.

Not resting on their laurels, the enigmatic east coasters are already planing an assault as they head back into the studio to work on yet more bag pipe driven armageddon for your ear-holes!