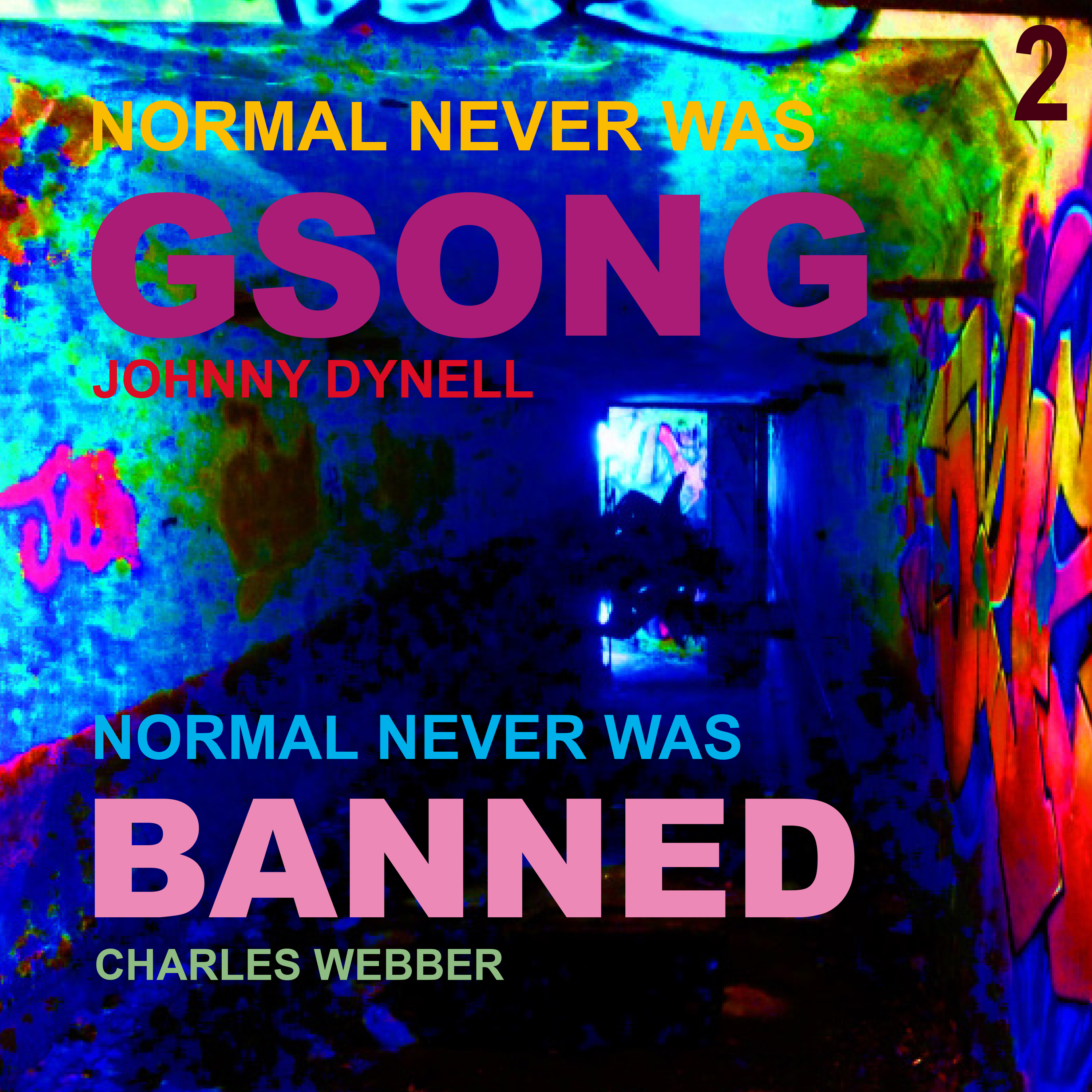 CRASS – THE FEEDING OF THE FIVE THOUSAND REMIX PROJECT

AND ‘BANNED FROM THE ROXY’ BY ELECTRONIC COMPOSER CHARLES WEBBER.

ALL PROCEEDS WILL GO TO REFUGE – WWW.REFUGE.ORG.UK

Following XL Recordings honcho Richard Russell’s remix of ‘Bomb’ a few weeks back, the Crass ‘Feeding Of The Five Thousand’ remix project enters its next stage with a high-energy dancefloor deconstruction of ‘G’s Song’ by New York DJ, producer and promoter Johnny Dynell. Well known for his 1983 cult hit ‘Jam Hot’ (remixed and sampled many times over, most famously by Fatboy Slim and his group Beats International for ‘Dub Be Good To Me’ in 1990), Dynell has had a long and illustrious career in music with his roots in the 70s Downtown No Wave art-punk scene. Dynell’s connection and friendship with Crass goes back to those days when the anarchist punk icons played their only US gigs in 1978 in New York.

“I met Gee (Vaucher, visual artist for Crass) in 1977 when she came to live in NYC and we shared a loft space with another friend,” remembers Dynell.“I met CRASS in 1978 when they came to play and we became very close. Gee had her own place by then which is where the band stayed. After practically living with them all while they were in town, I quickly became aware of how bad things were in England and that bands like CRASS were really trying to make a difference. The difference between the New York Punk scene and the English scene at the time was striking. New York was nowhere near as political or as intense. CRASS were definitely not just interested in getting a record contract. Gee was and continues to be a role model and a positive influence on me.”

Because of his fondness for Gee, Dynell picked ‘G’s Song’ for his remix. It was his favourite from ‘Feeding…’, written by Vaucher in NYC before she returned to England to join the band.

“This track was a real challenge though because I wanted to do something totally different with it,” he explains.“I wanted it to sound more like the tracks that I DJ in clubs, but still have the power and drive of the punk original. I used Steve’s iconic vocals and a few bars of the punk guitar in the intro to show the song’s roots. The drums change at the end of the song to a more driving punk beat. I hoped that this would bring back some of the original live energy of the band I’d experienced.”

The 12” also includes a jarring, cut-up experimental remix of the band’s infamous ‘Banned From The Roxy’ worked on by electronic composer and video artist Charles Webber who, apart from his own extensive compositions, has for many years collaborated closely with Crass vocalist Eve Libertine on such works as the chamber opera ‘Room of Worlds’, an arrangement of Wilhelm Reich’s ‘Listen Little Man’ and the ‘Kernschmelze’ series devised by Crass founder Penny Rimbaud.

‘Normal Never Was 2’ is available digitally and on coloured blue vinyl with a limited pressing of 500 copies on September 4thvia Crass Records, now working through One Little Independent Records.

Late last year Crass took the step of making the original separate track stems of their seminal debut album ‘The Feeding of the Five Thousand’ available as a free download. With a call to take the original sixteen track recording in its pre-mix state, the intent was for people to create their own remixes and interpretations and breathe fresh life and ideas into this revolutionary music.

First released in 1978, ‘The Feeding of the Five Thousand’ pre-empted rap and grime in its hard-on-the-beat, fast fire, uncompromising lyrics and the iconic sounds and messages are ripe for reinterpretation. Crass encouraged people to rip apart the sound and ideas and create something new, then send the files to Crass Records for future releases and charitable projects. The message is DIY like it never was before. “Yours for the taking, yours for the making,” Crass said. “You do it, we’ll stew it. Mix it backwards, forwards and upside down. Turn up the heat and fix it with a downbeat, bring in the trumpets and let ‘em blow, let the piper call the tune to let us all know. It’s up to you to do what you like with it. The only limitation is your imagination.”

All monies raised from the project will go to the charity ‘Refuge’ – http://www.refuge.org.uk who state:

‘Refuge is incredibly grateful to Crass and their team for helping raise vital funds for Refuge. Since the start of lockdown, Refuge has seen a 66% rise in demand for its Helpline, and a 950% rise in visits to its Helpline website. This shows the sheer extent of the need for specialist domestic abuse services – not just during lockdown but beyond. Every penny raised helps us to ensure that no woman or child is turned away from safety.

‘While lockdown itself doesn’t cause domestic abuse – abuse happens all year round – it does, of course, have the potential to aggravate pre-existing abusive behaviours – and the data we have shows us the increase in the need for our services during lockdown. Refuge worked incredibly hard at the beginning of the pandemic to make sure our services remained open and remained safe. The generous donations we have received, including those from Crass, mean we can continue to provide the life-saving and life-changing services that women experiencing domestic abuse need and deserve.’